Helping the nesting birds displaced by the Hampton Roads Bridge-Tunnel Expansion Project has gone to the dogs.

The Hampton Roads Bridge-Tunnel Expansion Project needs to encourage birds that used to build nests on part of the connector to move to a new site. To make sure they don’t come back, the project has brought in a pack of working dogs.

The expansion of the Hampton Roads Bridge-Tunnel (HRBT), which connects Hampton and Norfolk, is underway, and as Bay Bulletin reported in February, one of the artificial islands along the HRBT was paved over to stage construction equipment. Because the island was a prime colony spot for migratory birds, project managers needed a way to discourage birds from returning to South Island and instead establish their colonies on the adjacent Fort Wool Island.

The solution was Border Collies.

The project’s Bird Management Plan seeks to gently dissuade the birds that have historically nested or would possibly nest on South Island, such as various species of gulls, from doing so now that the island is a construction site. Some techniques listed in the plan include visual and audio deterrents, netting, wire grids, and no doubt the favorite of the entire project team, dogs.

Stephen Meyers, spokesman for the Hampton Roads Connector Partners, says that in addition to passive control measures that would aim to keep returning birds away, project members “realized they also needed to have an active measure” in the form of trained canines. The project reached out to Rebecca Gibson, owner of Flyaway Geese, which uses dogs to humanely manage bird populations at places like military installations, airports, and golf courses.

Gibson says she has a crew of 20 Border Collies on the South Island job, and since late winter, they’ve been spending 30 days on the island followed by two weeks at home. While on South Island, the dogs and their handlers work day and night shifts circling the perimeter. The goal is to make any approaching birds think twice about coming in for a landing, and for these dogs, all it takes is some movement.

“Border Collies are silent workers; they do not bark. They stalk,” Gibson explains.

“The body posture of a Border Collie to a bird is that of a wolf, coyote, or fox and all of those things are natural predators to birds that spend time on the ground, especially birds that nest on the ground like gulls and terns and things like that. So something that moves like a wolf or coyote instantly triggers a predator response in the brain of the bird.”

So far, using dogs as a preventative measure has been “extremely successful,” Meyers says. “We have not had a bird nest on the island,” adds Gibson.

The birds that would normally make their nest on South Island have found their way to Fort Wool and appear to be adapting to their new spot. Gibson reports that there are now “thousands upon thousands of birds” there.

She’s received reports from project members on Fort Wool that nature is carrying on and eggs have been found. “The birds are doing their bird thing. They definitely took the transition well and it has not affected their nesting season.”

The dogs’ involvement began in February and is likely to last through August or September, the end of the migratory season, says Meyers. He adds that the dogs may be back in the same capacity next year, depending on how things look.

As for the canines as project crew members, it’s become clear that they’re a well-respected and beloved part of the scene. “Everybody has been great about keeping the dogs safe on the island,” Gibson says.

As summer approaches, the dogs’ outside shifts will be limited, they’ll have access to air conditioned spaces, and may even wear booties or cooling vests if the asphalt and air temperatures get high.

Meyers calls the Border Collies “a nice addition to our construction crew.” “You can see the people out there working on the island, they smile every time they see the dogs.”

All signs point to a successful effort to safely provide the birds with an alternative place to nest while the project is underway, something Meyers and Gibson consider a win all around.

“It’s definitely a win for the dogs,” says Gibson. “Day in, day out, it doesn’t matter. They want to go to work.”

With the Bay’s beloved rockfish in trouble, fisheries managers voted to reduce the coastwide striped 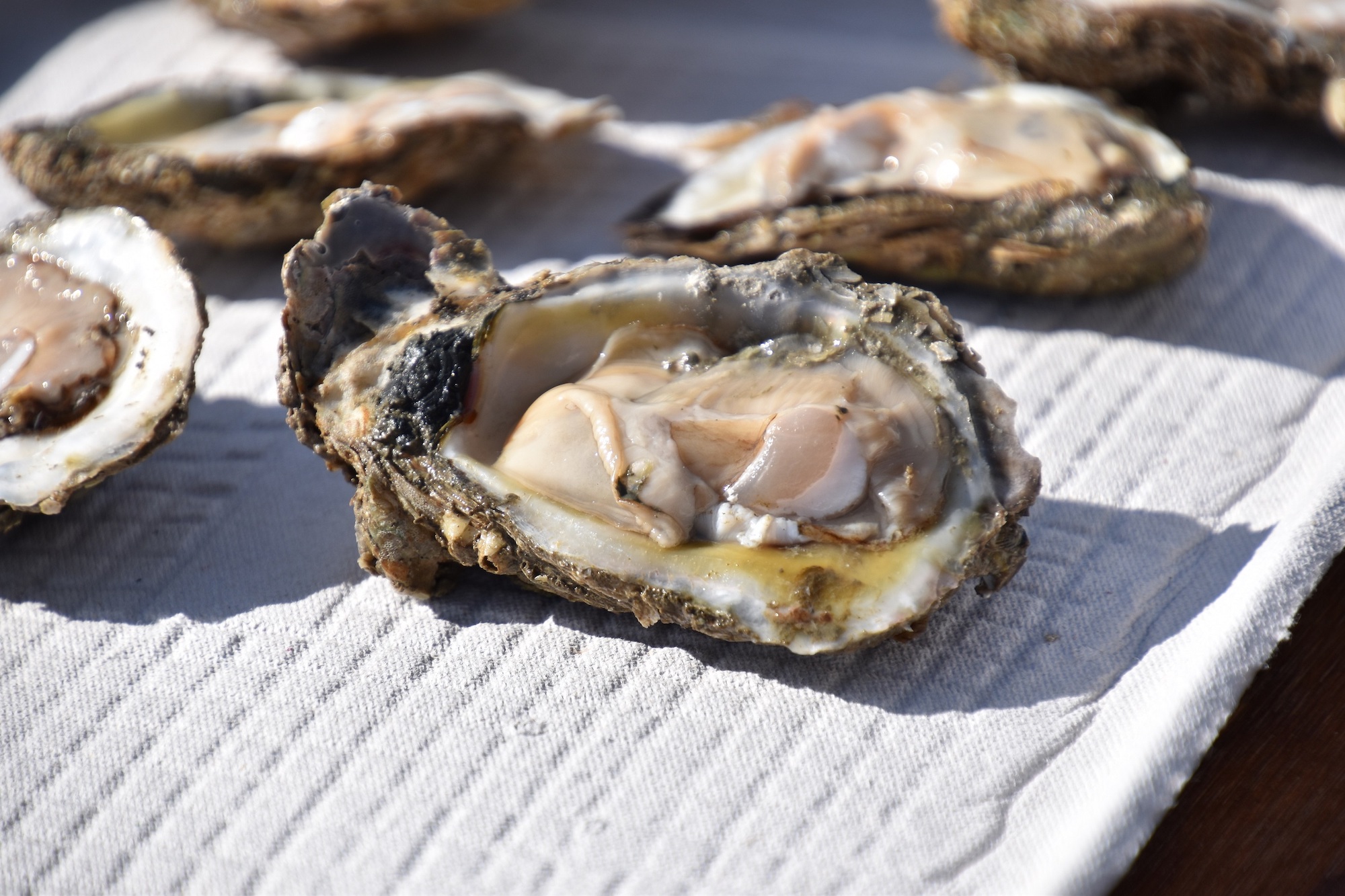 October has arrived on the Bay, and communities are ready to celebrate oyster season. With

Millions of Dollars on the Line at White Marlin Open

There is just one day left to fish in the 44th Annual White Marlin Open,