What was left of an historic building on the former Bainbridge Naval Training Center in Port Deposit is now a total loss following a fire Wednesday.

The Maryland State Fire Marshal’s Office is investigating the fire. Water Witch Fire Volunteer Company responded to the scene along with the Susquehanna Hose Company around noon Wednesday. It took five hours to get the fire under control, and Water Witch reports that one firefighter was taken to the hospital.

The abandoned building is part of a 1,100-acre campus on the northeast bank of the Susquehanna River, where a naval training base operated from 1942 to 1976. It was also home to the Tome School for Boys.

The fire marshal’s office says Bainbridge “has been the site of numerous fires over the years dating back to the ’80s.” A fire on the property in 2018 was ruled arson. The campus is overgrown with few of the more than 500 structures it once housed still intact.

Trash to Treasure: Call for Artists to Transform Old Oars

Old oars, neglected and forgotten, have been accumulating at the Havre de Grace Maritime Museum

Climate change is usually discussed in a negative manner. However, there can be occasional silver linings 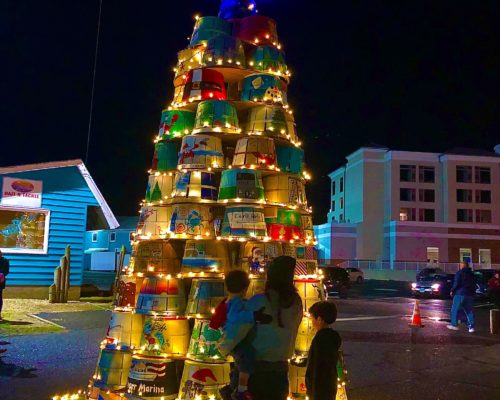 December may be the month for mistletoe and holly, but it’s also time to raise