The James River Buffer Program (JRBP), a 2019 effort to put trees along private shoreline in the Middle James region, is doubling down with a new $1.1 million grant for the Upper James.

The new funds, awarded to the Chesapeake Bay Foundation and the James River Association from the Virginia Environmental Endowment’s (VEE) James River Water Quality Improvement Program, will go towards expanding the program for landowners in the Upper James, in addition to the Middle James which is currently being served. The combined goal for the program is to plant 1,377 acres of trees along streams and rivers in the both the Middle and Upper James watersheds. The program covers all costs for landowners and farmers to plant and maintain forest buffers.

On the Upper James region, 200 acres of streamside forests will be restored over three years, which the program says will prevent nearly 200,000 pounds of sediment pollution from entering the James River and the Chesapeake Bay. In addition to the sediment, it will also substantially reduce nitrogren and phosphorous pollution.

“The hundreds of acres of new forested buffers created under this program will lead to cleaner rivers and streams, more wildlife, and greener pastures,” said CBF Virginia Executive Director Peggy Sanner. “We are deeply grateful to VEE for this important opportunity to expand work in the Upper James River watershed, which will ultimately have lasting benefits for farmers, landowners, and waterways across a large part of Virginia.”

Restoring buffers of trees and native plants absorbs and filters agricultural pollution, but also stabilizes eroding stream banks to reduce the threat of flooding, and createsfavorable conditions for native fish and habitat for wildlife.

Some of the projects under this program aim to encourage the comeback of the endangered golden-winged warbler, a bird whose population has declined by roughly two-thirds in the past 50 years.

More than 81,000 trees have been planted as part of the program just since last year, led by the James River Association and the Virginia Department of Forestry.

“The JRBP effort has relied on strong partnerships with landowners, Soil and Water Conservation Districts, Virginia Outdoors Foundation, and Virginia Department of Forestry,” said JRA’s Senior Watershed Restoration Manager Amber Ellis. “We are excited to continue those efforts and expand the program with CBF as a key leader in our headwaters.”

Landowners can apply to the James River Buffer Program at jamesriverbuffers.org or emailing [email protected]. Upper James residents can apply now for their application can be processed starting January 2021.

Under the program there will also be opportunities for volunteer tree planting and workshops for residents, and the James River Association currently has a goal to reach 1,428 trees planted this fall. You can still sign up for a planting in December. 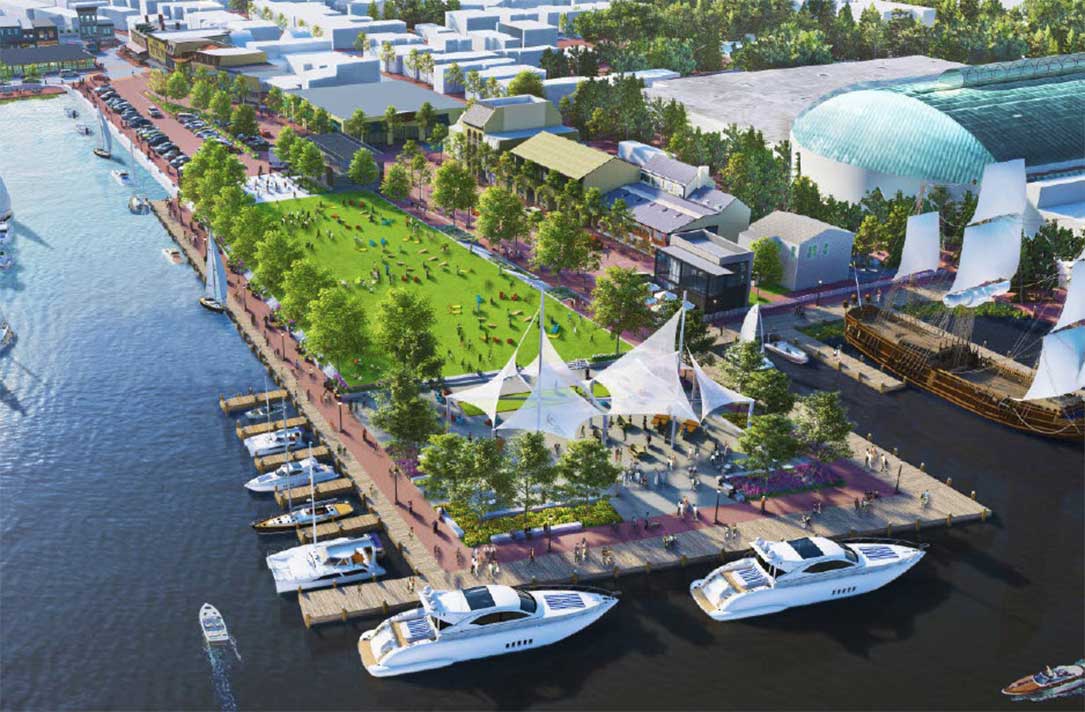 With the Pride of Baltimore II and Watermark’s Harbor Queen in the background, federal and