Whatever the steam-powered seine boat Canvasback was up to on the Severn River in the summer of 1906, it wasn’t fishing. Turn-of-the-century rubberneckers must have wondered what all the non-fishy onboard activity meant. ¶ On the aft deck, two men aimed sextants at pyramid-shaped wooden towers along the shoreline. In a cage attached to the starboard-side roof, another man lowered a lead line. Stationed on the port side, yet another crewman held a stout metal chain that trailed into the river. Periodically, the leadsman and the chain guy called out information to a crewman hunched over a logbook. ¶ Behind the 42-foot U.S. Bureau of Fisheries launch—in fact towed by it—was a smaller boat bearing a cargo of buoys and their keeper. As the junior boat dutifully tagged along, deploying a buoy from time to time, the Canvasback ran zigzag and parallel routes across the Severn. ¶ What the Canvasback was up to was charting the location, depth and extent of Maryland’s most precious natural resource, oysters. By summer’s end, the boat and a handful of companion vessels had surveyed 33,676 acres of bottom in Anne Arundel County tidewater, making 37,049 soundings and bottom readings, running 424 miles of sounding lines, placing 362 buoys and delineating 92 “natural” oyster bars to be reserved for public use. ¶ So far, so good. Only 11 more counties and 986,324 acres of bottom to go.

Prior to widespread use of internal combustion engines, and long before GPS and sonar, the 1906–1912 Maryland Oyster Survey accomplished with steam power, sextants and hand tongs an exhaustive scientific survey of all the state’s productive, promising and barren shellfish beds. In all, 1,600 square miles of water (an area the size of Alabama) were charted. Known today as the Yates Survey, for the federal official who oversaw the joint governmental project, it became a model for other states.

George M. Bowers, commissioner of the U.S. Bureau of Fisheries at the time, called it “the largest, most accurate, most elaborate work of the kind ever undertaken.” Yet it almost didn’t happen.

In the late 19th century, Maryland was the greatest oyster-producing region in the world. At its peak in 1885, the fishery yielded 15 million bushels, about one-third of the entire world’s annual harvest. By 1904, however, Maryland’s haul had dropped to 4.5 million bushels as the Chesapeake became heavily fished. Bowers’s agency firmly believed that aquaculture was the key to preserving the bivalve and the industry it supported. Maryland, not so much.

“Oyster leasing and bottom cultivation were not just questioned, they were ridiculed” by 19th-century oystermen, wrote historian Kate Livie in Chesapeake Oysters: The Bay’s Foundation and Future.

After the turn of the century, though, a faint-but-growing chorus advocated oyster cultivation as a means to a more sustainable fishery. The state’s so-called “Five-Acre Law” already permitted small-scale private oyster beds. A handful of biologists and a then-minority of state legislators favored leasing even larger tracts of underproductive bars to private oyster farmers.

Oystermen accounted for catching more than 90 percent of Maryland’s annual harvest. They feared institutionalized oyster culture would benefit wealthy interests at the expense of their livelihoods. Disputes had already flared. In December 1905, the state dispatched the oyster navy vessel Governor Thomas to Crisfield to police a dispute between local oystermen and the Tangier Packing Company over the latter’s leased beds.

Official sentiment flipped surprisingly in April 1906. Reconsidering a measure they had repeatedly rejected, legislators approved the Haman Oyster Culture Act. A statutory juggling feat, it provided for private leasing of as many as 500 acres per lessee of unproductive oyster bottom, while protecting oystermen’s rights to harvest on public (natural) reefs, defined as any bottom that yielded sufficient oysters in a given year for oystermen to make a living.

Implementation came with a caveat: “No barren bottoms should be leased in any part of the State until the natural bars of that region [have] been surveyed, charted and marked with buoys,” decreed the newly created Maryland Shell Fish Commission. Joined by the federal Fisheries Bureau and the U.S. Coast and Geodetic Survey, the commission embarked on the unprecedented survey later that year. Its leader was Captain Charles C. Yates of the Coast and Geodetic Survey.

Yates had supervised previous hydrographic surveys in the Chesapeake and commanded the Baltimore-based survey ship Endeavor at the time of his new assignment. Short in stature, he held outsized beliefs in surveying’s ability to affect political change and resolve territorial disputes. When scientific methods were applied to a problem, such as resistance to oyster cultivation, he believed even hardened skeptics could be persuaded. On his first day, Yates reportedly had a sign nailed to the mast of his launch that read, “A survey that does not lead to legislation is a failure.”

The state’s point man was Swepson Earle, descended from an old Queen Anne’s County family and then-editor of the U.S. Lighthouse Board’s Notice to Mariners. As chief hydrographic engineer, he directly supervised field operations aboard the Canvasback, where his knowledge of local waters and prior work with the Coast and Geodetic Survey served him well. With his patrician nose and accountant’s haircut, Earle looked like he belonged in a boardroom rather than a boat. Although he adapted to both venues, the oyster survey steered him toward a lifelong devotion to conservation.

Before the Yates Survey, the state’s approach to quantifying its oyster bounty was imperfect at best. Dredge surveys estimated densities, but comparisons were iffy because amounts varied based on the operator’s skill level. Their owners demarcated leased beds. Everything else was unmarked, commonly owned and open to harvesting by the frequently squabbling tongers and dredgers.

Navy hydrographic surveyor Francis Winslow conducted Maryland’s first scientific oyster assessment in Tangier and Pocomoke sounds in 1878–79. Delineating oyster bars by latitude and longitude was the most accurate way of mapping them, albeit time-consuming and costly, especially when performed on a Maryland-sized scale. But the Haman Act depended on accurate charts.

Using existing federally surveyed geodetic landmarks called triangulation stations—and establishing stations where none existed—Yates and Earle methodically charted oyster grounds, county by oyster-producing county. Using sextants, the triangulators on the Canvasback lined up angles against a series of coastal triangulation stations, marked by wooden towers erected so the stations could be seen from afar. Recording observed angles, a crewman with a protractor could plot the boat’s position non-electronically with astonishing precision—accurate to within one foot per mile.

“Triangulation is not easy. They had to do it constantly. It’s just an astonishing accomplishment,” says Mitchell Tarnowski, a shellfish biologist with the Maryland Department of Natural Resources who participated in DNR’s last comprehensive survey of natural oyster bars 30 years ago.

Each triangulation station included a geographic description of its location and “references,” notable nearby features that could pinpoint the station should, as often happened, its bronze marker be lost to erosion. References could be delightfully prosaic. One South River station reference note included: “nail in a persimmon tree,” “red post on porch at Edgewater post-office” and “lone cedar tree opposite shore.”

Other data were recorded as well. The leadsman determined water depths and bottom composition. A hired oysterman estimated oyster density by interpreting the number and type of vibrations he felt on a rudimentary chain drag. Carefully positioned directly over the end of the sunken drag, the small, towed boat dropped flagged buoys along every sounding line to mark bottom areas for closer examination. The launch Investigator, carrying an experienced local oysterman, was then dispatched to tong the marked bottom. His licks determined the number of oysters present per square yard.

The survey fleet ranged from the little buoy tender to the 120-foot oyster navy steamer Governor R.M. McLane, which surveyed “bold waters of the Bay” unsafe for the Canvasback, and the slightly larger, converted paddlewheeler Oyster, the survey’s floating headquarters/houseboat. The 135-foot vessel boasted living quarters for 38 crewmen and officers, a mess and staffed galley, and workrooms for draftsmen, engineers and biologists.

When surveys were completed in one waterway, the McLane towed the houseboat to the next anchorage, where operations resumed. Fieldwork began June 29, 1906, in Anne Arundel County and concluded December 15, 1910, in Dorchester County. But the work didn’t end there; field records had to be duplicated and interpreted, and charts made establishing the legal boundaries of natural oyster bars.

Some of the paperwork fell to the three-member Shell Fish Commission and its secretary, Dr. Caswell Grave, a bespectacled Johns Hopkins University zoology professor and oyster culture expert. Grave authored the commission’s four comprehensive reports and wrote A Manual of Oyster Culture, an educational companion volume to the Yates Survey summary. One obituary praised the zoologist’s oyster bona fides, noting wearily that “his wise counsel, which although unfortunately frequently disregarded, has nevertheless been of great practical value.”

A year after its completion, the survey’s critics began thwarting its main objective. The General Assembly amended the Haman Act, redefining “natural” beds and reclassifying over 50,000 acres of bottom to render them non-leasable.

Charles Yates left the Coast and Geodetic Survey in 1917 for a national shipping post in New York City. Swepson Earle served three terms as state Conservation Commissioner in the 1920s and ’30s, advocating for causes that included the Chesapeake Biological Laboratory in Solomons. An avid photographer, Earle also published two pictorial books celebrating the disappearing landscapes of his native Eastern Shore and Chesapeake Bay. The photographs were “scenes taken by me while engaging in surveying the waters of the Chesapeake and its tributaries.”

Their work, and the Yates Survey legacy, endures. “We still refer to the Yates oyster bars when we do our annual fall survey,” DNR’s Tarnowski says. “They are the actual heart of those NOBs [natural oyster bars].”

CBM contributing writer and history buff Marty LeGrand has been covering boating and environmental issues since 1996. 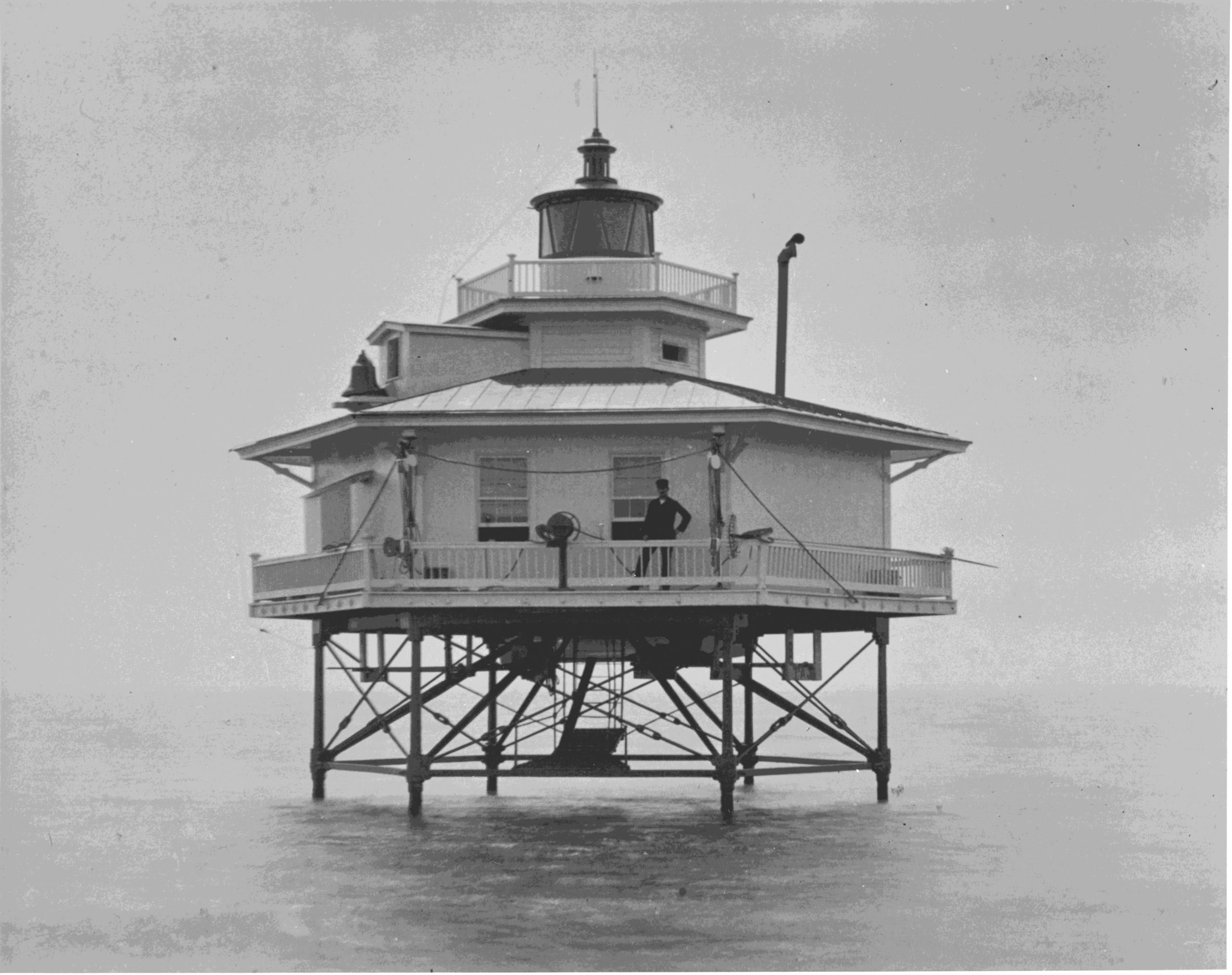 By Larry Chowning Early in the morning of July 15, 1861, a watch officer aboard 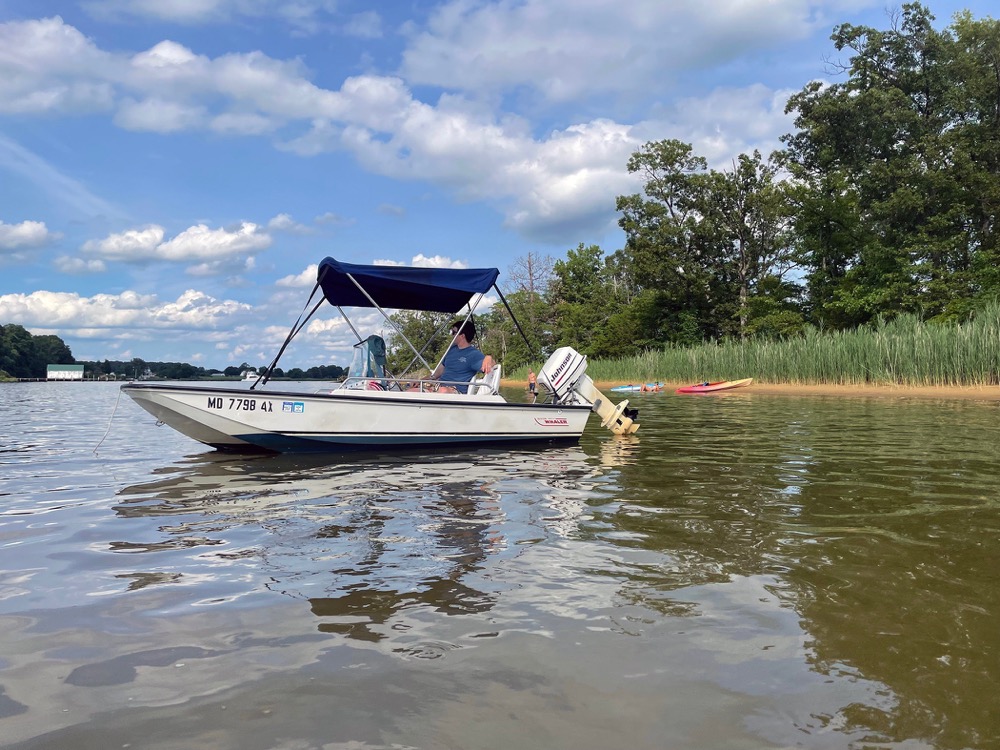 The Big Joy of a Little Old Boat

An old Boston Whaler opens up a new world. By Kate Livie A good friend