A Virginia sailboat builder and founder of a local yacht club has died at the age of 91. Harry Sindle passed away in late April after a long battle with Parkinson’s disease, at home on Wilson Creek off Mobjack Bay’s Ware River with family beside him.

Sindle was a pioneer in bringing fiberglass boatbuilding to a region long known for wooden deadrise workboats back in the 1960s.

Raised on the New Jersey Shore, he began sailing as a child and went on to compete in international regattas in fast one-design dinghies like Lightnings, Thistles, Comets, and Flying Dutchmen (6-time National Champion). He won a gold medal for the United States in the latter class at the 1959 Pan American Games and competed in the 1960 Olympics in Rome.

After military service in Korea and graduating from Rutgers University with a degree in Mechanical Engineering, he helped found a company building small sailboats in New Jersey. He moved to Gloucester in 1963 to work with Roger Moorman, who had designed and begun building Mobjack daysailers in an old building at White Marsh, on Rt. 17 between Gloucester and Gloucester Point. Mobjack Manufacturing Company’s best-known model was the 17’ Mobjack, one of the first planing one-design dinghy classes built of fiberglass. Deltaville’s Fishing Bay Yacht Club registered the original fleet. It has been a competitive class there for more than sixty years.

Sindle designed several other classes for the Mobjack Company, including the Blue Crab 11, Skipjack 15, Newport 17, and Holiday 20.  In time, Browning Arms purchased the company and renamed it Newport Boats. Sindle continued to design and build with Newport, Robin Hood Marine, and then Gloucester Yachts, which he managed in a plant on Ware Neck that produced the Gloucester 19, 20, 23, and 27, along with fiberglass versions of iconic Chesapeake boats, including the Hampton One Design and Lightning. He also became Virginia’s first Laser dealer. And in a nod to his love of Mobjack Bay, he helped found the Ware River Yacht Club and served as Commodore.

In the last three years of his time at Gloucester Yachts (1984-86), he also built the Buccaneer 18, whose molds the company had just purchased. He sailed the boat for fun and raced it, liking it enough that he bought the molds in 1988 and produced 29 of the boats at Cardinal Yachts. His comments on the design give the flavor of the man:

“Of all the boats I’ve sailed, the Buccaneer represents the best and most sensible design which is suitable for both day sailing and racing. While not a beginner’s boat, it is forgiving enough that one quickly becomes comfortable with it. At the same time it is a good enough performer so one doesn’t tire of it…Finally, it is a very attractive design, with its contemporary styling, rakish bow, and well-balanced sailplan. And who wants a boat that is not pretty to look at?” 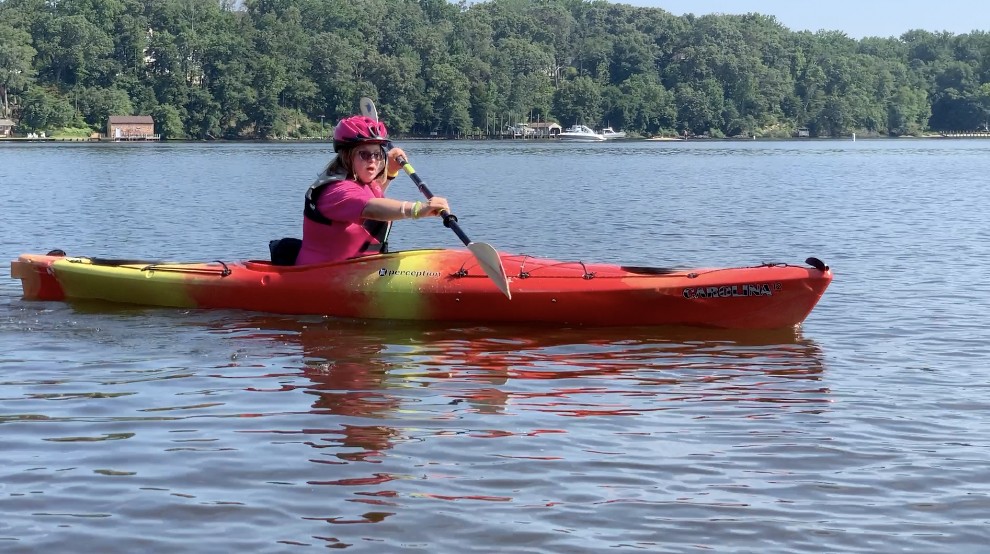 A group of Special Olympians is training hard in Anne Arundel County, Md., and feeling