Marine heat waves could lay siege to the Chesapeake Bay for more than half of a typical year by 2100, pushing its ecosystem “past a dangerous tipping point,” warns a new study by researchers at the Virginia Institute of Marine Sciences.

The findings, published in Frontiers in Marine Science, present a new concern for scientists and officials engaged in efforts to improve Bay water quality.

A warming climate has already raised the Bay’s average water temperature by 2 degrees Fahrenheit over the past 30 years, prior research shows. Marine heat waves, which last for at least five consecutive days and increase temperatures by as much as 14 degrees above normal, compound the problem.

“These drastic changes can be really harmful and impact [living] things in an acute way,” said VIMS oceanographer Piero Mazzini, the paper’s co-author. “When you have an extreme event that kills a large amount of organisms, it can be hard to recover.”

Analyzing temperature statistics from six monitoring stations around the Bay, Mazzini and fellow VIMS researcher Cassia Pianca found that episodes of extreme heat are happening more often. From 1986 to 2010, the Chesapeake averaged four to five heat waves per year. Since then, there have typically been six to eight events per year.

If that trend continues, they predict, heat waves will plague the Bay an average of once per month within 50 years — and by the end of the century, its waters will be in a “semipermanent” heat wave state, with days of abnormally high temperatures springing up about half of the year.

A separate study at VIMS recently explored what’s driving up temperatures. That research, led by doctorate student Kyle Hinson, ruled out warm water flowing from rivers into the Bay because the effects were too local. The study also cast doubt on tidal incursions from the Atlantic Ocean because they only seemed to warm the mouth of the Bay. The most likely cause is the warmth in the atmosphere transferring heat to the water below, the researchers found.

“There’s very little we can do to stop that” at the regional level, Mazzini said. “It’s already happening. It’s not something we can stop suddenly. It’s a global issue.”

When a heat wave strikes the Bay, ecological troubles follow, scientists say. Extreme heat enhances the temperature divide between the upper and bottom waters, promotes the rapid growth of harmful algae blooms and worsens the flow of nutrients from the land to the water. Combined, those factors rob the Bay’s depths of oxygen, creating “dead zones” where aquatic life is likely to suffocate and die.

If heat waves strike at regular intervals, Mazzini and Pianca warn that die-offs and other heat-related changes could send the Bay’s ecosystem into a tailspin. For instance, the hot water could accelerate the expected shift from cool-tolerant species to those that prefer the warmth.

Eelgrass, an underwater grass in the Lower Bay that provides important habitat for young blue crabs, is already in decline because of warming temperatures and could be all but pushed out of the estuary, Pianca said.

The Bay’s scientific community has become increasingly alarmed by the overall warming of its waters. In January, the scientific panel that helps guide the Bay restoration hosted a daylong virtual workshop about the warming trend. Most of the participants agreed that much more research needs to be done.

“An increase in the duration, frequency and intensity of these extreme marine heat events year to year could stress living things beyond a point where they can recover,” said Julie Reichert-Nguyen, a natural resources specialist with the National Oceanic and Atmospheric Administration’s Chesapeake Bay Office in Annapolis.

“They could also more drastically affect the water quality needed to support healthy fish habitat afterward,” she said. “To make informed management decisions, we need a better understanding of these marine heat waves and the tolerance of different species when exposed to them.” 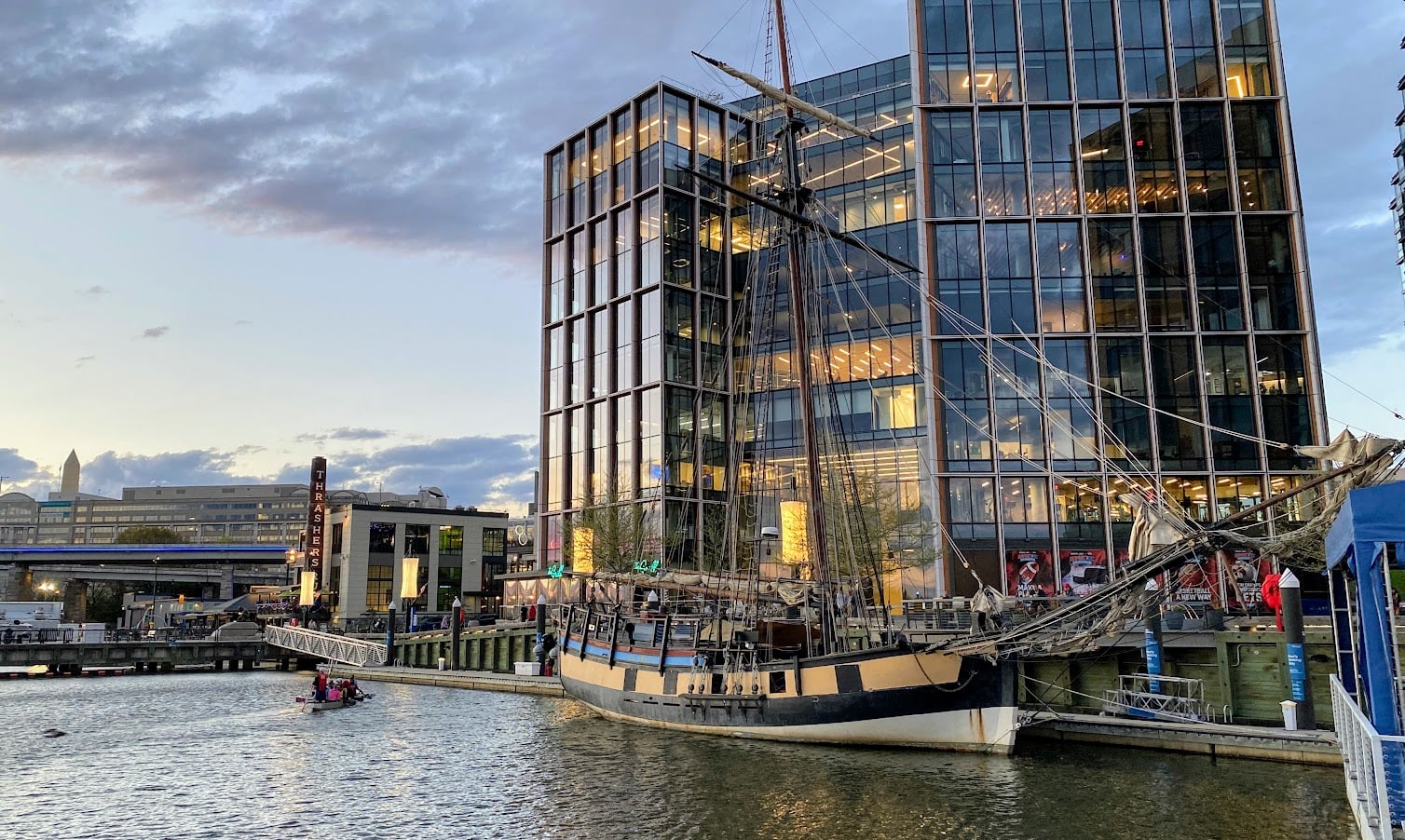 The Wharf is an ever-growing part the Washington, D.C. waterfront, and now it has a

Flexing Mussels to Restore Water Quality of the James River

On October 23rd, three divers descended into the James River near downtown Richmond, Virginia, each

After a tumultuous few years for menhaden management in Virginia, the state will avoid a