Maryland officials placed new restrictions Monday on harvesting wild oysters this fall and winter but dropped a plan to shorten the season that had drawn fire from watermen and seafood dealers.

Instead of delaying the opening of the harvest season, the regulations posted online by the Department of Natural Resources trim the number of days per week when watermen can harvest oysters — something its own staff has suggested wouldn’t do much.

The leader of a watermen’s group praised the state’s revision as “common sense,” but the Chesapeake Bay Foundation called it a “half-hearted” attempt to deal with overharvesting of the economically and ecologically important shellfish.

The DNR got industry pushback last week when it unveiled a set of proposed oystering regulations that fisheries managers said were needed to reduce harvest pressure.

The centerpiece of that plan called for trimming 10 working days each from the first and last month of the season, which traditionally runs from Oct. 1 to March 31. It also called for reducing the maximum daily allowable catch and for temporarily closing some areas to harvest.

The closed areas include much of the Bay north of the Bay Bridge – where oysters are already scarce — plus other spots where watermen had planted hatchery-spawned oysters to grow to harvestable size.

DNR Secretary Jeannie Haddaway-Riccio said at a Sept. 9 public meeting that the state needed to “start trending in the right direction” after scientists last year concluded that the state’s stock of market-sized oysters had declined by half since 1999. The scientists also said that more than half of the waters open for harvest were being overfished.

Since then, the DNR has been under pressure from environmentalists and supportive lawmakers to clamp down on commercial harvest in recognition of oysters’ ecological value. They filter nutrients and sediment from water and provide habitat for other fish and marine creatures.

DNR staff had estimated that the proposed restrictions put forward a week ago would reduce the commercial harvest by about 30 percent. Haddaway-Riccio described them as the first step toward achieving a sustainable commercial fishery in 8 to 10 years.

But watermen complained that the proposed restrictions, especially the shortened season, went too far and would hurt not only their livelihood but the entire seafood industry. Delaying the start of the season, they warned, would hamper the industry’s ability to capitalize on peak consumer demand for oysters leading up to the Thanksgiving holiday.

The rules posted Monday still reduce the maximum daily catch limits by 20 to 33 percent and close some areas temporarily. But instead of a shorter season, they bar watermen from harvesting oysters on Wednesdays, reducing from five to four the number of days they can haul in bivalves.

In their proposal a week ago, the DNR staff had said shortening the season would account for the lion’s share of the 30 percent overall harvest reduction they expected from the entire package of oystering restrictions.

A press release issued by DNR announcing the final rules didn’t explain why the original plan had been revised. But it said the department’s fisheries staff figure the new package of revised restrictions would still reduce the harvest by about 26 percent. The release didn’t provide any information to back that up.

Robert T. Brown Sr., president of the Maryland Watermen’s Association, called the rules revision “a step in the right direction.” He praised the DNR for heeding industry pleas not to curtail the season “so we’re able to keep our markets.”

The final rules happen to be similar to the alternative restrictions watermen had suggested they could accept. At last week’s public meeting, Brown had urged the state to shorten the workweek instead of the season.

“They picked the best common-sense plan that was proposed,” he said.

But Allison Colden, the Bay Foundation’s Maryland fisheries scientist, questioned the value of the DNR rules. She noted that the department’s own scientists had concluded earlier this year that trimming the harvest by one day a week would, in their words, have “little conservation impact.”

Data compiled by DNR staff show that just 25 percent of watermen harvested oysters five days a week at the beginning of previous seasons. And by the end of the season, only 5 to 10 percent go out every day.

Colden said she’d had doubts before about whether the proposed restrictions the DNR unveiled a week ago would achieve anything like a 30 percent harvest reduction. She pointed out that the DNR’s own data show that the vast majority of watermen don’t catch their limit on any given day. Thus, reducing the maximum daily harvest may not matter much, either, she said.

Likewise, she said, the department already collaborates with watermen to temporarily close certain areas to harvest until the oysters grow larger. But the DNR didn’t propose to close the overfished areas identified by scientists.

“We sort of felt that what was presented at the meeting a week ago was smoke and mirrors,” she said. “But at this point, it doesn’t seem they even care about maintaining the smoke.”

“Historic” Agreement to Clean Up Coal Ash in Va. 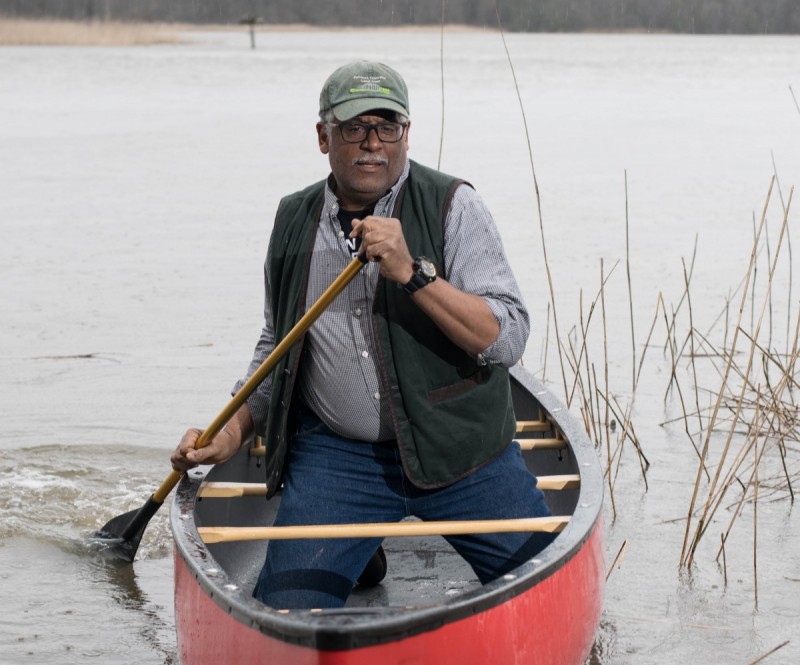 Woman Rescued, Boat Operator Under the Influence near Assawoman Bay

A group of a dozen people on a Carolina Skiff noticed one person, a 20-year-old