While the state of Maryland plows ahead with studies considering the addition of a new span of the Chesapeake Bay Bridge, a group of counties that border the Bay are getting serious about their plan to bring back ferry service like the days of old.

As Bay Bulletin reported in June 2022, the Maryland Transportation Authority and the Federal Highway Administration are currently considering all aspects of a new Chesapeake Bay crossing, from the $9 billion cost of building a new span to “No-Build Alternative” options, during the first year of a $28 million, four- to five-year Bay Crossing Tier 2 Study.

As the RFP makes clear, the consortium hopes to fine that at least some of the destinations are ripe for ferry departures and arrivals and, subsequently, for the additional tourism dollars that they would hopefully bring.

The RFP notes the strain that the arrival of the Chesapeake Bay Bridge put on waterfront towns beginning in 1952, but also highlights the importance of tourism to Maryland’s modern-day economy—to the tune of $26.4 billion, according to the Economic Impact of Tourism in Maryland.

The RFP asserts that “significant travel by water, unless operating a personal boat, is currently missing from the Chesapeake Bay experience,” and that the experiential travel, or “slow travel,” offered by a passenger ferry service would bring the region in line with other water-oriented regions, from Seattle to the Outer Banks. Locally, tourists enjoy using the service between Oxford and Bellevue, Md. in Talbot County.

“It’s not just about connecting destinations,” Kristen Pironis, Executive Director of Visit Annapolis & Anne Arundel County, tells Bay Bulletin. “It’s about being connected to the Chesapeake Bay. People love the nostalgia of slow travel across the Bay. They want to be close to the water. They want to be out there. If the study determines passenger ferry service along Maryland’s portion of the Chesapeake Bay is feasible, we’ll be one step closer to providing equal and equitable access to the Bay, and that would be a game changer for the destinations involved and, more importantly, the visitors.”

And if the study indicates that the barriers are too prohibitive for some cities and towns to consider passenger ferry service?

Pironis believes there’s still much to be gained, and it’s encouraging that so many Maryland destinations are working together on a project like this.

“This is a transformational moment,” says Pironis. “Regardless of what the findings of the feasibility study might be, the relationships and partnerships that have been formed aren’t going away … Support for the feasibility study included letters of support from a host of tourism offices from surrounding counties.”

The deadline for proposals is February 15, 2023, with VAAAC aiming to select a consultant within 40 days and release the results of the completed study to the public in June.

A possible tornado touched down in Salisbury, Maryland Monday afternoon, tossing cars on top of 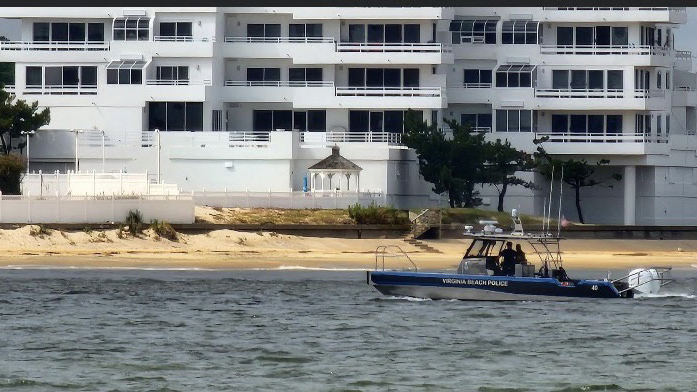