Archaeologists with the Maryland Department of Transportation State Highway Administration (SHA) are on a unique quest in Dorchester County.

They are searching for the home of Harriet Tubman’s father on a property within Blackwater Wildlife Refuge. Local historians say Tubman’s father, Ben Ross, was given a home and 10 acres in the 1830s, where Tubman lived with him for a few years.

“Finding Harriet Tubman’s father’s home would be an amazing discovery,” said Dr. Julie Schablitsky, MDOT SHA’s Chief Archaeologist. “Being able to add a new chapter to her life through archaeology and share it with the traveling public is an honor.”

SHA is working with the U.S. Fish and Wildlife Service (USFWS), which owns the property at Blackwater southwest of Cambridge. The partners aim to locate the site of Ross’s home to include it in the Harriet Tubman Underground Railroad Byway, a 125-mile scenic drive that currently includes more than 30 sites related to Harriet Tubman’s life and her role as an abolitionist and conductor on the Underground Railroad.

Tubman was born on the Thompson Farm in Dorchester County around 1822. Ross, her father, cut timber on the plantation, much of it for the Baltimore shipyards. When she and her mother were enslaved by the Brodess family and moved, Ross remained at the Thompson Farm until 1846.

SHA will be onsite searching for a total of two weeks. While historians aren’t sure if archaeologists will be able to locate his original home, they say any discoveries related to Tubman’s family would be significant.

“Any artifacts the archaeologists find will mean so much to the community,” said local African American historian and community member Hershel Johnson. “Any insight into how Harriet lived will be invaluable in understanding the history that led to her involvement with the Underground Railroad.”

Dorchester County is known as “Harriet Tubman Country.” It’s home to the Harriet Tubman Underground Railroad State Park and Visitor Center, open Thursday through Sunday by reservation during the COVID-19 pandemic. For details and reservations, go to the center’s website.

SHA archaeologists will continue to dig and document everything they find the explore and share this key piece of African American history.

“It is critical for the stories of Maryland history to be documented and shared,” said MDOT SHA Administrator Tim Smith. “For MDOT SHA archaeologists to lead the way in discovering them is a source of pride for our department.”

A cherished holiday tradition on Tangier Island won’t go on as planned this year, but 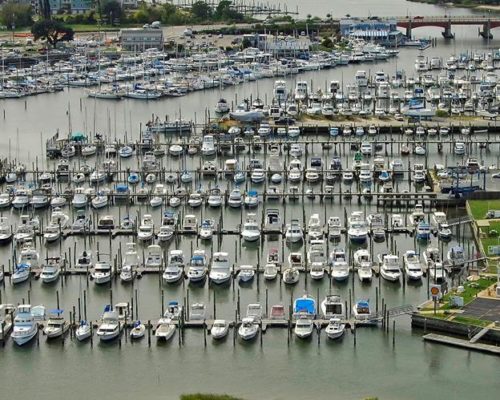 The U.S. Geological Survey (USGS) confirms a 4.7 magnitude earthquake was detected in the Atlantic