Declaring that the need for states to work together to fight climate change “grows stronger every day,” Gov. Larry Hogan announced Wednesday that Maryland would join the U.S. Climate Alliance, a mostly Democratic coalition of states committed to reducing greenhouse gases.

The move, disclosed in a letter released by Hogan’s office, represents a shift for the Republican governor, who had remained noncommittal to pleas last year for Maryland to join the alliance, saying he wasn’t sure what the group’s intentions were.

In the letter to the alliance, Hogan recalled that he had publicly disagreed with President Donald Trump’s decision last year to withdraw from the 2015 Paris climate accord reached by nearly 200 nations, including the United States.

For much of last year, Hogan had been sparing in his public comments, pro or con, on the Trump administration, something Democrats had relentlessly highlighted. But Hogan is seeking re-election this year in a state where voters are overwhelmingly registered Democrats, and where surveys show they tend to support environmental protections.

Some had pressed Hogan last June to join the alliance, a group of 15 states — including Delaware, New York and Virginia in the Bay watershed — that have pledged to curb greenhouse gases in accordance with the 2016 Paris agreement.

Hogan rebuffed those calls, then, by saying Maryland’s clean air standards were already more stringent than those called for in the Paris deal. He reiterated that stance in the letter Wednesday, but indicated that his views about the need for state action have changed.

“The importance of aggressive but balanced action in states, communities and businesses, and the need for multi-state collaboration and international leadership on climate change, grows stronger every day,” Hogan wrote.

His chief reason for joining the alliance, the governor said, will be to urge all states to adopt air quality standards and greenhouse gas reduction goals as strong as Maryland’s.

The state is on track to meet a goal set in 2009 of reducing climate-altering emissions 25 percent by 2020, and is working on a plan to reduce emissions even further — by 40 percent by 2030.

Hogan’s pledge to join the Climate Alliance drew a mixed reaction from environmentalists, who are continuing to press for even stronger climate action in Maryland.

Karla Raettig, executive director of the Maryland League of Conservation Voters, applauded the Hogan administration’s decisions to address climate change as the federal government balks. But she added that Maryland can “continue to lead on climate” by increasing renewable energy production in the state even more.

Mike Tidwell, executive director of Chesapeake Climate Action Network, saw nothing to praise, arguing that Hogan should have joined the alliance months ago. “Why did it take so long?” he asked. “What evidence was he weighing?”

Tidwell charged that Hogan had been similarly slow to publicly criticize the Trump administration’s move to withdraw the Clean Power Plan. “[Hogan] has never embraced the single-most powerful tool for reducing carbon pollution in the state — the renewable portfolio standard,” Tidwell said. That standard, adopted in some form by 30 states, requires electricity generators to produce a portion of their power from renewable sources.

In 2016, Hogan vetoed legislation that increased Maryland’s renewable energy requirement from 20 percent to 25 percent by 2020, saying it would force citizens to pay for “overly expensive” solar and wind energy credits. The Democrat-dominated General Assembly overrode that veto last year.

New legislation is being introduced this year that, if passed, would raise the goal to 50 percent renewable power by 2030. Environmental activists rallied at the State House Wednesday in support of that bill. 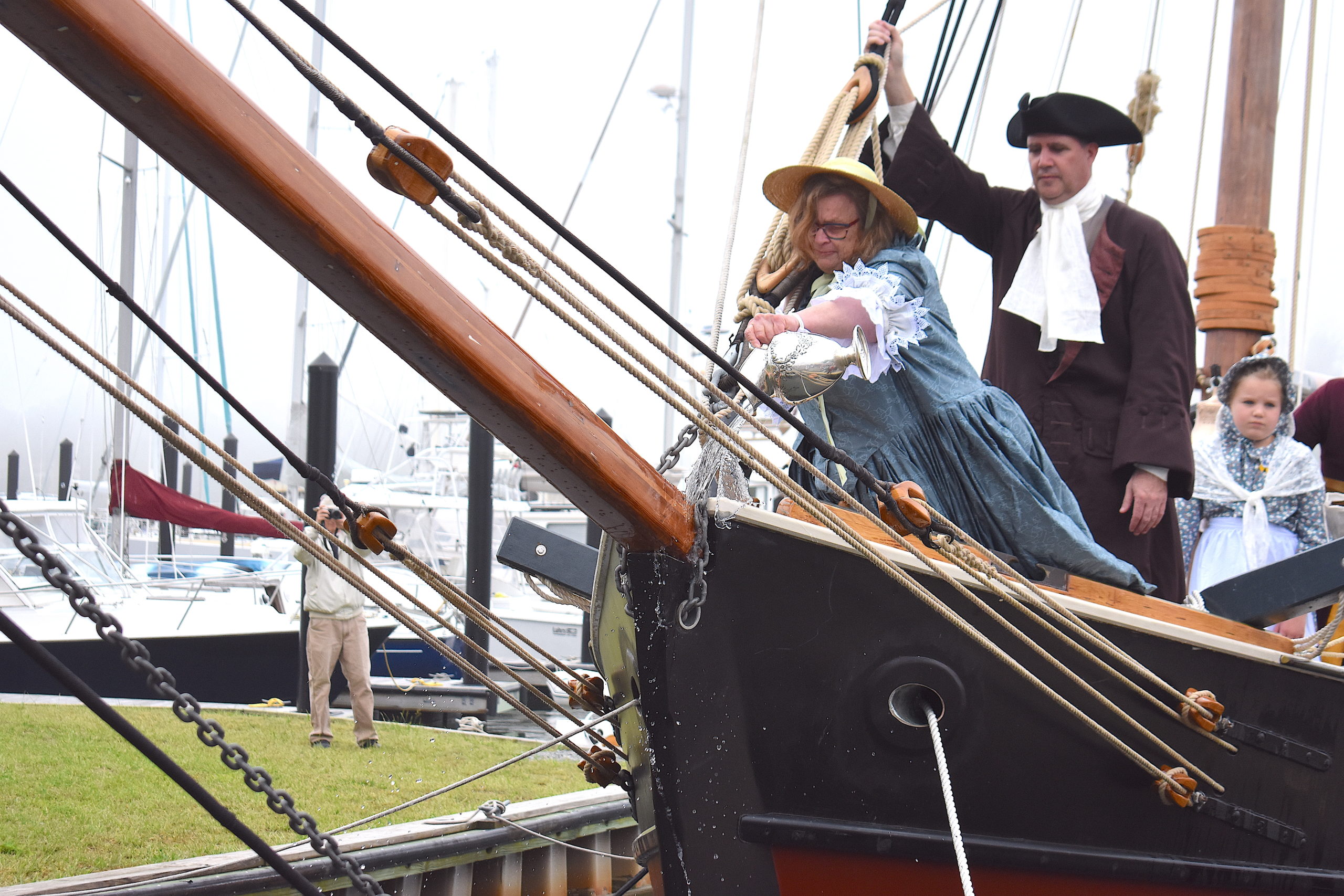 A 17th- and 18th-century style ship christening ceremony was held Saturday, May 14 for the

Not everyone has heard of it yet, but the U.S. Coast Guard will be enforcing