Skip to content
Advertisement
Andy Fox and his record catch

A Southern Maryland man holds a new state fishing record for catching a nearly 20-pound snakehead with a bow and arrow. The Maryland Department of Natural Resources (DNR) confirms the fish caught on Mattawoman Creek last month is the state’s biggest yet.

Late at night while bowfishing with two friends, 41-year-old Mechanicsville resident Andrew Fox spotted the largest snakehead he’d ever seen off the side of his boat. After firing an arrow and striking the fish, Fox pulled in the snakehead to assess his catch.

At 35.157 inches and 19.9 pounds, Fox’s fish broke the Maryland record set by Dutch Baldwin’s 18.42-pound snakehead back in May of 2016. Fox plans to have his historic fish mounted for display.

DNR encourages anyone who comes across a northern snakehead to kill it rather than release it into the wild. If you catch a tagged fish, the agency asks you to record the length of the snakehead, along with its location, and report it to the toll-free number listed on the tag. 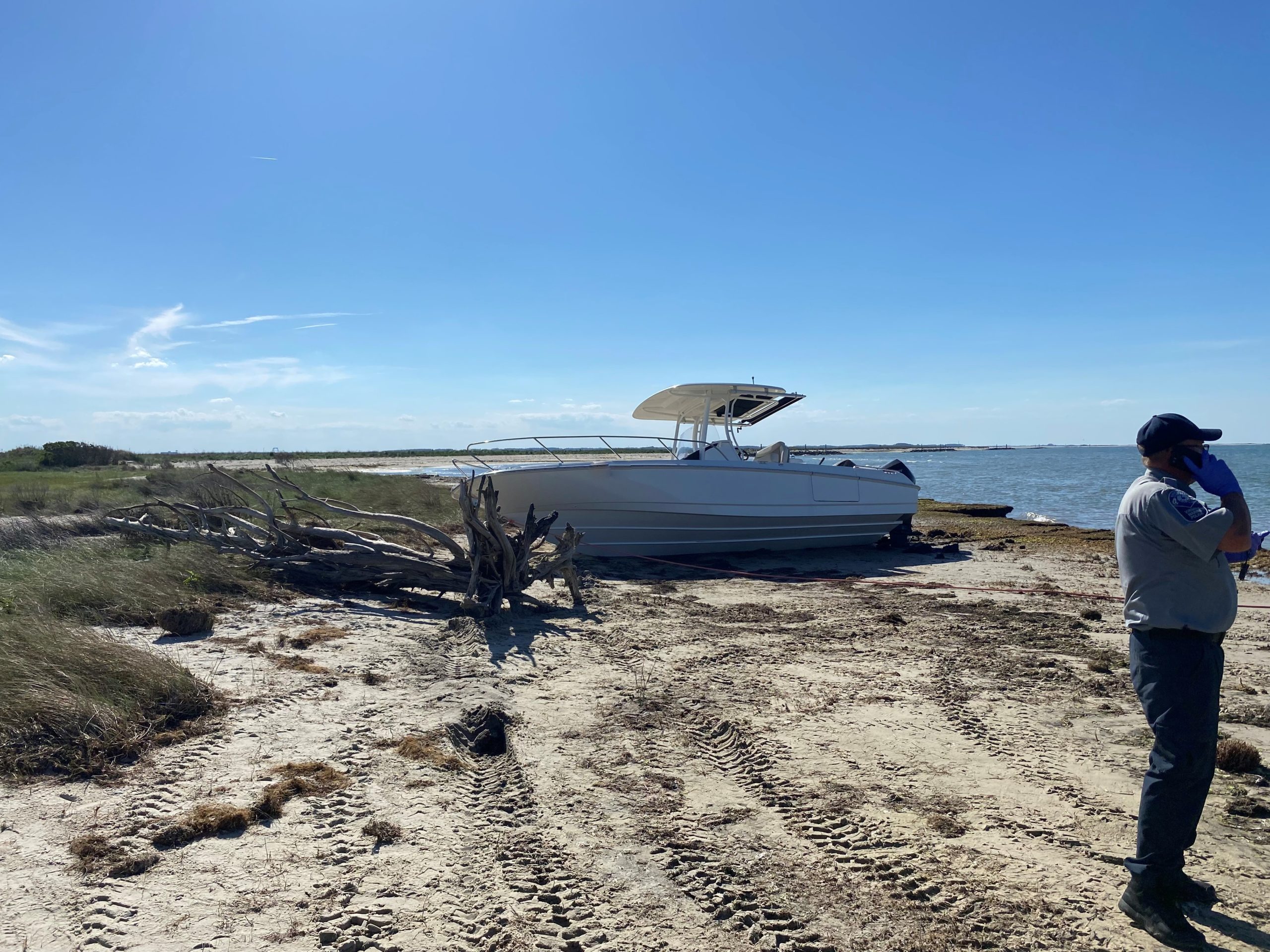 Search Called off for Owner of Boston Whaler Washed Ashore in Hampton, Va.

A Boston Whaler found beached in Hampton, Va. prompted a search of the Chesapeake Bay

The leaf change is upon us, and a Rappahannock captain is offering a fall colors tour