Historic St. Mary’s City announces a major discovery: archaeologists have located the site of the original St. Mary’s Fort. The 1634 fort was the fourth English colony in the country, after only Jamestown (1607), Plymouth (1620), and Massachusetts Bay (1630).

It’s a site that historians have been seeking since the 1930s. Dr. Travis Parno, the archaeologist who found it, says, “This is something I’ve been after since coming to St. Mary’s City.” The fort represents the spot where the state of Maryland began—where colonists first inserted themselves into a land inhabited by indigenous people.

150 Maryland colonists arrived on two ships, Ark and Dove, in March 1634, to an area that was home to the Yaocomaco tribe, who were loosely allied with the Piscataway. The colonists built St. Mary’s Fort on an area about the size of a football field in what is now Historic St. Mary’s City (HSMC).

HSMC has been doing fieldwork within the St. Mary’s City National Historic Landmark area since 1971, but couldn’t find any definitive traces of St. Mary’s Fort. There was a theory dating back to the 1930s that the fort was located along the banks of the St. Marys River, but a letter from one of Maryland’s first settlers, Leonard Calvert, describes walking half a mile in from the river.

A 1984 surface study of a farmer’s field found artifacts dating back to the early 17th century, making that site a likely candidate. Then in 2018, a Maryland Historical Trust grant allowed Dr. Parno, Director of Research and Collections, and his team to look closer at it.

This archaeological site could bring to light new information about Maryland’s pre-colonial and early colonial past. Right now, Dr. Parno tells Bay Bulletin, archaeologists are working to reveal the top of a large cellar at the fort’s site, to uncover its timber frame and excavate any number of artifacts inside.

Studying the fort is one project in a larger effort by HSMC and the Piscataway tribe beginning this year. People to People: Exploring Native-Colonial Interactions in Early Maryland will include excavating St. Mary’s Fort and two indigenous sites near the fort, exhibits of native and colonial culture, and programs for the public about the years before and during the early 17th century.

When the site of St. Mary’s Fort was found, Dr. Parno says HSMC reached out to the Piscataway tribe in hopes of telling the story together. “They’ve been here way longer [than the colonists],” he explains. The same 1984 field study that hinted at the fort’s location also located two native sites that date back 500–3,000 years.

“Finding the location of Maryland’s original settlement is truly exciting news for our state and will give us an opportunity to reconnect with our pre-colonial and early colonial years,” said Governor Larry Hogan. “The state has been proud to support the study of St. Mary’s Fort and looks forward to further excavation of the area as we approach our state’s 400th anniversary.”

Private donations and state funds are paying for ongoing excavations at the fort. The site is open during public visitation hours while work is underway, and HSMC plans to add St. Mary’s Fort to its living history program in time for Maryland’s 400th anniversary in 2034.

Find out more about planning a visit at hsmcdigshistory.org. 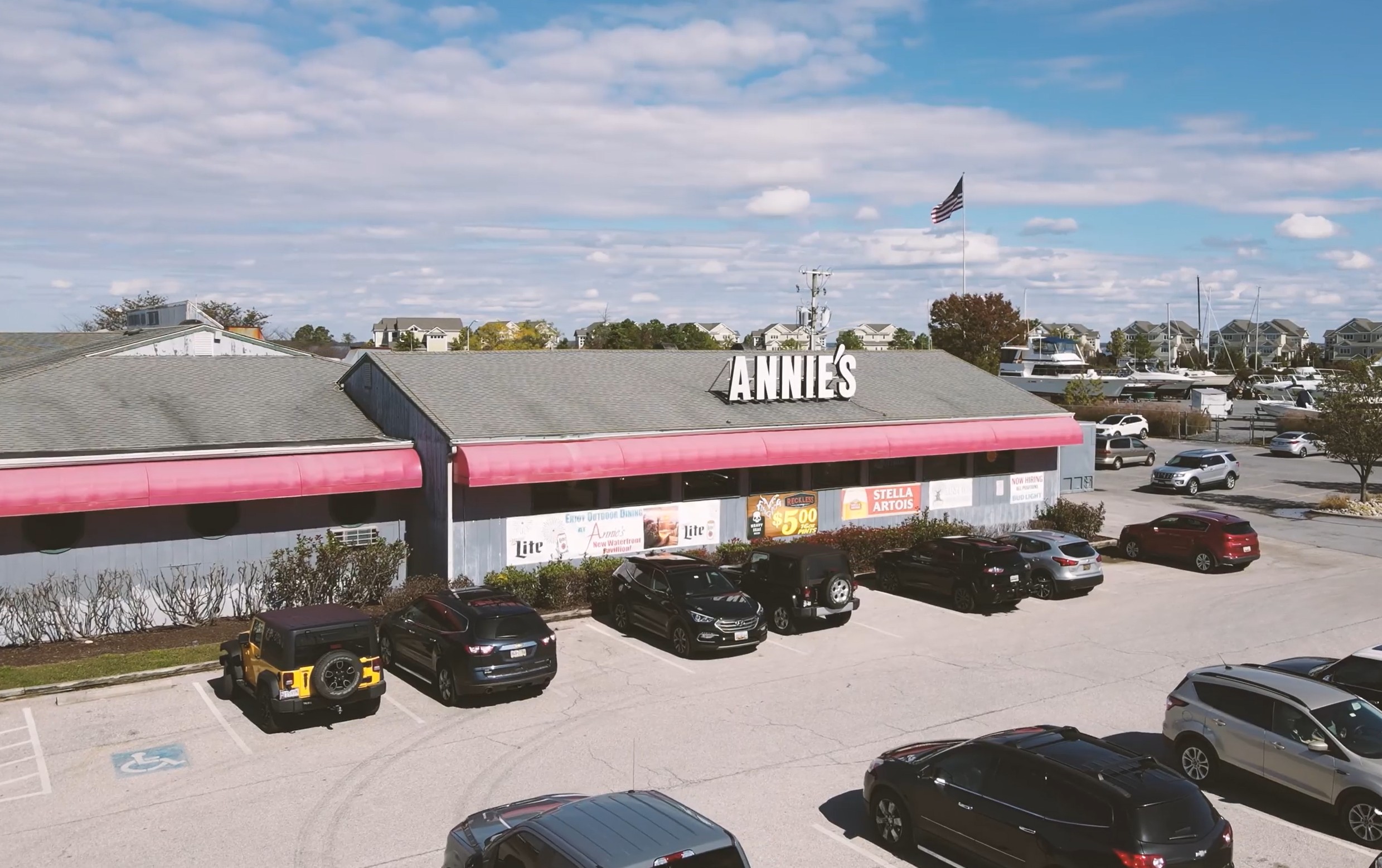 End of an Era on Kent Narrows: Annie’s Paramount Restaurant to Close

December 24, 2021 will mark the end of an era for a beloved Kent Narrows

UPDATE: The Naval Academy campus’ phone service was restored Thursday, and the internet and email