Just one more step until it’s official: Maryland will ban the use of polystyrene disposable food containers.

Last week Bay Bulletin told you the state Senate passed a ban on expanded polystyrene (EPS) food service products. Read more here. Now, the ban has passed the House of Delegates, and must be signed by Governor Larry Hogan. It would be the first statewide ban in the nation. If it’s signed, that means no one in Maryland can sell foam food containers on or after January 1, 2020.

The nonprofit group Trash Free Maryland says polystyrene is a major pollution risk because its tiny beads absorb chemicals from the water, and are in turn eaten by marine life. Large local governments in Maryland have already passed foam container bans recently, including Baltimore City.

To see how prevalent the foam problem is in Baltimore, we can look to the city’s trash wheels.

Baltimore has been using three waterwheel-powered trash collectors, to intercept foam containers and other litter that wash down from city streets. This January, the trash wheels, nicknamed Mr. Trash Wheel (in Baltimore’s Inner Harbor), Professor Trash Wheel (along the Canton waterfront), and Captain Trash Wheel (at Masonville Cove) collected the one millionth Styrafoam container since the first wheel launched in 2014.

Waterfront Partnership’s Healthy Harbor Initiative, which records data from the trash wheels, says the milestone underscores how much Maryland needs the ban.

“Healthy Harbor views these milestones less as a celebration and more of a catalyst for change,” said Adam Lindquist, director of the Waterfront Partnership’s Healthy Harbor Initiative. “By collecting and sharing the trash wheel data, we are bringing Baltimore’s trash issue to the forefront, helping to shift behaviors and push for policy change.”

To see the staggering breakdown of garbage the trash wheels have collected, and to learn more about how they work, click here.

The foam ban applies to containers, egg cartons, trays, and plates, at restaurants, grocery stores, schools, and other food-service businesses.

“Maryland may be a small state, but we have the chance with this legislation to LEAD the country on eliminating this horrible form of single use plastic from our state. We have a duty to future generations to clean up the mess that has been made – this bill is an important step!”

The ban would give businesses a year to phase out foam containers and replace them with alternative materials. 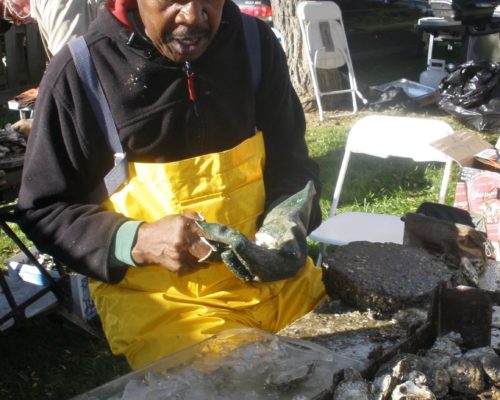