The East Coast’s biggest menhaden harvester says it won’t follow the catch limit managers have set for the Chesapeake Bay. The small fish is used commercially to make fish oil and food for pets and livestock. But it’s also a key piece of the Bay’s food chain.

Over the weekend, Omega Protein, a Canadian-owned commercial fishing operation based in Reedville, announced its intention to exceed the Chesapeake Bay catch limit for menhaden established by the Atlantic States Marine Fisheries Commission (ASMFC).

In 2017, the commission set the annual Bay catch limit at 51,000 metric tons (mt), the five-year average of Omega’s annual catch in the Bay. (Maryland prohibits the industrial harvest of menhaden in its portion of the Bay). Omega filled the rest of its 216,000 mt total annual menhaden quota for those years by fishing on the Atlantic’s continental shelf between North Carolina and New Jersey.

The 2017 cap passed with an overwhelming vote by the Commission’s thirteen states and three agencies, with only Virginia and New Jersey dissenting.

Recent numbers show the coastwide menhaden stock is not being overfished, but the commissioners saw the new Bay cap as a precautionary move, because menhaden play key ecological roles in the Atlantic coastal ecosystem, and the Chesapeake serves as a nursery for about 30 percent of the stock.

The concern is that heavy fishing in the Bay will deplete the menhaden stock, posing problems for striped bass, osprey, dolphins, and other species that depend on them for food.

In Virginia, which accounts for 75 percent of the annual catch of these oily little fish, menhaden are managed by state lawmakers. The 2018 General Assembly, led by legislators from the Northern Neck where Omega is headquartered, refused to enact the new Bay cap. That meant that, by state law, the cap remained at the 87,216 mt limit– much higher than ASMFC’s 51,000-mt limit.

ASMFC chose not to pursue punishment against Omega since the company hadn’t substantially exceeded the lower harvest in the previous five years. In 2018, Omega’s Bay harvest remained below 51,000 mt, as the company’s big purse seine boats fished primarily in the Atlantic.

But this year, Omega did exceed the cap. The company points to bad weather offshore and higher concentrations of menhaden in the lower Chesapeake as the reasons. Its Bay catch puts Virginia is out of compliance with ASMFC.

The move is bitterly opposed by other Atlantic states and by conservation organizations including the Theodore Roosevelt Conservation Partnership, The Nature Conservancy, the Coastal Conservation Association, the Virginia Saltwater Sportfishing Association, and the Chesapeake Bay Foundation.

This week, ASMFC’s Menhaden Technical Committee will make final refinements on new harvest criteria it’s been working on. It won’t be until February 2020 that the commission will look at results of the 2019 benchmark stock assessment.

For more information on menhaden and their status in the Chesapeake, click here.

The Eastport Yacht Club Lights Parade is a treasured holiday tradition in Annapolis, and believe 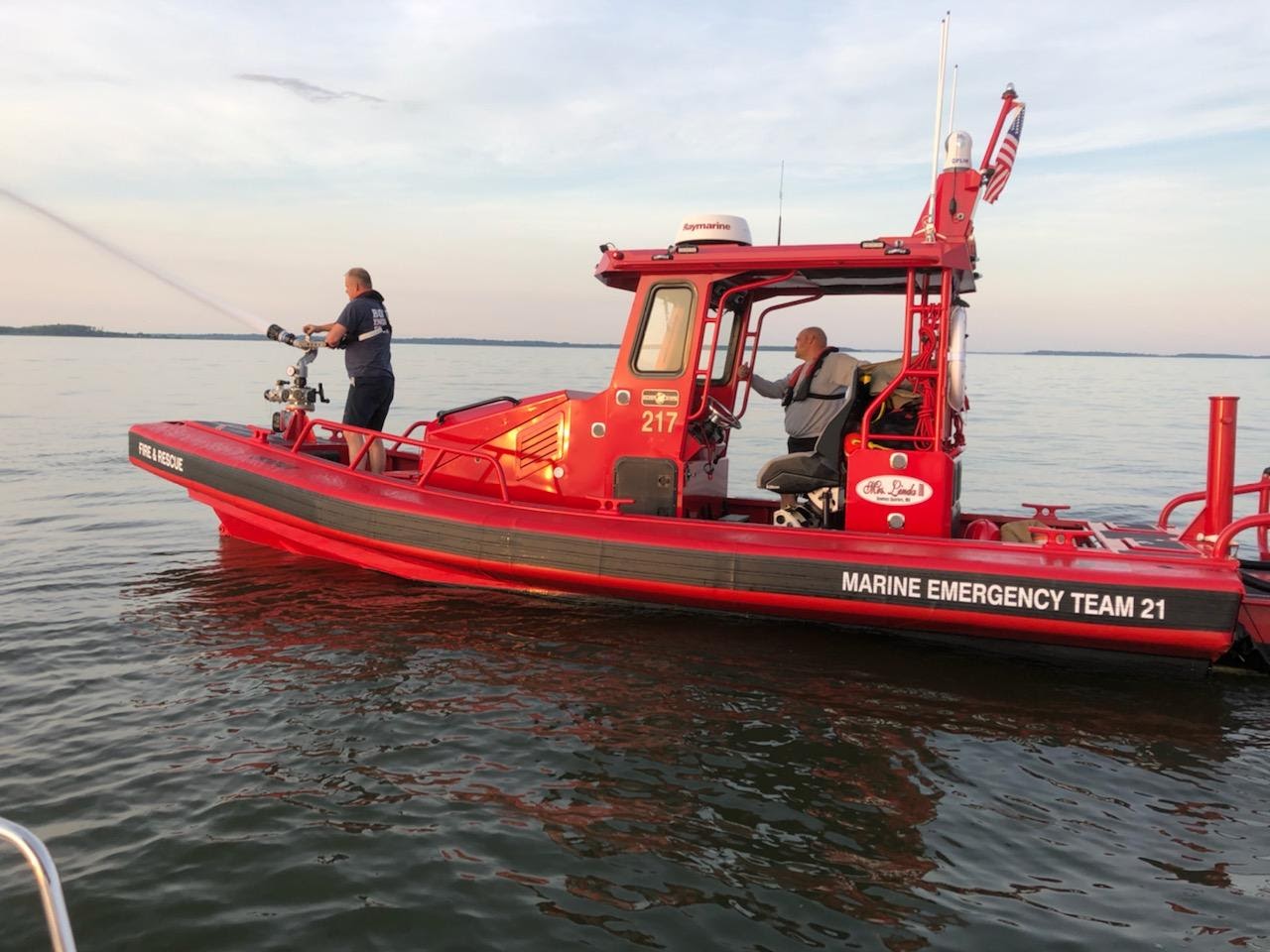