The Annapolis Watermark cruise and tour company, ubiquitous around the Annapolis Harbor, celebrates its 50th anniversary this year under new ownership and with a new president.

Watermark President Debbie Gosselin retired Jan. 1 and the company will now be under the management of a young Annapolis couple, Jake Iversen and his wife Laura. Iversen has been with Watermark managing vessel activities for five years.

“While this may come as a surprise to some, we have been planning the hand-off for some time,” Gosselin said. “I couldn’t be more confident of entrusting the stewardship of this organization to Jake. He is passionate about Watermark and everything it stands for.”

Gosselin says that Iversen is “well-poised to lead the business to success as it enters the next 50 years.”

Gosselin purchased Watermark in 1999 from her father, C. Edward Hartman II. An attorney by trade, Hartman II loved boating and had a desire to invest in the local community. He was a co-founder of the Annapolis Boat Shows and founded Chesapeake Marine Tours with Annapolis sailor and yacht yard owner Bert Jabin in 1972. They began by offering a single sightseeing cruise to St. Michaels. That Day on the Bay cruise is still offered today.

The company’s offerings expanded quickly, and the fleet grew from one boat to 12. In 1973, they added the now iconic 65-foot long Harbor Queen tour boat, which provides cruises along the Annapolis Harbor. In the 1980s, they added a water taxi service in Annapolis. In 2004, Chesapeake Marine Tours acquired Three Centuries Tours, which had been providing walking tours since 1975, creating Watermark. The company expanded its cruising tours to Baltimore’s Inner Harbor in 2009. Hartman II died earlier this month at his home in Florida.

“I couldn’t be happier and more honored to take the helm at Watermark,” said Iversen. “Debbie and her father before her have built a strong, vibrant company. Watermark’s biggest asset, though, is the Watermark team.”

Iversen, the son and grandson of Coast Guardsmen, takes the helm at Watermark after five years as general manager of vessel activities. He graduated from the Maritime Institute of Technology and Graduate Studies, where he earned a Merchant Mariner Credential clearing him as an officer on any sized vessel. He worked at sea for several years in international shipping on multiple types of vessels.

“He was at sea for more than 200 days a year,” says Laura Iversen. “He began driving Harbor Queen during his time home and fell in love with Watermark and the culture of the company. When Debbie asked him to come work at Watermark full-time, he left the shipping industry and started as GM so he could work closer to home.”

The Iversens were both born and raised in the Annapolis area, where they now live with their 10-year-old daughter Sky and a yellow Lab named Rudder.

“You couldn’t find a more suitable next president to continue the maritime and capital city traditions established by the Hartman family,” said Laura. “This is his passion, his dream, his industry. He is hard-working and driven and will be dedicated to maintaining everything that makes Watermark special.”

Laura Iversen has worked in business development and nonprofit leadership, most recently as executive director for Start the Adventure in Reading. She resigned last year to assist in the acquisition of Watermark and the transition of ownership.

What’s next for Gosselin after 25 years leading Watermark? “There is much on my bucket list, and my husband and I look forward to putting some checks on that list while still in good health. Five grandchildren and some travel come first to mind,” she said.

As for Watermark, Jake Iversen says to expect more of the same. “You know the saying, don’t fix what isn’t broken. That will be my approach to running Watermark,” he said. “As time goes, we may find ways to improve and innovate, but five months or five years from now, you’ll still see the same Watermark with the same culture at its heart. Watermark’s tours and cruises connect visitors and locals alike to the history, culture, and fun of Annapolis, Baltimore, and the Chesapeake Bay.” 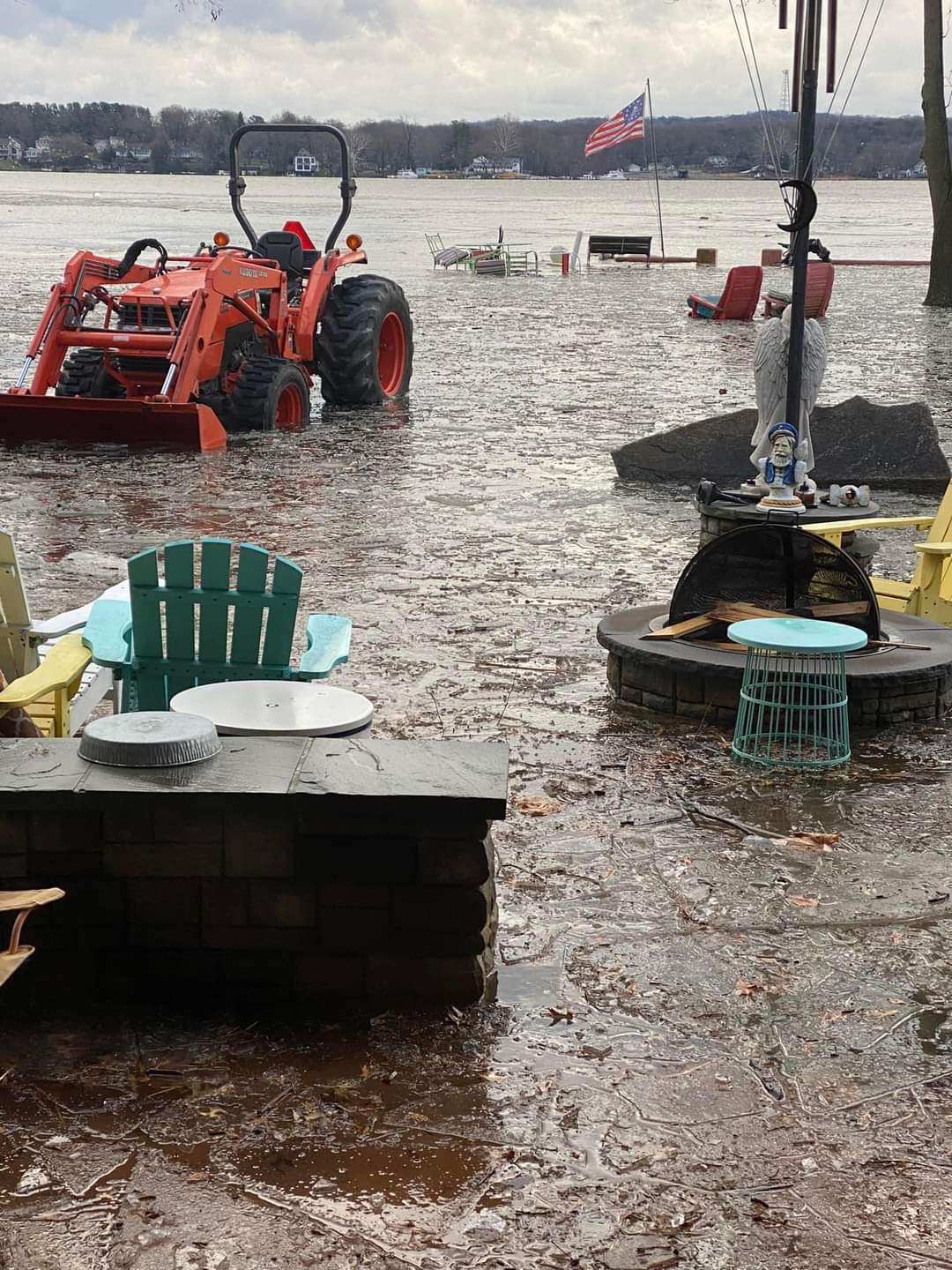 Md. Gets B- on First Coastal Adaptation Report Card

For the first time, Maryland scientists have given the state a grade for how well-adapted

Jamestown Settlement may be known for its ships, fort, and Powhatan Indian village, but the