Everyone has heard of messages in bottles. While most of us have never picked one up off a beach, people really do put notes and maps and other things iton bottles that they then toss into rivers and oceans. And sometimes they’re even found. Now, a collection of genuine messages in bottles is open at Nauticus, in Norfolk.  The collection is a traveling exhibit put together by Chad Pregracke.

Pregracke grew up along the Mississippi River. He was on the water all the time, both playing and working.  As his time on the river passed, he became more and more troubled by the trash in the water and along the banks. At the young age of 17 he started writing to various governments in an effort to get the trash cleaned up.  But nothing happened. So at the still-young age of 23, Pregracke organized Living Lands and Waters, a nonprofit created to clean waterways. Living Lands and Waters describes themselves as an “industrial strength” river cleanup organization.

Living Lands and Waters has collected literally tons of trash out of waterways over the years. According to their own statistics, they have removed over 133,000 bags of trash. They collected over 92,000 tires. They have found unexpected items as well, such as electric guitars, clown shoes, campers, and even a John Deere combine. They have also found 99 intact messages in bottles.

Living Lands and Waters saved the bottles, and about 70 of them are traveling the country in the exhibit currently at Nauticus.  As you might suspect, some of the messages are love notes. One had a map.  Another an obituary. The messages tell genuine stories from real people. Some messages are straightforward, and others more mysterious.  One bottle contains a photo of former President Bill Clinton. There is no explanation or note inside.

Allie Wood, Marketing and Communications Director at Nauticus, explained that while browsing through the exhibit is fun and amusing, the bottles are technically trash. “We have a section in the exhibit that reveals all of the trash that was found with the bottles, such as all the tires. It is a fun exhibit with a serious add-on about too much trash in our waterways. We do not want to encourage anyone to throw bottles into the water.” There is also a special section for children.

Virginia code 33.1-346 reminds us that littering is against the law. It is a misdemeanor, but you could face jail time if convicted. The potential penalties are a $2,500 fine and 12 months in jail.

The exhibit runs through April 24. It can be viewed with a general admission ticket to Nauticus, which costs $15.95 for adults. There are discounts for children and seniors. For more information, check out Nauticus.org.

Worst "Over the Limit" Poaching Case on Va. Shore in Decades 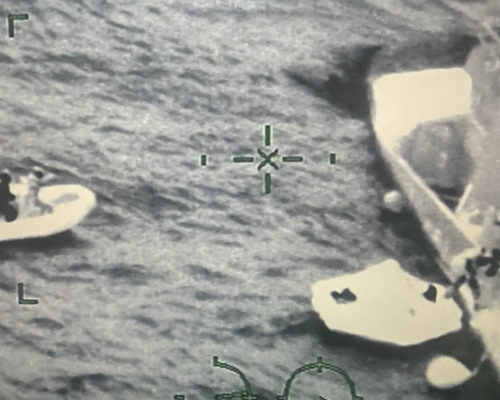