JoAnna Goldberg, the CEO of Fairwinds Marina and the Freedom Boat Club of Maryland, has been named one of Boating Industry magazine’s “40 Under 40.”

The 30-year-old was chosen from 200 nominees nationwide. The group of young boating industry executives were picked for their professional achievements, as well as their “potential to carry the industry forward.”

Goldberg has been at the helm of Fairwinds Marina, in Cape St. Claire on the Magothy River, for four years. She converted all record-keeping from paper to electronic, and upgraded marina facilities including boat lifts, fuel and pump-out stations. She added a recycled water power wash station, Wi-Fi, and a security camera system so that customers could keep an eye on their boats after hours. 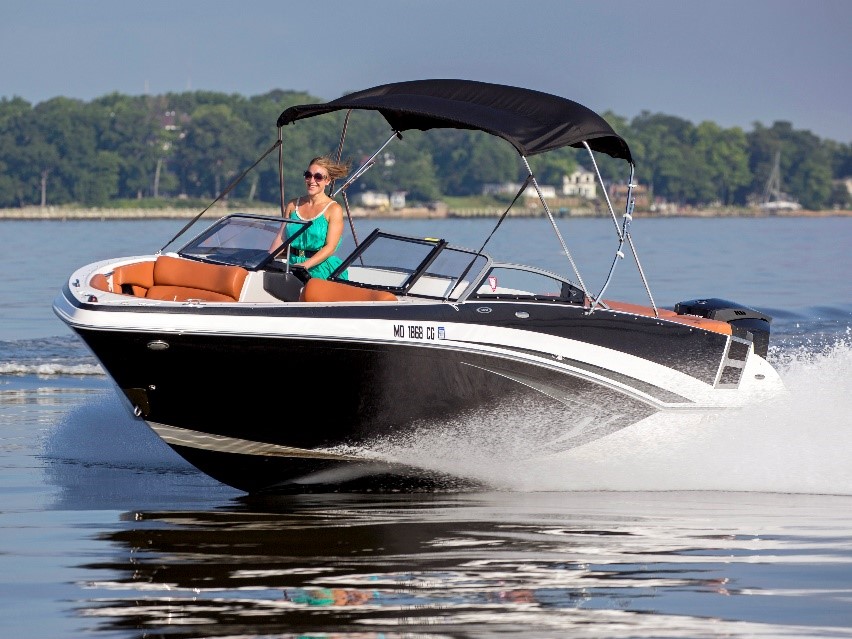 “I’ll never forget my first day driving down Route 50 into the sunrise as I headed to the marina, thinking just how fortunate I was to be launching a career where I can make a positive difference and facilitate making dreams come true for people who love boating.”

Goldberg graduated from Columbia University in 2009. She s a lifelong boater and credits her father, Larry Goldberg, as her mentor.

“Through his example and coaching, I learned that excellence is the only acceptable standard, and more importantly, to never ask anyone to do something I wouldn’t do myself.”

Talk of the Bay

A Consciousness of Speck

To Infinity and Beyond