This year’s Annapolis Boat Shows hosted hundreds of interesting booths that drew visitors into tents along the waterfront. But one booth in particular actually moved some showgoers to tears.

Sail Beyond Cancer, a New England-based organization founded by a breast cancer survivor, is bringing a a chapter to Annapolis. The nonprofit offers free three-hour sails to patients fighting cancer and their caregivers, family members, or friends of choice. Therapy dogs even come along sometimes. The patient can be in any phase of cancer treatment, from chemotherapy or radiation to end-of-life hospice care.

Sail Beyond Cancer also offers sails to grieving caregivers or family members who have recently lost a loved one to cancer.

Suzanne Snyder Johnson, of Burlington, Vt., was a single mother of three kids when she was diagnosed with cancer, and found herself searching for a refuge. Having grown up on the water and earned her captain’s license, Johnson found her refuge from cancer in sailing. It allowed her “to get away in a boat … for a sense of feeling normal and relaxed, especially with a sailboat, being able to turn off the engine.”

Inspired by her own experience, Johnson founded a nonprofit to take patients sailing in 2014. It was such a success that people in other parts of the country wanted a similar experience. She launched Sail Beyond cancer in 2020 as a national organization that will be able to expand with chapters around the country. Currently there are chapters in Vermont and Massachusetts, and Johnson is now focused on bringing a chapter to Annapolis.

She’s actively seeking all manner of local volunteers, from sailors willing to captain the sailing excursions to general nonprofit roles. She likens the program to a theater production—the lion’s share of the work is done long before anyone gets onto the water, scheduling and coordinating with the patient and more. You don’t need a captain’s license to volunteer for sails, and all volunteers will be specially trained.

And she’s looking for boat owners to donate their vessel (40-60′ with a large cockpit, preferably). It sounds like a big ask, but Johnson points out that it’s a full tax write-off, and if the owner had planned to sell their boat, Sail Beyond Cancer will pay commission on the broker side.

Sail Beyond Cancer operates in a hybrid capacity, with some boat owners captaining the sails themselves, and other sails taking place on boat that have been donated to the organization. This approach allows Sail Beyond Cancer to accommodate a large number of sailing groups, sometimes three sails a day, seven days a week. They took 326 people aboard this year.

Johnson says the sails can be an incredibly moving experience, with some patients’ families crying before they even leave the dock. Often, she says, caregivers think they are doing something special for the patient, but it becomes a way for patients to thank their caregivers, too. Sail Beyond Cancer even takes professional-level photos of their guests aboard the boat as a remembrance.

Johnson believes Annapolis and the Chesapeake Bay are a perfect fit for Sail Beyond Cancer. “People understand the value of sailing here, and there are lots of great sailors,” she tells Bay Bulletin as people stream by at the United States Sailboat Show. She points to a thick stack of papers filled out by prospective volunteers at the boat show, saying the response has been positive. “A lot of people here ‘get it’ philanthropically,” Johnson explains.

In addition to its sailing scene, Annapolis makes sense due to its proximity to a number of hospitals and cancer centers. And then, of course, our waterways themselves are ideal for calm sailing, with protected tributaries and a scenic trip out to the Bay.

Johnson plans to temporarily relocate to Annapolis to get the chapter up and running. If you’d like to volunteer, donate, or learn more about Sail Beyond Cancer, visit sailbeyondcancer.org. 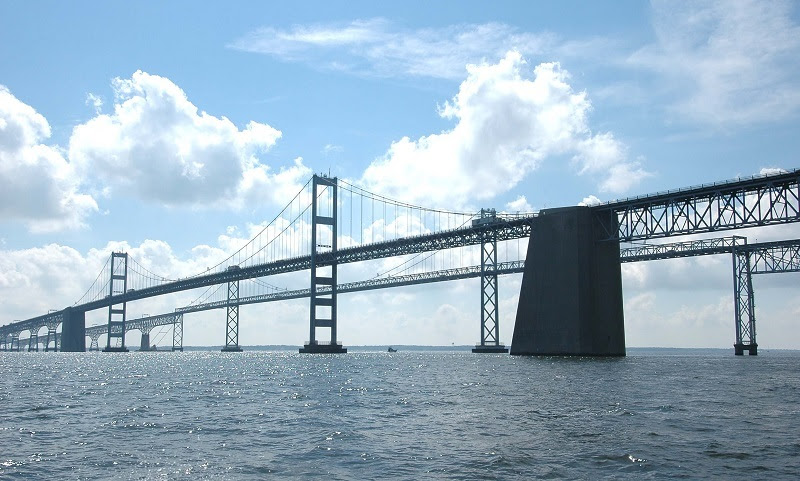