Story and photos by Danny White

Teta Kain came to Dragon Run for the birds back in 1993 when her birding competence and reputation landed her an invitation to conduct monthly avian surveys for the Friends of Dragon Run at their Big Island preserve. For nearly six years, Kain kept her feet on the ground, despite hearing repeatedly that the only way to truly experience the Dragon was to paddle down its tea-colored waters.

“One of the guys in the organization said, ‘Teta, you’re not really seeing what the Dragon’s all about,’ and I said, ‘Yeah, but I don’t like canoes,’” she says. She laughs at the irony as she steers her pickup truck along a back road on Virginia’s Middle Peninsula on our way to a nearby farm to set up a shuttle for the Friends of Dragon Run paddle trip that Kain will  be guiding—a role she’s undertaken for the last  two decades.

Petite and bespectacled, with tufts of iron-gray hair escaping from a vintage 1970s Dallas Cowboys stocking cap, Kain speaks with a conspicuous Maine accent. She’s beginning to retrace her path from New England to Virginia when we arrive at the put-in site. A wild turkey gobbles from nearby woods as we pick up Andy Lacatell, Chesapeake Bay program director for The Nature Conservancy in Virginia (TNC), who slides onto the back seat.

Kain’s journey to becoming the foremost authority on Dragon Run features almost as many twists and turns as the waterway itself. “I was in the military back in the Jurassic Age,” Kain says. Nearing the end of her two-year tour as an Air Force nurse, Kain planned to return to school, study anesthesiology and then re-up as a major. However, while stationed on a base in Texas, she met her future husband. “We married in 1962, and that was the end of my nursing business, thankfully,” she says.

The couple had transferred to North Dakota when Kain learned that her husband’s work with  the cruise missile program had landed him a new position at Langley Air Force Base in Hampton, Virginia. “I wasn’t crazy about coming to Virginia,” Kain admits. “But when we moved from Hampton  to Gloucester in 1986, I felt like I had come to the middle of the universe,” she says. “Everything wonderful happened.”

Among those events was the fateful invitation to monitor birds and Kain’s introduction to Big Island and Dragon Run. Another revelation would be discovering an alternative to the dreaded canoe. Kain finally ventured onto the Dragon when friends enticed her into trying out their kayak, which was still a novelty back then. They launched beneath the Mascot bridge, where we are headed. “I instantly fell in love,” Kain says. “The next day I rushed down to Farmville and bought my own blue kayak, and I’ve had it ever since.” Because few people in those days owned kayaks, Kain decided that, if she wanted paddling partners, she’d better purchase a second boat. Then a friend in failing health offered her two more. “I guess it was about three years later, with one incident and another, I found that I had 13 kayaks,” she adds.

With her own fleet and the passion of the newly converted, Kain led paddle trips for anyone who expressed an interest. By 2008, her kayaking pastime had evolved into a formal program for the Friends of Dragon Run. With additional equipment and help from committed volunteers, Kain organized daily trips for a dozen guests throughout the spring paddling season. In 2016, Kain turned over the role of paddle master to the group’s president, Janice Moore. “I am getting a little long in the tooth,” Kain chuckles. She still leads every group downstream, along with a support crew of trained volunteers. Liberated from  the myriad responsibilities of trip logistics, Kain relishes the ability to focus on interpreting the Dragon’s natural and cultural history for those paddling in her wake.

Moore and today’s crew members and guest paddlers are gathered by the water when we turn into the grassy Mascot bridge parking area. The crew has everyone outfitted, and the kayaks are lined up ready to launch. Following a few words of welcome, Moore invites Lacatell to say a few words about the significance of Dragon Run and efforts to protect it.

Dragon Run is one of Virginia’s most pristine blackwater streams. It and its countless braided sloughs meander through a wetland wilderness for nearly 40 miles, traversing four eastern Virginia counties until, just southeast of Saluda, the channel widens to form the Piankatank River. The Piankatank, in turn, flows another 15 miles before feeding into the Chesapeake Bay between Deltaville and Gwynn Island.

Dragon Run first commanded Nature Conservancy attention in 1973 when it co-sponsored a Smithsonian Institution study of the Chesapeake Bay watershed, which ranked the Dragon second on its list of most ecologically significant systems. But it would not be until the early 2000s that TNC was able to make significant, on-the-ground, conservation investments here. A major portion of Lacatell’s work has centered on protecting land along the Dragon and restoring oyster reefs downstream in the Piankatank.

“Our partnership with Friends of Dragon Run has been essential to our collective success,” Lacatell says. “They did the first land deal along the Dragon at Big Island and helped folks understand what conservation could look like here,” he says. “They are great stewards, and their work set down a solid foundation on which we could help the Friends and other partners build.”

TNC established its Dragon Flats Preserve in 2003, purchasing nearly 500 acres of exceptional bald cypress, pine, and hardwood forest along 1.5 miles of the run. Roughly half of the Friends’ spring paddle route from Big Island to Mascot follows the preserve boundary. The Virginia Institute of Marine Science owns a nearby preserve, and other surrounding lands remain privately owned but protected under permanent conservation easements. This protected corridor exemplifies the larger conservation story here, according to Lacatell. Partners have pieced together a remarkable mosaic of public and private conservation lands to preserve a critical wilderness area in the backyard of 1.5 million people, most of whom have never heard of Dragon Run. “The 10,000-acre Dragon Run State Forest didn’t exist 10 years ago,” Lacatell says. “In all, over the last 15 or so years, we’ve collectively protected about 22,000 acres, and that’s almost a quarter of this entire watershed.”

“Almost everything I’ve learned since coming to the Dragon has come from Teta and the Friends,” Lacatell adds.

It’s time for Kain to lead our group into the heart of this primeval swamp, and time is of the essence, as we’re reminded by gray skies and gathering clouds. “We want to beat the rain, and the rain is going to come,” Moore says, hastening our launch.  Along with a kayak, paddle and PFD, each of us is outfitted with a radio so that we can hear Kain’s narration as our boats form a downstream train. For a blackwater stream, the currents can be surprisingly swift in places, and it’s clear that Kain wants to reassure any novices, offering tips for how to “show the kayak who’s boss” and how to navigate around cypress knees and other obstacles.

Bald cypress trees dominate this swamp, and, as the Smithsonian report noted, the hauntingly beautiful Spanish moss draping these ancient  forest giants reaches the northernmost limits of  its range here. Cypress tree root systems (the knees) protrude from wetland muck and shallow water  like stalagmites from a cave floor. One scientific theory for this strange adaptation is that masses  of intertwined knees provide extra stability on sodden ground, especially against the brunt of coastal storms.

“You almost can’t blow them over, not from the roots, but you’ll see a lot of cypress trees with their tops blown out by lightning,” Kain explains. “Then they keep on growing for another several hundred years. They’re pretty tough old trees,” she says. She adds that this resilient and extensive cypress swamp forms a formidable barrier that has helped to keep Dragon Run wild throughout more  than four centuries of human habitation.

Unlike most  other conifers, the bald cypress is deciduous. This time of year, the needles have turned to rusty orange and brown hues. “If you go up in an airplane,” Kain tells us, “you’ll see what almost looks like a burned road where the cypress trees line this river.” Not only do the trees change in fall, but they also affect seasonal fluctuations in the Dragon. Flow levels run highest in spring, which is prime paddling season and also when cypress trees need to soak up water to grow new green needles. Fall is a drier season, which can make paddling an iffier proposition, except that the cypress trees help to refill the stream. “They shed their water before wintertime because they would explode with all that water in them” when temperatures drop below freezing, Kain says.

Lacatell and some of the crew members have been chatting along the way about a recent night paddle with Kain, and I soon gather that one of the “highlights” of a nocturnal excursion down the Dragon is the sudden realization that you’re surrounded by spiders. As Kain guides us into  a quiet sheltered slough to break for a floating  lunch, Lacatell requests some spider lore for  our mealtime entertainment.

Kain is happy to oblige. “There are spiders everywhere on the Dragon—thousands upon thousands,” she says, smiling with obvious delight. Though mostly out of sight by day, “At night their eyes shine under our LED lights, and it’s quite a sight. It’s really quite wonderful.” Judging by some expressions around me, I’m not certain the sentiment is unanimous.

“Two of the best species here are the fishing spiders,” Kain continues. One of these, the six-spotted spider, ranks as one of the most capable anglers among nearly 20 species known around the world to prey on fish. These semi-aquatic arachnids fish by planting their back feet on a rock or plant while their front feet float. The slightest touch or ripple will trigger an attack.

“If you were a fish, you would not be happy to see him coming. He’s about that big around,” Kain says, spreading her fingers about four inches, “And he scowls, with all eight eyes,” she laughs. “If you’re a fish, you’re a goner.” Fishing spiders can walk on water, swim, and even dive in pursuit of fish, which they inject with a venom that liquifies the insides for easy consumption.

Having polished off our own lunches, we proceed downstream and over a beaver dam. To keep paddle trails easily navigable, the Friends have replaced sections of some dams with removable wooden panels. Kain quips that Dragon Run’s abundant beavers can boast about living in gated communities.

We’re approaching the end of our journey,  but a final highlight stretches before us. We’re entering a section that was channelized—dug  out and straightened—to facilitate transporting  logs downstream during timber operations that occurred here in the 19th and early-20th centuries. Despite its unnatural origins and the grayness of  the day, the canal is stunning. Nature is steadily reabsorbing this lush tree-lined tunnel back into  the surrounding wilderness. “It’s not quite as spectacular today as it was yesterday with  the sun shining down through the leaves,”  Kain says, her words a reminder that every  journey along the Dragon is a special, unrepeatable experience.

Too soon, we’re hauling our kayaks up the bank, and I recall what Kain told me earlier this morning when I asked what Dragon Run means to her: “It’s a feeling I get every time I come on this river that I’m in another world, a perfect world, and  I don’t want anything to happen to that world.”

Danny White is a senior conservation writer with the  Nature Conservancy in Virginia—nature.org. 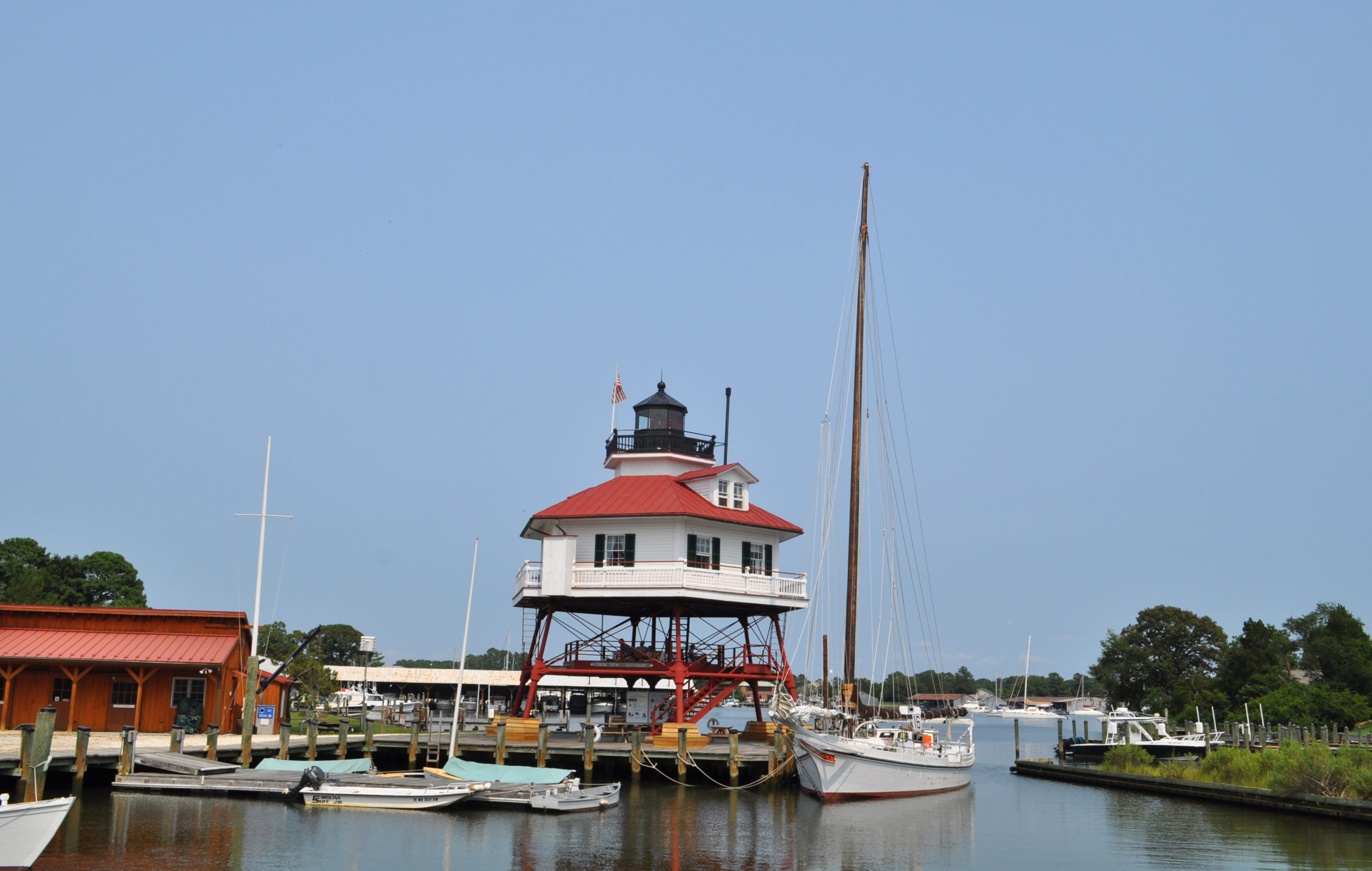 Situated at the base of the Patuxent River, tiny Solomons Island is filled with boats 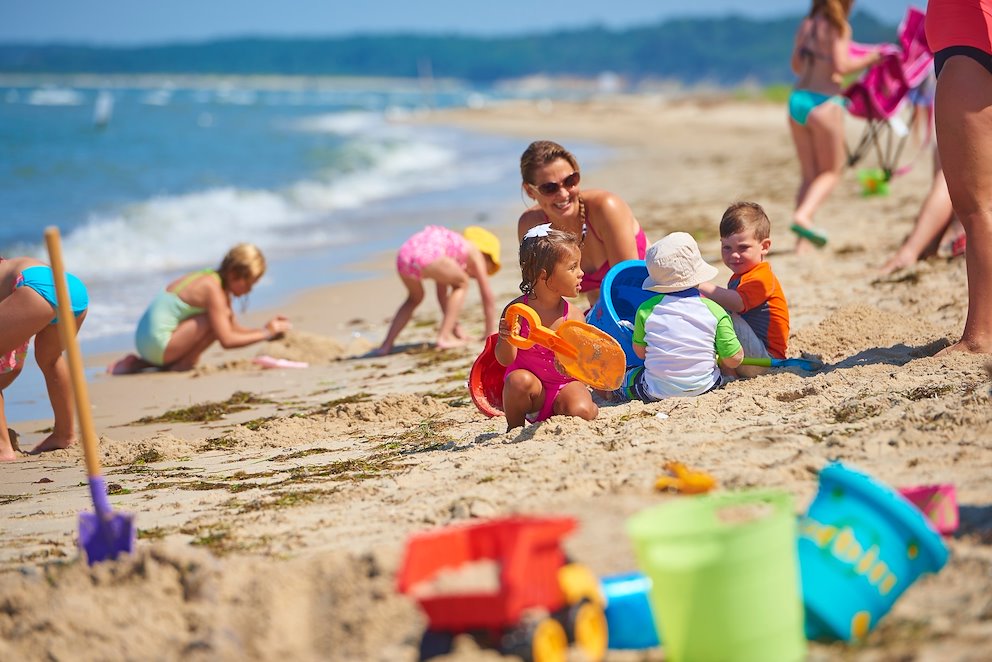