A Superconducting Maglev (SCMAGLEV) train—high-speed and futuristic—is getting closer to becoming reality for travel between Maryland and D.C. But before it moves forward, developers had to study its potential environmental impact.

The Draft Environmental Impact Statement has now been released and is open for public comment. And one river advocacy group along the planned rail’s path is taking a stand against it.

The SCMAGLEV is a magnetic levitation system that uses magnetic force for acceleration, deceleration, guidance and levitation—allowing trains to travel over 300 miles per hour, twice as fast as the Amtrak Acela. They levitate between the walls of a u-shaped guideway, making it impossible for a train to derail.

The private-sector project proposed by Baltimore-Washington Rapid Rail (BWRR) would run between Washington, D.C. and Baltimore, with a stop at BWI Thurgood Marshall Airport. The entire trip would take 15 minutes, a game-changer for commuters with major implications for connecting business in D.C. and Baltimore.

But the Friends of Patuxent say the rail would go right through public lands, and “irreversibly damage and destroy habitat at Patuxent Research Refuge, Beltsville Agricultural Research Center (BARC), and National Park Service properties, as well as at county and local parks.”

The Board of Friends of Patuxent is calling for the “No Build” option. In a letter to Friends of Patuxent supporters, the organization says the alternative routes on the table will “transfer parts of the Refuge and other federal lands to a private corporation, an unprecedented give-away of protected public land.”

The public comment period for the Environmental Impact Statement is open until April 22, 2021. The Federal Railroad Administration and the Maryland Department of Transportation Maryland Transit Administration (MDOT MTA) will also hold virtual public hearings, with dates to be determined beginning sometime after March 22. For updates on the virtual hearing dates and times, sign up for the project mailing list at bwmaglev.info .

You can also submit comments on the website, by email at [email protected] or by mail to SCMAGLEV Project, c/o Lauren Molesworth, Maryland Transit Administration, 6 Saint Paul St.,
Baltimore, MD 21202. 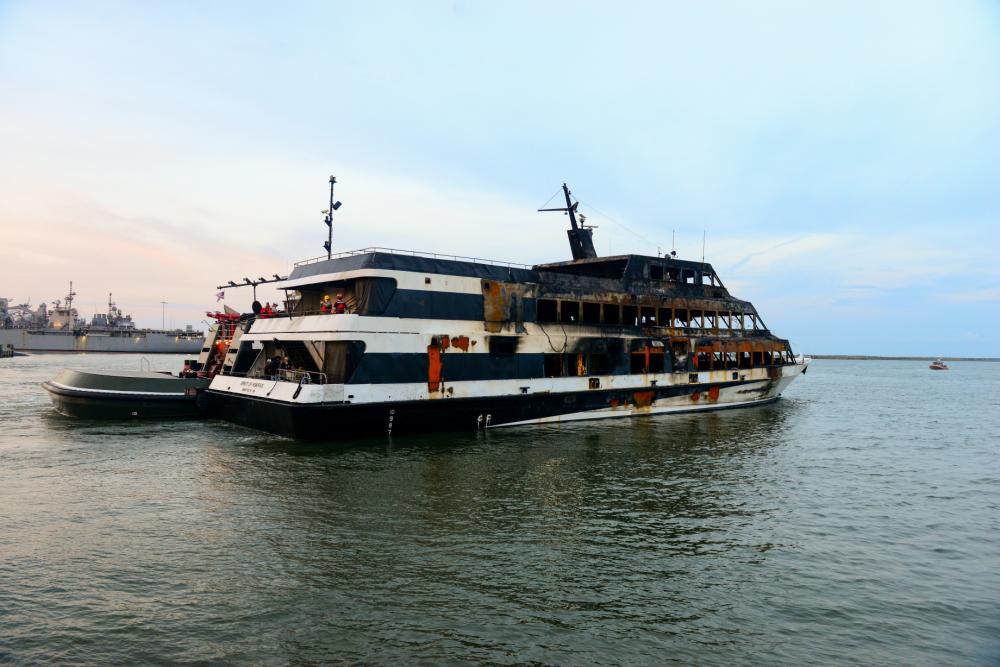 VIDEO: Spirit of Norfolk Salvaged after Burning for 4 Days

The Hampton Roads-area landmark cruise boat, Spirit of Norfolk has finally been towed to a