Preservation Maryland is throwing its weight behind the revitalization of Phillips Packing House in Cambridge. And with Phase One of the project expected to begin in the next month, the support is welcome. 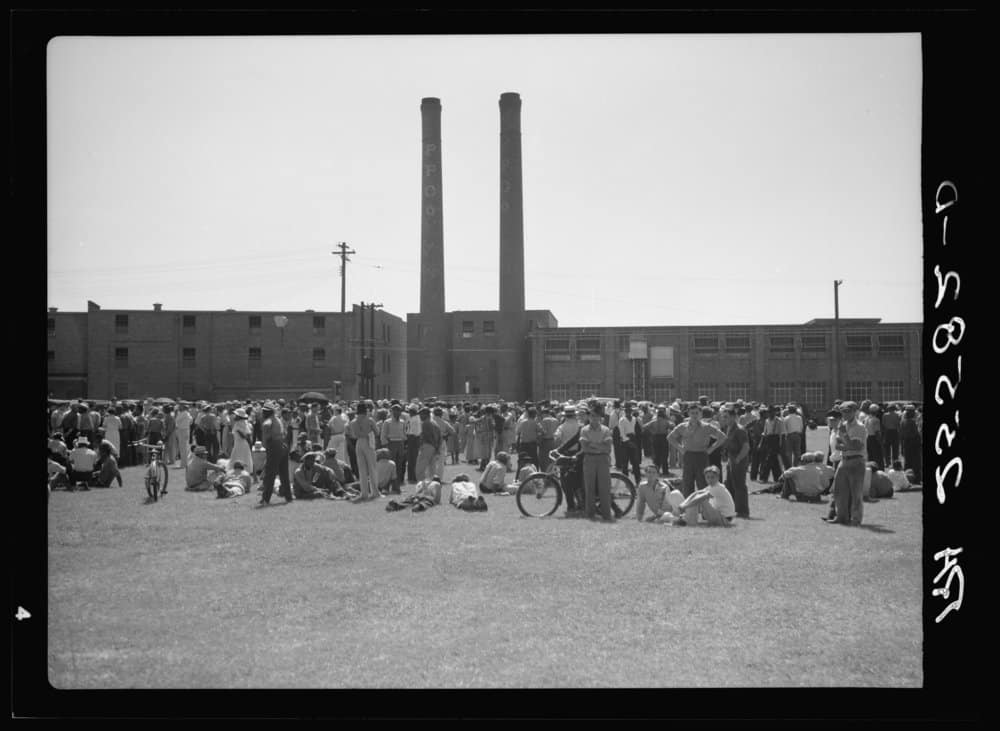 A worker strike at the Phillips Food Packing Plant in 1937.

The Phillips Packing House is the last remaining factory from the Phillips Company’s empire of vegetable and food packing businesses, which once employed thousands of people in Cambridge. The company closed in the 1960’s, but its iconic smokestacks have stood the test of time. More than half a century later, Eastern Shore Land Conservancy and Baltimore’s Cross Street Partners is taking on a $20 million project to rehabilitate and reuse the packing plant.

Now, Preservation Maryland has chosen the Phillips project as one of its “Six-to-Fix” threatened historic places. The organization will identify funding to support the critical repair of the packing plant’s smokestacks. Being a Six-to-Fix property will give the Packing House better exposure in historic circles across the state.

“The Six-to-Fix designation aims to help further promotion and visibility of the project, which can lead to project partners/tenants and financial commitments,” explains David Ferraris of the Eastern Shore Land Conservancy.

The Six-to-Fix program launched in 2015 and has assisted in supporting efforts to preserve threatened historic resources from Eastern Shore culture to a WWII-era crane in Baltimore’s harbor.

Baltimore is about to get its fourth trash wheel, designed to intercept litter and debris