It’s true that Santa usually delivers gifts all over the world by magical sleigh, but for communities on Tangier Island, Christmas comes by Cessna—dozens of them, actually.

On Saturday, for an amazing 54th year, volunteer small-plane pilots brought holiday greenery, supplies and donations to the people of waterlocked Tangier. Landing on a runway that’s shrinking by the year due to erosion and sea level rise, the pilots bring support to islanders who are constantly challenged by the remoteness of their home.

The tradition of flying in evergreen boughs began because traditional greens like holly don’t grow on Tangier. And other necessary supplies for home and business owners aren’t readily available either, since everything has to be imported from the mainland.

This year’s Holly Run was held on its backup rain date, and still rallied 23 planes to make the trip from Stevensville, Maryland. They brought donated necessities like toiletries and flashlights to island shut-ins and school supplies for Tangier’s one combined K-12 school along with the greens.

Click through the photos below to see more of this unique tradition:

The organizers, Chesapeake Sport Pilot on Kent Island, organize the Holly Run each year. They coordinate the collection of monetary donations for a construction fund for islanders. Harsh weather causes damage to the vulnerable homes there. The elderly especially struggle because many younger generations have left Tangier for the mainland, leaving fewer able-bodied folks to do the work.

As Chesapeake Sport Pilot’s “Chief Elf” Helen Woods puts it, “When storms come, the foundations of their homes are underwater and the shingles on their roofs blow off. Left in disrepair due to lack of funds, supplies, and skilled labor, these issues fester into major structural problems making many homes virtually uninhabitable.”

A group of church volunteers from Pennsylvania known as the Carlisle Team puts roofs on homes and builds ramps to make homes accessible. The funds donated pay for the construction supplies the church volunteers use.

One of the volunteer pilots offered to match the first $5,000 raised by the Holly Run. It’s not too late to send a donation. Checks may be sent to:

Donors can put “Tangier Construction Fund” in the memo line. CEFC can also take credit cards at this link:

The Holly Run is not all about dropping off necessities, it also gives pilots a special way to connect with people on the island. Saturday included a Christmas church service led by Elder Duane Crocket at the New Testament Church on Tangier, and lunch at Lorraine’s Seafood Restaurant.

Kayaking and paddle sports took off during the summer of social distancing, and with a 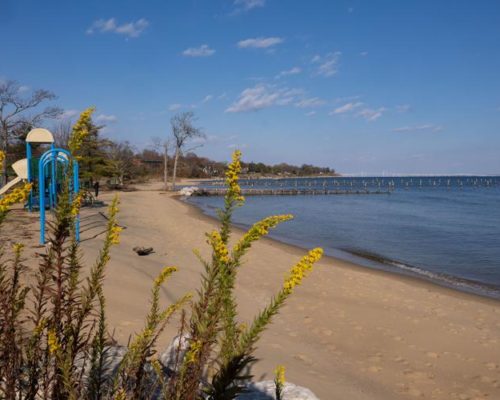