The Port of Baltimore recently won a national award, but it wasn’t for cargo volume or economic success—it was for cleaning up nutrient pollution in the Baltimore Harbor.

The American Association of Port Authorities (AAPA) recognized the Maryland Port Administration with an Award of Excellence for Environmental Mitigation, for the port’s unique algae project.

Known as the Algal Flow-way Technology, the demonstration project is a “linear raceway” constructed at the port’s Dundalk Marine Terminal on the Patapsco River. The technology pumps water from the river onto the raceway, which flows over a surface designed to encourage algal growth. As the algae grows, it cleans and oxygenates the water before it’s returned to the river.

Increasing oxygen content and removing excess nutrients from the urban Patapsco helps combat some of the biggest threats to a restored Bay, including the dreaded oxygen-poor “dead zones”. A healthy Chesapeake is in the best interest of the port and its industries.

“Doing what we can to protect our environment is important to our overall mission and we will continue to move forward with environmental programs that benefit the air, water and Port itself,” says MDOT Maryland Port Administration Executive Director William P. Doyle

The Port Administration is in the midst of other environmental projects, including upgrades to its diesel equipment (more than 350 emissions-friendly replacements so far), new stormwater management systems, the use of dredged materials to restore islands, nursing Masonville Cove back to health, and funding oyster beds.

“We know of the Port as an economic engine and for the critical role its workforce has played in keeping Maryland’s supply chain open during the COVID-19 emergency,” said MDOT Secretary Greg Slater. “The Port is also a strong partner for environmental stewardship.”

A half-million-dollar preservation project is underway at the William Brown House, circa 1760. Part of 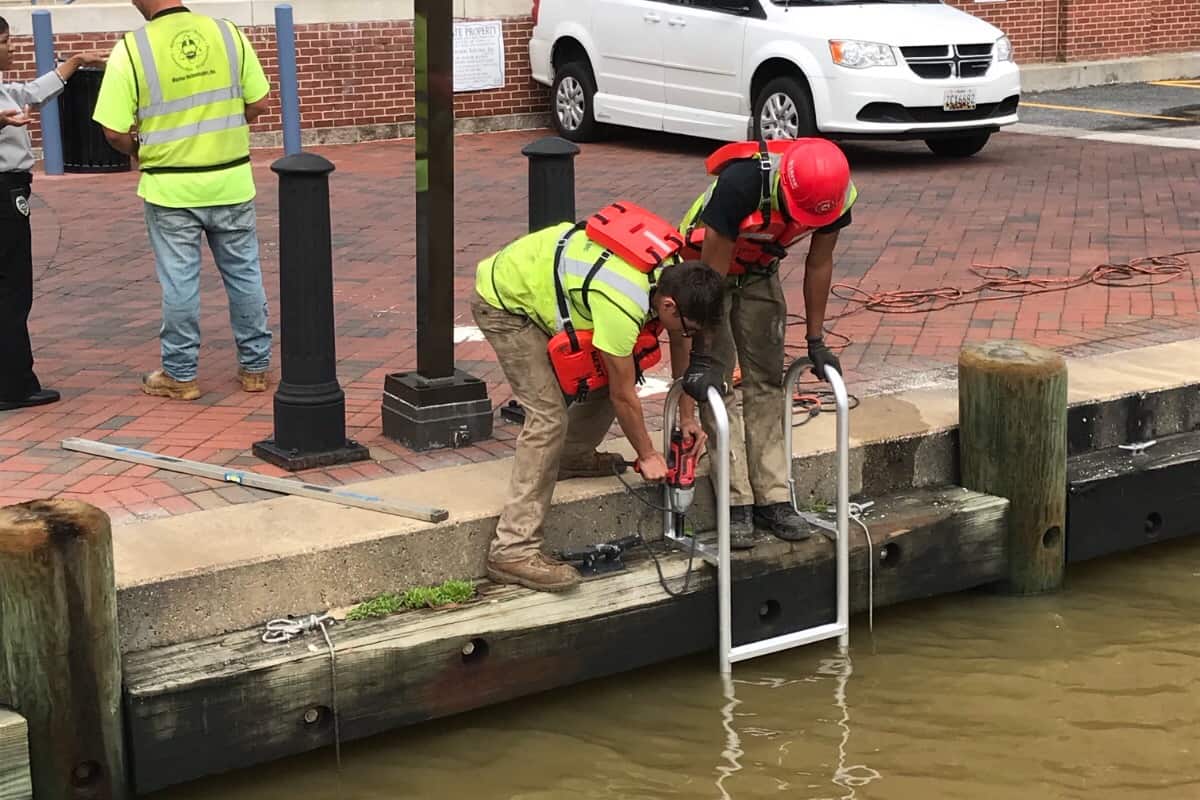 Toxic algae blooms aren’t just bad signs for the health of our waterways. They can