After a decade of steady improvement,  the Potomac River’s progress seems to be plateauing. That’s according to the latest letter  grade—a B-minus this year compared with a B two years ago—issued to the river in a biennial report card measuring its overall health.

The Potomac Conservancy, which released the 2020 Potomac River Report Card, said more polluted runoff from urban and suburban areas and fewer trees to slow and filter rainfall were among the factors causing the grade to slip. Based on data from 2018 and 2019, heavier-than-average rainfall likely played an outsized role in the outcome, too.

“This is the first time in a decade where the overall health grade has declined,” said the conservancy’s president, Hedrick Belin.

Costly improvements in wastewater treatment technology have reduced the amount of water-fouling nutrients making their way into the Potomac and downstream into the Chesapeake Bay. DC Water’s federally mandated Clean Rivers Project, for example, is on track to sharply decrease the volume of untreated stormwater headed to the river as it continues to curb sewer overflows in the coming years.

But many of the factors contributing to pollution across the Bay watershed are underway in the Potomac’s backyard as well. Belin said he fears “unchecked” stormwater pollution in urban and suburban areas could threaten the river’s steady progress, especially when combined with agricultural pollution. Heavier, more frequent rainfall flushing sediment into Potomac tributaries could exacerbate those trends.

The report noted the role of record-setting rainfalls in 2018, washing additional sediment and pollutants into local waters. The District of Columbia and its metro area, which drains into the Anacostia and Potomac rivers, tallied its wettest recorded year in 2018, with more than 60 inches of rain compared with the more typical annual average of 40 inches.

“All of that is overwhelming systems and exceeding the carrying capacity of built infrastructure like stormwater systems and also the natural landscape,” Belin said.

Of the 21 indicators of health considered in the report, shoreline or riparian trees fared the worst, receiving the only failing grade in the report. Maryland, Pennsylvania and Virginia completed a combined 23 miles of riparian forest restoration projects in the Potomac watershed in 2017, according to the report, but that number represents just 11% of the goal for the region.

Murky, sediment-logged waters also make it harder for underwater grasses and several fish species to survive, but long-term progress to reduce pollution levels has buffered some of those impacts.

The Potomac River supports steady populations of shad, white perch and other popular game fish. The fish are helpful indicators of changes in the river’s health—to a degree.

“In my discussions with people, they’ve been pretty happy with their fishing success anywhere on the river,” said Martin Gary, executive secretary of the Potomac River Fisheries Commission.

The river plays a vital role in the life cycle of several fish species as critical habitat.

“The Potomac is the second-most valuable spawning area for striped bass on the entire Atlantic Coast,” Gary said.

The report card issued a slightly higher grade than two years prior for the health of striped bass, but a slightly lower one to smallmouth bass, an introduced species that is a prized game fish. The report said smallmouth bass are considered good indicators of overall river health because of their dependence on good water quality.

The Potomac River, meanwhile, has for several years been considered a safe haven for American shad, whose populations have declined sharply in other Chesapeake Bay rivers. While shad fared well in the Conservancy’s report, assessments from this year indicate there is more “uncertainty” in the Potomac’s shad population than previously thought, Gary said.

Nonnative blue catfish — and their voracious appetites, particularly for other juvenile fish — continue to be a concern. But the driving factor for any reductions in fish populations in 2018 and 2019 was most likely all of the rain and the sediment that came with it, Gary said.

Though the 2020 report indicates a slight setback, returning the river to a letter grade it last received in 2016, Belin said there is reason to hope for improvements in the coming years.

“What’s not reflected in this report — but what we’ve seen [during COVID-19] — is the importance of getting outside for your physical and mental health,” Belin said. “What’s good for the Potomac is good for us, too.”

$1 Admission This Summer at The Mariners' Museum and Park

Memorial Day through Labor Day, visitors can explore The Mariners’ Museum and Park in Newport 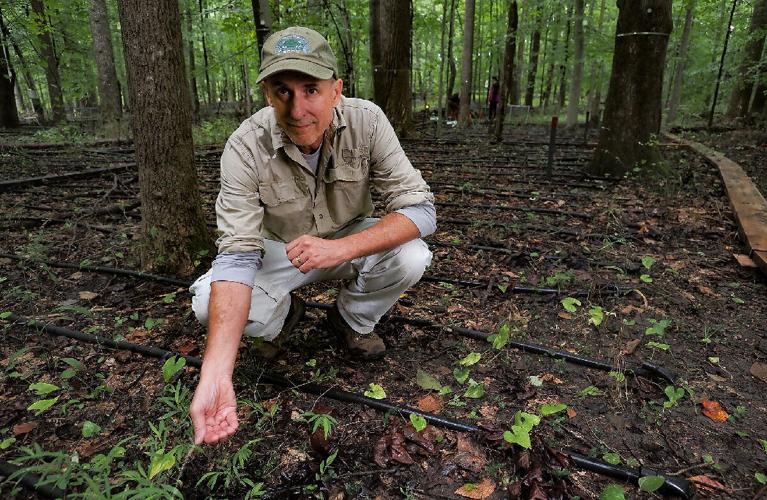