An unusual sighting has people talking on the James River—including scientists—a grey seal way up in in the tidal freshwater portion of the river.

A fisheries biologist with the Virginia Commonwealth University (VCU) Rice Rivers Center was among those who spotted the creature, capturing a photo of it swimming 500 yards upriver from the Benjamin Harrison Bridge near Hopewell, Virginia.

“He should be in the Gulf of St. Lawrence area between Nova Scotia and Labrador,” says Hopler. “I’ve been doing James River water monitoring runs once a week, year round, for 10–12 years. First time I’ve seen a seal.”

VCU Rice Rivers Center Research Scientist Dr. Matthew Balazik agrees. “Every once in awhile we see one around the Ghost Fleet [the James River Reserve Fleet of old, abandoned military ships off the coast of Newport News]. To my knowledge, Dave has discovered the only one above Jamestown.”

Local TV reports show another sighting by a group of friends walking along the James, who describe a “horse-like nostril” and size they believe to be consistent with a seal.

When we asked Hopler for any theories about what brought the grey seal so far up the James, he said those would be pure speculation.

From eastern Baltimore County and Annapolis to Hampton and Norfolk, nuisance tidal flooding from sea 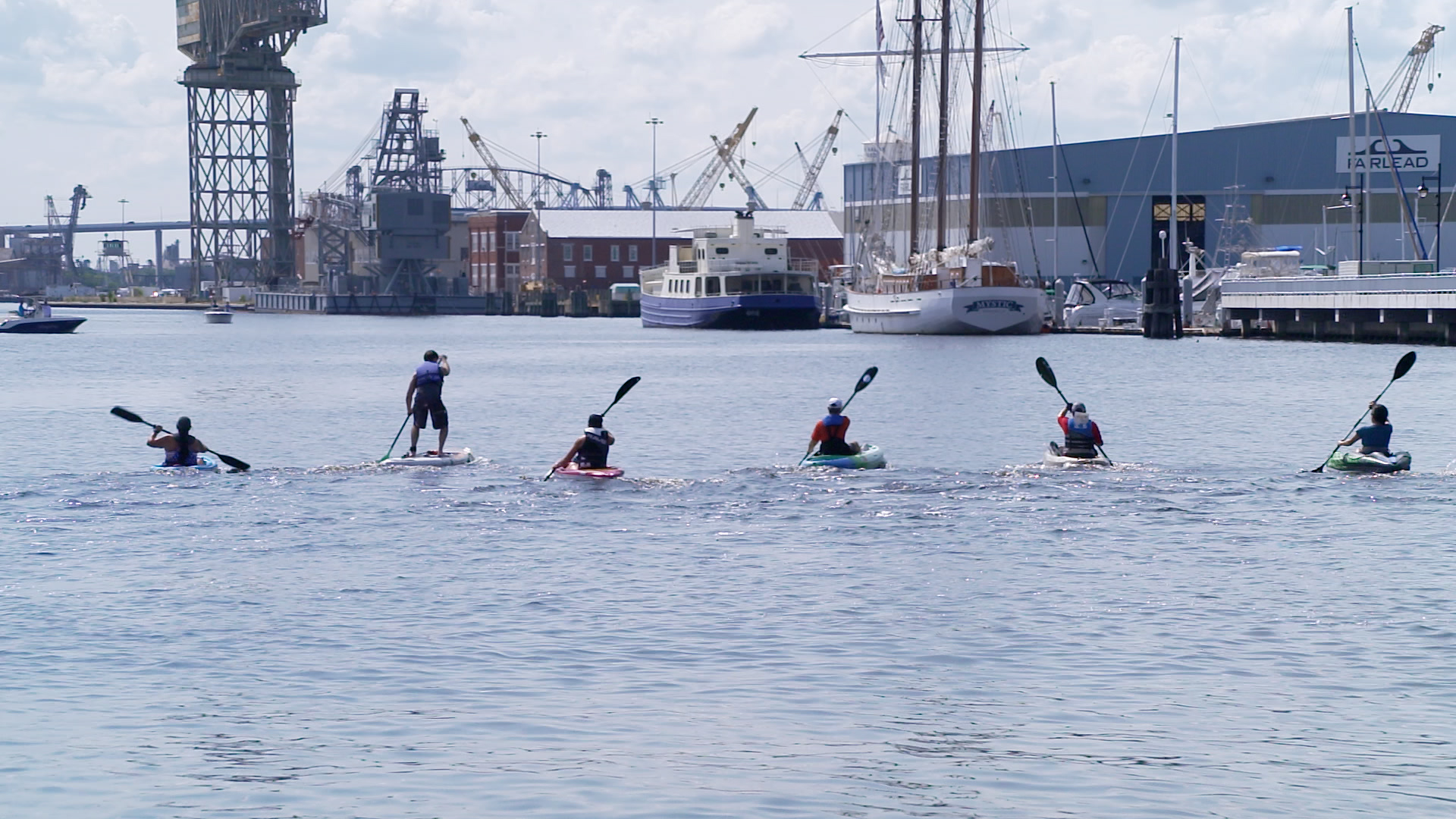