A Pennsylvania family visiting Rehoboth Beach this month has quite a story to bring home from summer vacation. That’s because a clam dish they ordered at a restaurant came with an unexpected garnish: a purple pearl!

Scott Overland, his wife Katie, their 6-year-old daughter and 2.5-year-old son were at Salt Air Kitchen & Bar when the couple decided to share a clams appetizer. It came with scampi sauce, bell pepper pico and parmesan cheese. While Overland was chewing a bite of his clam, he felt something hard, like a small bead.

Overland tells Bay Bulletin he first assumed the chef had dropped something into his meal. Then he thought, Could it be a pearl?

Some quick tableside Googling revealed that, yes, clams can produce pearls just like oysters can. This one was purplish in color, round on one side and flatter on the other. It reminded Overland of the old-fashioned candy buttons that used to come on paper from his childhood.

The restaurant sourced the clams from Cherrystone Aqua-Farms in Cape Charles, Va. Tim Parson, Vice President of Sales and Marketing for Ballard Fish and Oyster Company, which owns Cherrystone, estimates pearls only pop up 2-3 times out of the 60-80 million clams they grow annually. It all starts with a grain of sand, he explains. Typically the grain of sand gets stuck and the clam responds by coating the irritant.

“The animal will have a grain of sand that is inside of itself, whether it’s an oyster or a clam. And it will try to remove it or try to expel it and if it can’t expel it then it will try to protect itself if it feels an irritation. So it takes the calcium carbonate, which is the same material the shell is made out of, and it will start to coat the irritant and make it round and it will basically protect itself,” Parson explains.

He says most of the pearls produced by clams are purple because of the calcium they excrete. And the pearl found at Salt Air may even be worth something.

“It’s definitely worth checking because depending on the grade of the pearl, they are rare. They are worth some money,” Parson says.

Overland says they brought the pearl to a local jeweler near their home in Pennsylvania, who didn’t feel qualified to appraise it, and recommended they take it to a specialty jeweler. That’s what the family plans to do next.

Overland has seen past prices for pearls from clams reported anywhere from $600 to $16,000. But unless theirs is worth several thousand dollars, he doesn’t plan to sell.

“We’ll try to turn it into a family keepsake to hand down to our daughter. It’s not something that happens every day and it’s a fun family story to hand down,” Overland tells us.

Parson agrees. “It’s a neat experience. It’s definitely worth keeping. I would certainly have it evaluated and graded and possibly make some type of jewelry out of it.”

The discovery has caused excitement in Rehoboth, where the Overland family has spent their last three summer beach trips, and even nationwide. The Today Show picked up on the rare sighting Tuesday.

The Overlands got lucky with their meal, but the amazing discovery almost didn’t happen: Scott tells us they had requested the dish without bell peppers because Katie doesn’t care for them. When the clams accidentally arrived with bell peppers, the couple almost sent the plate back. But instead Katie decided against calling the error to the server’s attention and just ate it despite the peppers.

Thank goodness she made that decision—and thank goodness Scott Overland was paying attention when he bit into a hard, round thing in his clam.

“I’m lucky I noticed it. Who knows how many people have swallowed pearls or just left one at the bottom of the dish?” 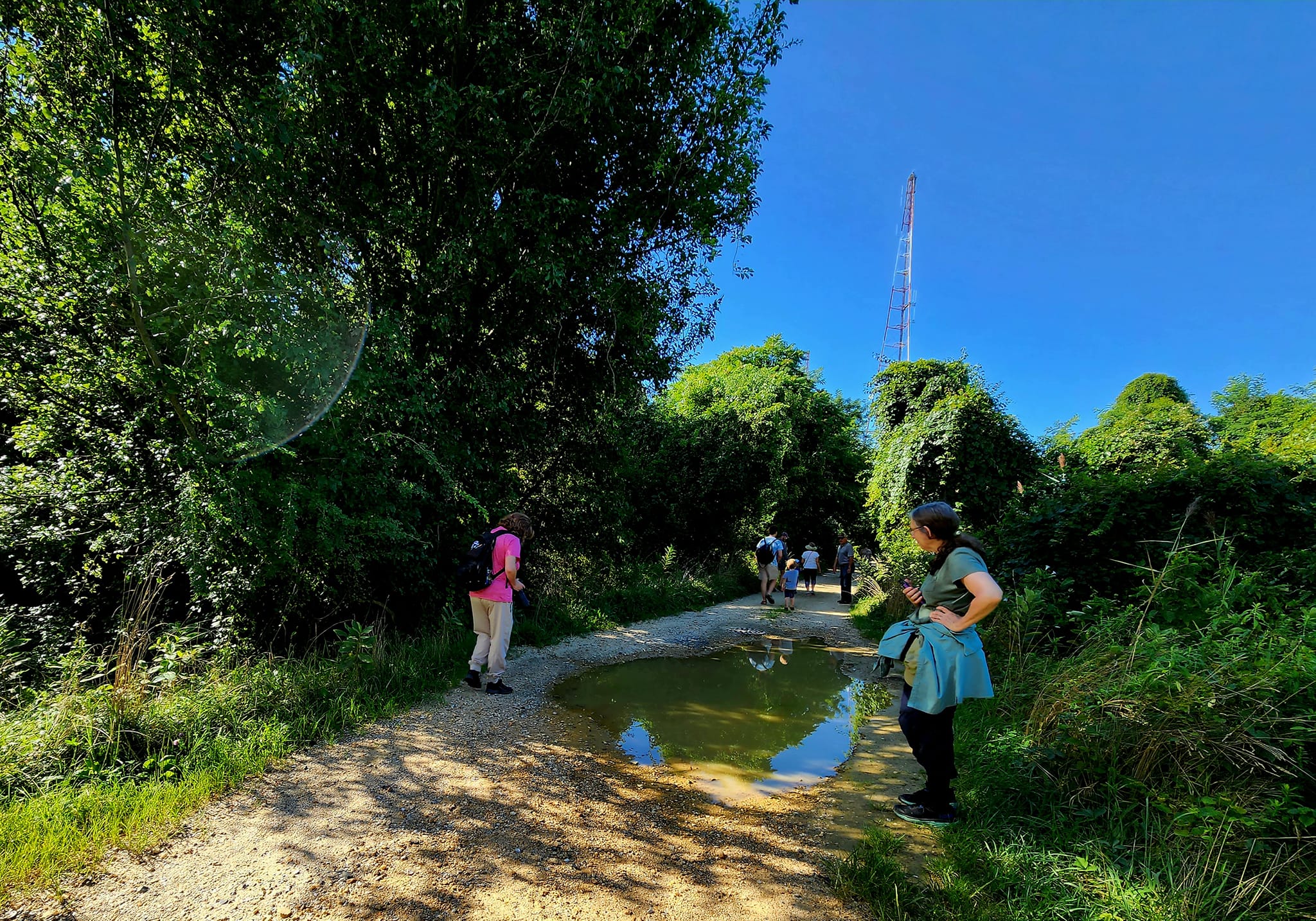 USNA Golf Development at Greenbury Point off the Table (for Now)

After more than three months of rumors, community outrage, and dueling lease proposals, the U.S.