A day as an apprentice at Chesapeake Bay Maritime Museum

Earlier this year I was offered the rare opportunity to help restore a century-old tugboat, piece for piece, authentic to its original construction. The project was part of the Apprentice for a Day program at Chesapeake Bay Maritime Museum in St. Michaels, which offers laypeople the chance to spend the day walking in the shoes of a shipbuilder.

I would be working under Jenn Kuhn, the museum’s Shipyard Programs Manager. Kuhn started at the Museum in 2011 as an apprentice herself, and now leads several groups covering various levels of woodworking expertise. Novices are welcome in the restoration of Delaware, a 1912 river tug; in fact, this particular project is aimed toward people with no prior knowledge at all.

We would likely be steam bending new frames, she said when I signed up, but that plan could change, as the restoration effort had been stalled by staffing challenges and was just picking back up again. Delaware needed far more extensive work than the usual repairs done on other boats in Chesapeake Bay Maritime Museum’s (CBMM) permanent collection. “It’s like a retirement home for these historic boats,” Kuhn said. “Delaware’s over a hundred years old and she’s in desperate need of some repair.”

In order to keep the shape of the boat true to its original form, Kuhn carefully removes every piece and records its position when necessary. As new components are added, the framework of the tug is used to shape the new pieces and preserve the contours. This process is slow and methodical, and allows CBMM to keep the integrity of the original construction underneath. “I don’t know really if there’s going to be much original fabric or really anything,” Kuhn said. “There might be a deck beam.”

Kuhn has a special relationship with the Delaware. Shortly after she started at the maritime museum, she’d helped prepare Delaware for its 100th birthday celebration. Her team took the tug back to its birthplace in Bethel, Delaware where they were met with huge fanfare. “It’s a little tiny town,” she recalled. “[Some] 500 people came to see the boat and get on the boat, and tell stories about how their granddaddy worked on it.”

In recent years, Kuhn had been repairing smaller, newer boats, but she’s happy to be working with Delaware again. “It’s really neat for me to be back to working with the older vessels and being able to breathe life back into them, and to respect their history and the people who built them and worked on them,” she said. “Delaware is one of my favorite boats in our collection.”

To get more background on the tug’s history, I turned to Pete Lesher, CBMM’s Chief Curator. Delaware was built in Bethel in 1912, during what he described as the “waning days of the age of sail,” when the United States began building more steam ships than sailing ships. (It is one of two remaining boats built in Bethel around that time; the other is the schooner Victory Chimes, which offers 3- to 6-night cruises out of Rockland, Maine.) “This was about the time that a lot of watermen were starting to tear the sailing rigs out of their boats and buy what they called a ‘one lung’ marine engine—a single cylinder gasoline engine—to drop in their boat, because then they could get home whether or not the wind was blowing,” Lesher explained.

Delaware, however, was designed for a gasoline engine—a method of propulsion still relatively innovative for small boats at the time. Tugs like Delaware could take sailing vessels in and out of harbors, thus prolonging the usefulness of sailing ships as gas engines became more common.

In 1929, Bailey Marine Construction Inc. bought Delaware and moved it to Talbot County, Md. For over 50 years, the tug pulled barges to construction sites around the county, including bulkheads on CBMM grounds in  the 1970s.

It’s not known exactly how many engines Delaware has housed in her working life, but after World War II she was outfitted with a surplus U.S. Army diesel engine. The transmission has been replaced and parts have been worked on, but after Delaware’s restoration, the same engine will likely go back in. Restoration is also being done on the small pilot house, which has room for one person and one person only; the cabin that stretches back behind it, which is mostly an engine room; and the narrow side decks, which again only provide one person egress.

With all of this background, I felt like I had already met the boat by the time I drove out to the museum’s shipyard for my one-day apprenticeship. A handful of other people gathered as we started the morning. The air was cold, but under a hat and gloves I was eager to get to work.

Kuhn told us that we likely wouldn’t get to steam-bending that day. Instead, in preparation for bending the boards, our job would be choosing new “ribs” of the boat from a selection of wooden planks. Only the best material could make the cut if their restoration efforts were to last well into the future, so boards with big knots and checks or any other sort of damage were culled from the bunch as we determined what would be used on Delaware.

Getting my first look at Delaware in its then-present state was admittedly a bit jarring. There was clearly a  boat there—the silhouette was unmistakable, despite the beams  and braces that held the frame in place.But its beauty was hard to make out, with jagged ends of boards poking out of every corner and hole, each bearing different tones and layers  of paint.

Crawling down inside to take measurements was eerie. Every inch of surface area bore its age in a hodgepodge of replacement beams. Nonetheless, we took the length of various boards to determine what would work as a replacement.

Towards the end of the day, we took the selected boards and ran  them through a thickness planer.  As the machine spewed curling wood chips into the air, the whirring blades inside revealed clean surfaces for each board, free of marks and smooth to  the touch.

While I didn’t get hands-on with steam bending, the Apprentice for a Day experience was fantastic and easy to recommend. On the drive home I thought about my conversation with Lesher and what the future may hold for Delaware.

“We are a maritime museum; we are fixed in place, we are 18 acres on the St. Michaels waterfront, but we have these boats,” Lesher said. “They can go other places and reach people that don’t get to St. Michaels.” Last year, CBMM deployed two boats from their fleet, “taking our message as sort of a traveling exhibit to tell the stories all around the Bay. Delaware has the potential to do the same thing for us.” I was grateful and proud that, in some small way, I would be a part of her next chapter.

For these Bay conservationists, it’s one dam thing after another. By Marty LeGrand We’re wading 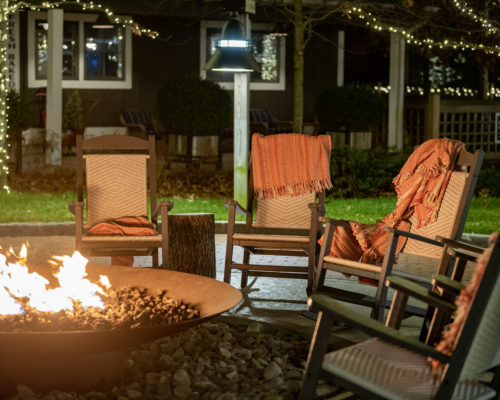