The wood duck population is on the rise, leading to more sightings year round.

Many moons have passed since I sat across from Cliff Brown at Holly’s Restaurant on Maryland’s Eastern Shore. There, I listened to his vision of how to repopulate Maryland’s woodlands with the brilliantly colored wood duck. Decades of habitat loss had driven down the woodie population, and he was intent on doing his part to reverse that trend.

That iconic restaurant, long a gathering spot of waterfowlers and travelers along Route 50, is gone. But Brown’s Maryland Wood Duck Initiative (MWDI) lives on. An ardent waterfowl hunter, Brown founded the grassroots initiative to build and post nesting boxes throughout the state for these colorful birds. He wanted MWDI to be volunteer-driven, especially by students. With buy-in from the state’s Department of Natural Resources Wildlife and Heritage Service, Brown and scores of partners and volunteers have, in the intervening decades, installed thousands of wood duck boxes at scores of locations that have undoubtedly resulted in many thousands of hatched ducklings since 2005.

Paul Peditto, Wildlife and Heritage Service director, told me back then that the MWDI is the “perfect template” for private/public conservation efforts. As a result of Brown’s efforts, in 2006 Ducks Unlimited named him its first Maryland “Conservationist of the Year” recipient. The following year, Maryland’s citizen-led Wildlife Advisory Commission chose him as its own Conservationist of the Year. (Full disclosure: I served as board chairman of the WAC during that time.) Five years later, Brown was one of six finalists for Field & Stream’s Heroes of Conservation award, which honors individuals whose conservation ethic and volunteerism benefits the hunting and/or fishing community.

“Certainly it’s wonderful to be recognized but I share [these accolades] with the thousands of students, hundreds of volunteers, and many groups who have helped over the years,” Brown told me at the time.

I caught up with Brown in the fall of 2020 to talk about MWDI and its involvement with a project on the Anacostia River. He was quick to credit the group’s longevity to a “core group of dedicated volunteers who handle the monitoring of the public nesting sites.” He said, “This is a continuous process which ebbs and flows subject to numerous personal circumstances. As we have matured our efforts these past 15 years, we are now starting to cull some generally lower-quality nest sites where volunteer recruitment and relatively fewer boxes are located.”

Over the past 15 years, funding for MWDI has varied widely, according to Brown. His organization does not solicit funds, but they have several site sponsor agencies that routinely provide funding for their sites, and run a few corporate events to raise money for box materials.

“We’ve also been fortunate to have been awarded two useful grants,” Brown adds. “We were a finalist in the Heroes of Conservation program and a recently won a grant from Exelon (via Delmarva Power) for the best environmental program this past year. We converted abandoned utility poles to nest box sites along railroad right-of-ways that traversed sensitive wetlands.”

Brown explained that removal of the poles would have been destructive to the wetland, so MWDI advised Delmarva Power on the nesting program, for which their engineers could direct the discretionary award grant to MWDI. The Chesapeake Chapter of the Safari Club has also been a consistent supporter, says Brown. The state duck stamp license program, the U.S. Fish & Wildlife Service, and Ducks Unlimited have all been instrumental in wood duck restoration efforts.

In the past decade and a half, his group has partnered with scores of organizations, and MDWI volunteers have logged tens of thousands of volunteer hours building and installing thousands of nesting boxes on private and public land throughout the state. Today, MWDI needs funds for roughly 100 boxes annually, and the poles are provided by the State Highway Administration.

Often, the group works on a grassroots level where they engage with non-profit groups and hundreds of school and youth groups who reap the benefits of taking an active role in MWDI projects. For many of these youngsters, this is their first, and perhaps only, chance to see up-close wetlands and the wildlife that inhabit these critical buffers.

One of these groups is the Earth Conservation Corps (ECC), a nonprofit founded in 1989 that, according to its website, provides “hands-on environmental education, job training, and community service opportunities for all ages with an emphasis on serving at-risk youth from Washington, DC.” The ECC’s mission is to “empower our endangered youth to restore the Anacostia River, their communities, and their lives.”

Recently I spoke with Emma Gesiriech, who was involved in the MDWI-ECC project on the Anacostia River. The Anacostia courses through the District of Columbia and Prince George’s County and Montgomery County in Maryland. Its watershed covers 176 square miles, in which more than one million people live. Decades of development, industrialization, and deforestation have left the Anacostia sorely polluted. Despite its degradation, however, there still exists a surprisingly and remarkably diverse number of species, including rare and endangered species, birds, fish, mammals, amphibians, and insects. Advocates are working hard to restore the Anacostia River watershed and are encouraged that this is a river on the mend.

Gesiriech explained that the partnership began in 2009 when the husband of ECC’s development director facilitated the wood duck box-monitoring program and built the wood duck boxes with that year’s corps.

Gesiriech shared that although the Anacostia River runs past their neighborhood, without being involved in MWDI “they’d have never gotten the chance to explore the river in a positive way. The wood duck box monitoring program gives the youth an opportunity to get on a boat (many for the first time), learn about the species and why they are endangered, and monitor the nest boxes throughout the process of egg laying and fledging. This empowers the youth to care about the river and all that inhabit within the ecosystem, including themselves.”

Gesiriech remembers, “During my time with ECC, we had a group of ninth-grade girls from Banneker High School that participated. They helped in setting up the boxes with nesting materials, monitoring for predation control and the total structure of the box. The girls went out with us monthly and monitored for egg laying and then to see how many fledged.”

Says Brown, “The habitat was relatively poor compared to most other sites. We felt it would be a beneficial project as success would be a testimonial that the Riverkeeper and other efforts to clean up the river would be working. About six or seven boxes were installed with the kids but initially subjected to periodic river trauma. Use was almost non-existent. I think we had one nest in the first six years. With some renewed vigor by the staff, we have now embarked on resurrecting the program, selecting some different sites and bringing the boxes and guards back up to shape. This past season we did have one successful nest, though COVID-19 has totally disrupted our plans temporarily.”

Brown has done this long enough to be realistic about the odds for a boom in the wood duck population on the Anacostia. Yet he says the educational benefits “are real…There is the potential for meaningful improvements” to the river’s wetlands and water quality.

The past year has been unlike any in most of our lifetimes for several reasons. Spending time outdoors has been a respite, a godsend even, to ease the mental stress caused during these difficult times. There have also been some impressive gains on the conservation front, including the Great American Outdoors Act. It marks the single greatest financial commitment to increasing public land access and opportunities for sportsmen and -women in our lifetime. Also of great importance is passage of the America’s Conservation Enhancement Act, which will help improve fish habitat, restore wetlands, invest in clean water solutions, and boost Chesapeake Bay watershed restoration efforts. Specifically, it reauthorizes annual funding to the Chesapeake Bay Program at $90 million through FY2025.

These national legislative wins are important, but just as important are local efforts, like the ECC-MWDI’s work on the Anacostia, which inspires people to take an active role in restoring their local river and the wild animals that live there. Multiply this effort by hundreds if not thousands of times by similar efforts across the Chesapeake watershed, then we just might have a shot at making our waterfront healthy again. 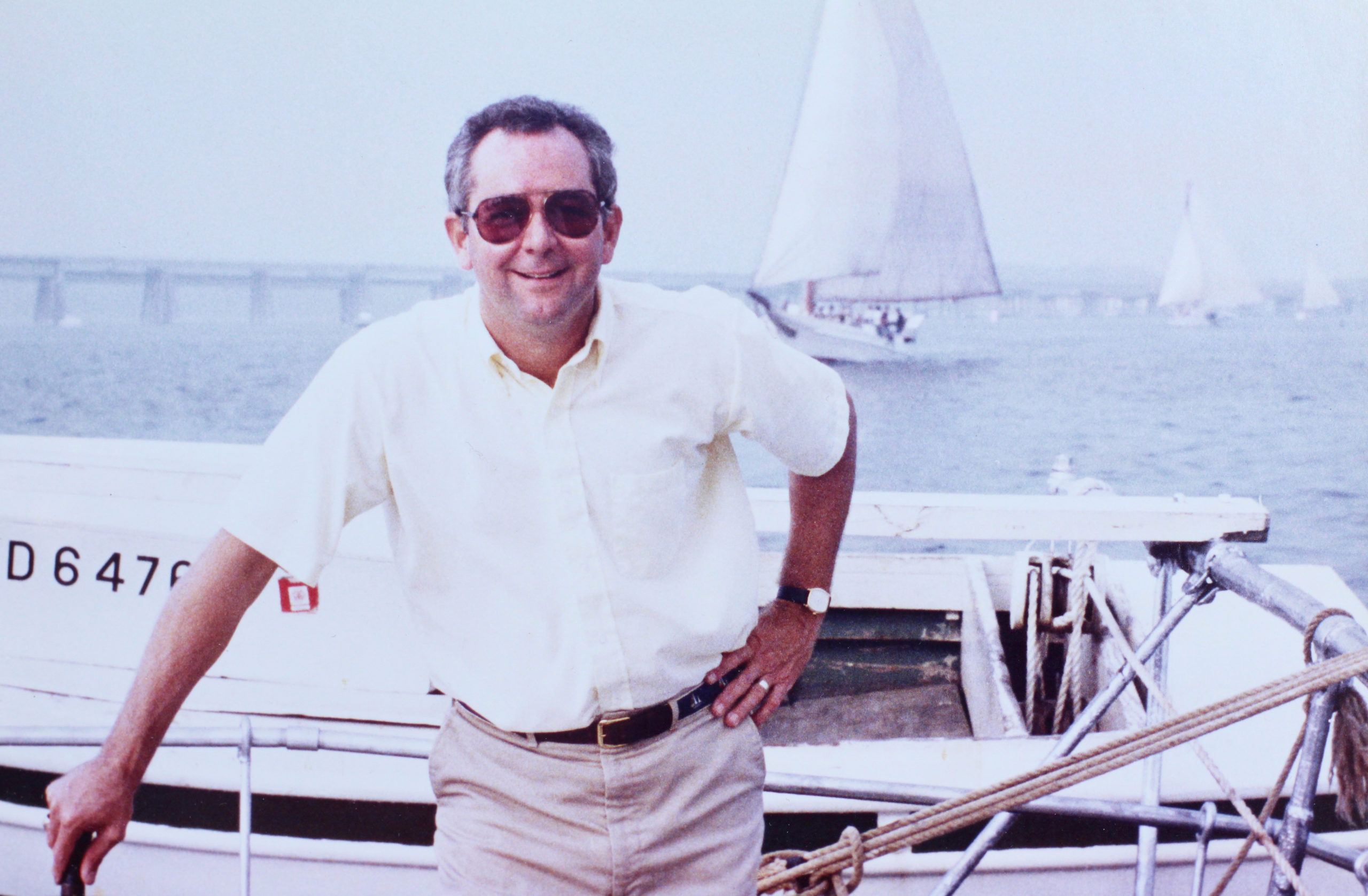 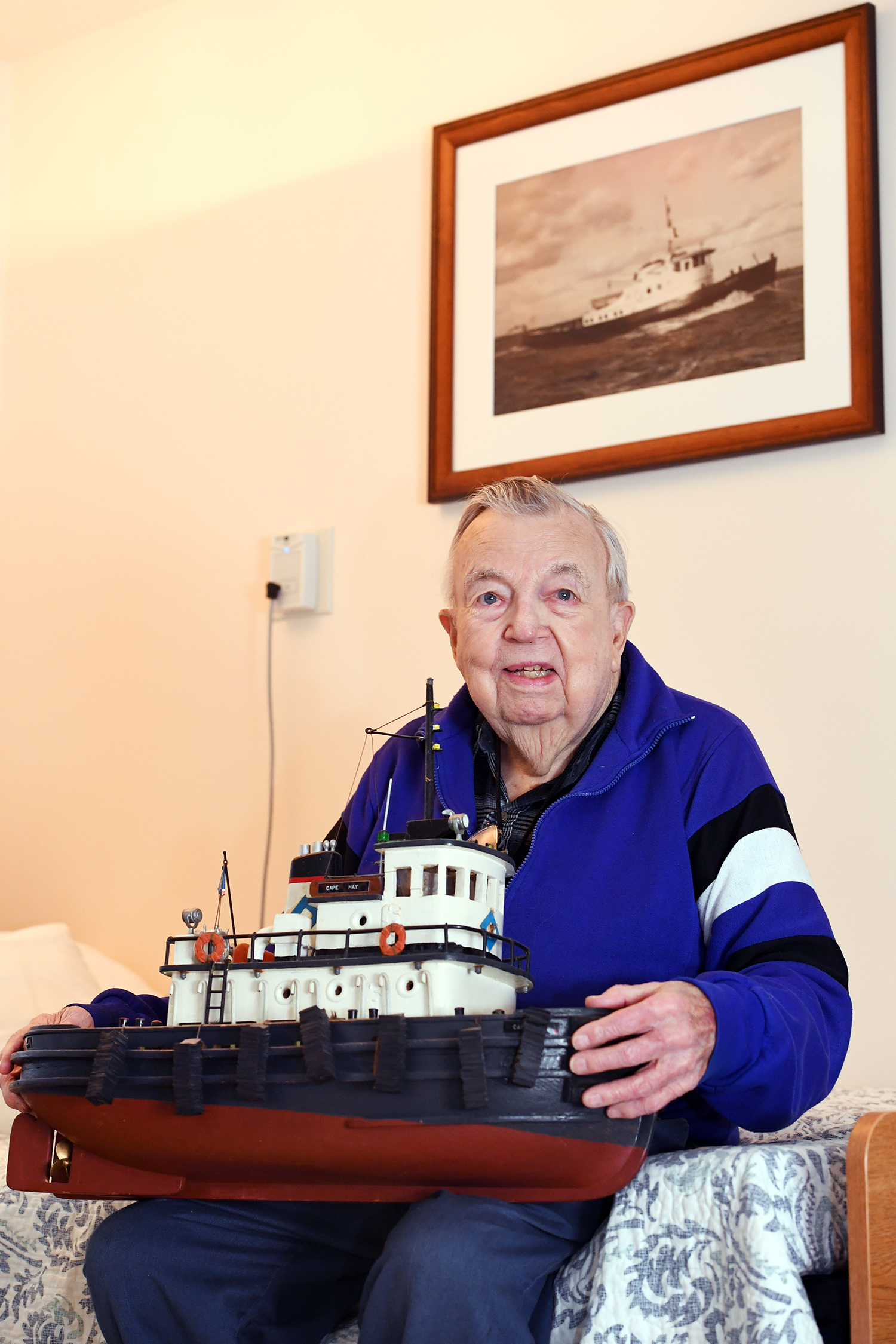