When there’s an emergency on the water on the Bay’s upper Eastern Shore, help will soon be able to get there even faster. The Rock Hall Volunteer Fire Company has received a federal grant to help buy its first ever firefighting boat.

Congressman Andy Harris (R-Md.) announced that the U.S. Department of Agriculture issued a $112,500 Rural Development investment grant to Rock Hall Volunteer Fire Company, Inc (RHVFC). It will go towards the purchase of a 36-foot aluminum fire and safety rescue vessel. Currently, Rock Hall has a rescue boat with no firefighting capabilities. That means volunteer crews must rely on equipment from nearby counties, like the Kent Island fire boat, which has to travel nearly 15 miles (a 30-minute ride) to help with fires.

The fire company is actively pursuing grants to get it closer to its goal, and once leaders see how much of the cost can be covered through grants they will launch a fundraising effort.

Congressman Harris says RHVFC serves as the “first call” to fires and emergencies in several small and surrounding towns, so it’s crucial that they have their own up-to-date equipment.

With an estimated 1,800 boat slips in the fire company’s service area (between the Chester River and the Bay), “there’s a lot of potential for catastrophic results,” according to Glenn.

The fire company does have a rescue boat, but it lacks firefighting capabilities. “It’s more of if you’re stranded out in the Bay we can go and we can help you. We can take crews to a boat if someone is in distress.  But we can’t fight fires with it,” Glenn says.

That’s where this first-of-its-kind boat would come in.

“History has shown over the past few decades that when there’s a marina fire, or a boat fire or even a house fire on the water, if you can deploy a boat with firefighting capabilities quickly that damage is significantly less.”

Harris says in a statement, “Last year alone, it was estimated that the RHVFC responded to over 200 fire and/or rescue calls in the community as well as more than 500 emergency medical related calls. This level of critical community need certainly warrants this rural investment funding, and I am confident this fire boat will improve the overall public safety of the Rock Hall residents.” 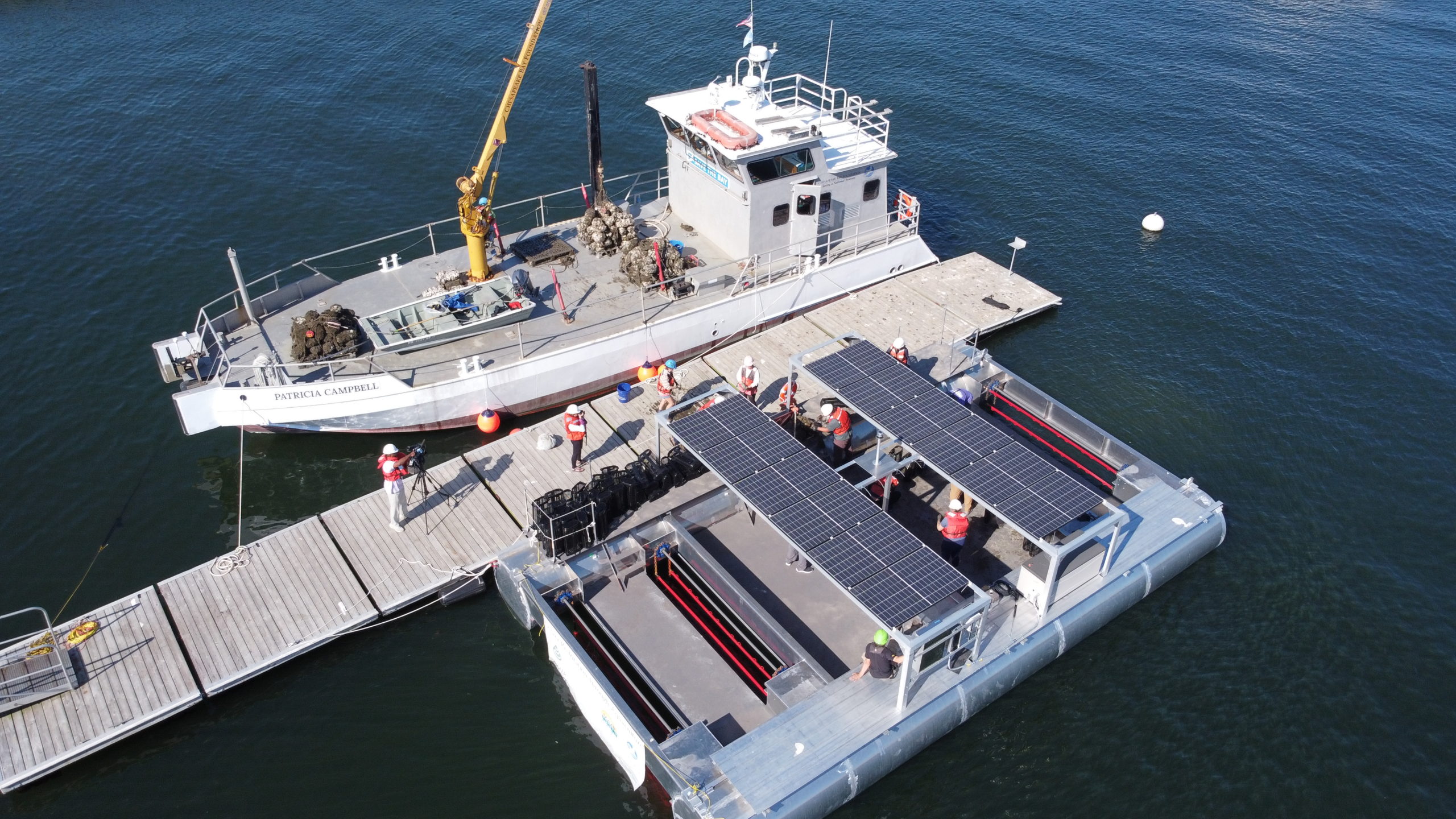 Bay Bulletin first introduced you to the ingenious invention nearly a year ago: oyster growing

Riverkeeper Dog Trains to Sniff Out Sewage Leaks on Susquehanna

From June to August, dozens of aids to navigation will be removed in the Virginia