The Golden Ray was a Korean cargo ship bound for Baltimore with shipments of new cars in September 2019, but the 71,000-gross-ton ship never made it. It began to list and capsized just 23 minutes after leaving the Port of Brunswick, Georgia for the Port of Baltimore.

The Port of Brunswick was closed down as the ship lay on its side, and the Coast Guard searched for four missing crew members of the 23 on board. Eventually everyone was found safe.

Now, nearly 15 months later, the first piece of the ship is being removed from St. Simons Sound off the Georgia coast. Salvagers are cutting the 660-foot Golden Ray into eight different sections to move it, each section weighing between 2,700 and 4,100 tons.

“Section One”, the bow of the wreck, was cut and hoisted on Saturday by a 255-foot tall dual-hulled Heavy Lift Vessel that arrived at the site in late October. Incredibly, photos show the ship sliced straight down the middle, with the auto cargo visible inside. Ship spotters have been watching the operation with bated breath. Photographer Brenda Meeks

The scale of this ship’s salvage is massive. It took three months just to empty its 24 fuel tanks, almost all of which were full when it capsized (300,000 gallons of fuel in the end). The ship was a total loss, and insurance estimates put its cost at $70–80 million, plus another $80 million loss of the cargo on board. Golden Ray was bringing new Kia and Hyundai vehicles to the Port of Baltimore, and then moving on to deliver other autos on board elsewhere.

A barge will carry Section One of the ship away, but that’s no small feat either. The Barge Julie B and her massive cargo must exit the one-mile Environmental Protection Barrier surrounding the Golden Ray.

“This is our first major milestone in the removal operation,” says Commander Efren Lopez, U.S. Coast Guard Federal On-Scene Coordinator. “Responders on the shore and on the water have vigilantly kept watch for and responded to any environmental impacts. We encourage the public to continue reporting any debris they encounter through the Debris Reporting Hotline and online form.”

Environmental impacts have been a major concern for waterkeepers and residents of the Georgia coast. Unified Command has stationed recovery crews for any oil or debris at the shoreline, on the water, and at the Environmental Protection Barrier (EPB). There is a 150-yard safety zone around the EPB, 200 yard for recreational vessels. Protective booms have also gone up in “sensitive locations” around St. Simons Sound.

Salvagers are now beginning to cut the second section. 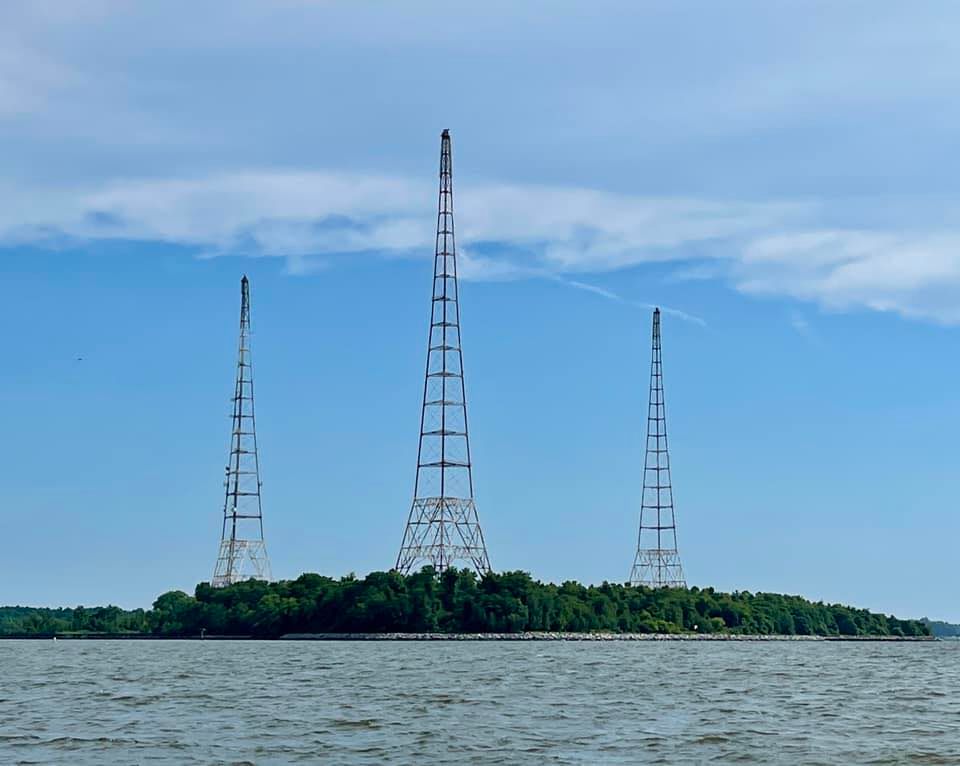 Who says that stormwater management can’t be beautiful?  Thanks to a talented group of local

Boat Parade Back in Running for Nation's Best Holiday Parade

For the third time, the Eastport Yacht Club Lights Parade in Annapolis is nominated for