A special sighting at Washington, D.C.’s busy Union Station is captivating birders and even everyday commuters. A snowy owl, the largest North American owl which hails from the Arctic Circle, is spending time in D.C.

The striking, patterned-white owl has been drawing dozens of people waiting to catch a glimpse and photograph it. Dr. Wayne Bierbaum, wildlife columnist for our sister publication CBM Bay Weekly, writes this about the owl’s fame:

Jan. 11 was cold and windy. Friends of mine, Barb and Tom Statas, drove into Washington D.C. and by 5 p.m. started to set up camera equipment just outside Union Station. Some 50 other people with binoculars, scopes and cameras joined them near the Columbus fountain and they waited in the cold and dark. As the night went on, the crowd thinned out but finally at about 7:30pm the bright white under-wing of a large bird flashed in the street lights. The bird landed on the globe top of the fountain and the cameras started clicking.

After calmly surveying the scene and preening, the large bird flew down and appeared to go after a rat and returned to the statue. Eventually, it appeared to catch a rat and flew off. Both Barb and Tom got some nice photos. They returned two days later and got more stories and photos. The bird was the now-famous DC snowy owl. It has been seen around Union Station since at least Jan. 3 and has made local and international headlines. A French news service wrote about it and the UPI published a photo of the owl sitting on top of Columbus’s head eating a rat.

I spoke to Barb Status about her experience with the owl. She felt that it comes to Union Station mainly for getting food. The globe on top of the fountain makes a great perch. The bird did not seem disturbed by the onlookers. It was given enough space at the fountain and that it appeared calm and if it was anxious, it certainly could leave. She was told by a bird expert that the owl was a young female. The owl was seen to chase pigeons and rats and was observed on multiple occasions eating a rat. The bird did not have a visible tag. The Union Station area has several homeless tents and many rats.

Snowy owls occasionally fly down from the Arctic Circle in the winter. Most of the birds that make trip are juveniles.  Years ago the cause of the winter migration was thought to be because a lack of food. But it is now thought that the cause of the migration is when there is a very successful breeding and the young birds spread out to find hunting grounds.

In winter of 2013-2014, an irruption of snowy owls occurred perhaps hundreds of snowy owls flew south. One was even seen as far south as the Bahamas. During that winter many of the birds were tagged and their travels were closely monitored. It was called Project SNOWstorm, and the program continues to this day.

It turns out that the owls feed mostly on lemmings in the summer and do not travel far. But in the winter, they are largely duck hunters and travel long distances to find open areas in the ice shelf where ducks congregate. When the owls fly south, they frequently end up along the coastal sand banks. At night, they hunt sea ducks and during the day, rest in the pale sand dunes that look similar to the arctic tundra. Adult male owls are almost pure white and females and juveniles have dark bars on their chest. Telling the difference between a juvenile and a female is difficult but the males start shedding bars until adulthood at three years.

This year seems to have more snowies than usual. However, because pressure from human contact disturbs their rest, most of the birding public have stopped reporting exact locations. A snowy owl was seen along the South River this year but the photo and location was quickly asked to be removed. That makes the D.C. owl special because it will show up if it wants to and it rests in an unknown location. Out of concern for the bird, all forms of rat poison have been ask to be removed from the area around Union Station. It has been requested that the public be quiet and give the bird space. 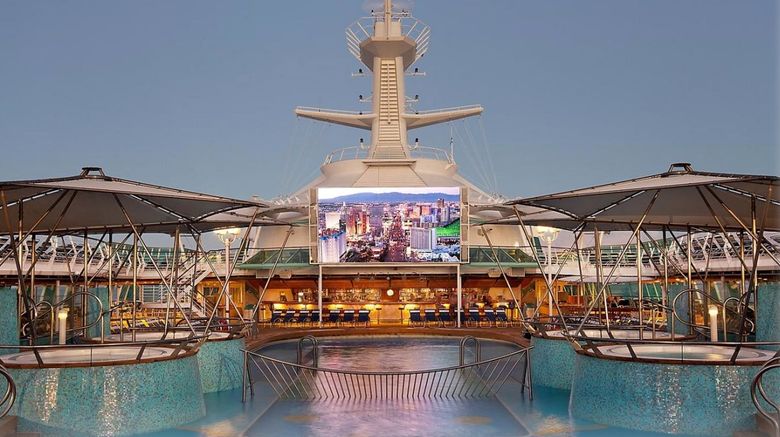 It’s now just over a week until the Progressive Baltimore Boat Show kicks off, and

Ham and Easter go hand in hand as springtime traditions. But did you know that