It’s hard to imagine a world without birds chirping outside in the morning or during a stroll in the woods. But a new study has found that birds are in serious decline across North America, including in the Chesapeake Bay region.

There are nearly 3 billion fewer birds in North America than there were in 1970 — a 29% decline during a single human lifetime, according to the study published in October by the journal Science. The study was done by eight scientists with government and private bird research organizations in the United States and Canada.

Populations of even the most common species that people see at backyard bird feeders or outside have plummeted — think cardinals, titmice, wrens, goldfinches, house finches, sparrows and blue jays, to name just a few.

The decline of one of the most ubiquitous kinds of wildlife may be the strongest evidence yet that Earth’s ecosystems are in trouble. The study warned that birds, which are widely monitored,  are prime signals of environmental health. Birds are important pollinators and seed dispersers, and they keep insect populations in check. They also drive a considerable economic industry from birdwatchers who feed them and chase them around the country.

The factors that are driving down bird populations are accelerating, and the study warns that, unless those threats are addressed, some species will be in danger of collapse.

“It’s alarming. It makes me feel like we are trashing the planet and we need to do things in a better way,” said David Curson, director of bird conservation at Audubon Maryland/DC. “I’ve seen these trends for quite a few years. This study just kind of brings it all together and lays it out for the public to see that we have really damaged our environment.”

One of the study’s authors, Michael J. Parr, who also is president of the American Bird Conservancy, said the numbers show “the global wildlife crisis has arrived in our backyards.” A National Geographic writer called the bird plummet “a state of quiet freefall.”

The study’s researchers pored over 50 years of annual bird surveys — many by citizen scientists — as well as government counts and radar data from weather satellites that have been used to track swarms of migrating birds at night.

The study found that the Baltimore oriole, so important to baseball fans in Maryland, has dipped by about one-third since 1970.

Among those suffering the most alarming declines are birds that depend on shoreline and marsh habitat, including those that are emblematic of the Chesapeake Bay.

These shorebirds and wading birds around the Bay are currently not threatened but are on the Maryland Department of Natural Resources’ list of birds most in need of conservation: great egret, glossy ibis, brown pelican, laughing gull, least tern and spotted sandpiper.

Together, shorebirds are down by 17 million, or 37%, across North America. Red-winged blackbirds, found around almost any wet spot in Bay country, are down by 439 million.

Most of the bird problems along the Bay are due to climate change, said Bryan Watts, director of the Center for Conservation Biology at the College of William and Mary and Virginia Commonwealth University.

Rises in water levels from a warming planet are burying vital habitat at the water’s edge, he said. “When you look out on the marshes, it looks fairly similar to what it did, but it’s no surprise when you look at the small numbers [of birds] because they can’t produce any young due to inundation.“

Case in point: the eastern black rail, as recently as 1990, was a common bird found in marshes along the Bay. Now, the U.S. Fish and Wildlife Service, citing more frequent inundation of nests from more frequent storms and increasingly high tides, has proposed listing the bird as threatened. A final decision was expected in October.

Not all birds showed declines. Raptors, wild turkeys and waterfowl such as geese and ducks showed large gains. Raptors are protected and waterfowl and turkeys each have dedicated conservation programs, largely paid by hunters, to preserve their habitats. In the Bay region, ospreys, eagles and other birds of prey have actually increased because they have been targeted by multiyear restoration programs. 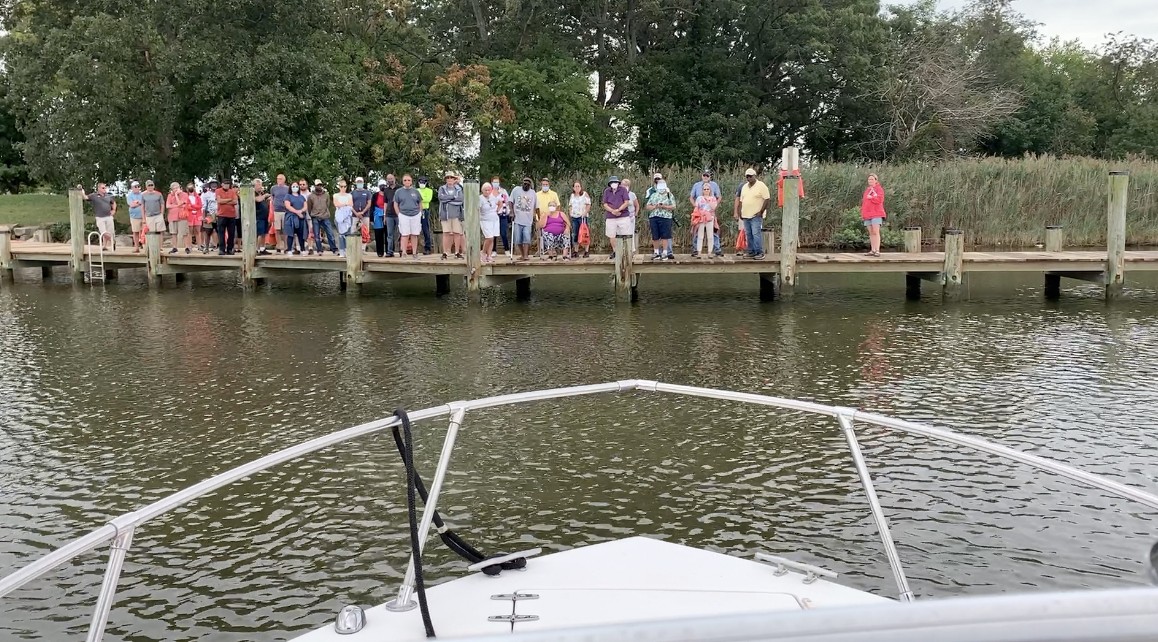 There are plenty of new boaters out on the Bay, if you hadn’t noticed all