Restoring oyster reefs is a priority on the Chesapeake Bay, as we know healthy oyster populations can buoy Bay-wide clean water efforts. But the National Oceanic and Atmospheric Administration (NOAA) wanted to know just how much restored reefs can help, and how that could translate to the Bay region’s economy.

So NOAA Fisheries’ Office of Habitat Conservation used a high-tech model to predict long-term benefits of restored oyster reefs in the Choptank River system. Spoiler alert: the predicted benefits would be remarkable for both the ecology and the crab industry.

Together with six partner institutions, NOAA published a technical memorandum that looks at oyster reefs in Harris Creek, the Little Choptank River, and the Tred Avon River, all parts of the Choptank system that have been targeted with large-scale oyster restoration under the Chesapeake Bay Watershed Agreement. These reefs are considered “young” today (Harris Creek’s oyster sanctuary was just completed in 2015, and the other two are still underway), but the research model also looked at what may happen when the reefs are “mature,” roughly 15 years after restoration.

Researchers found that a mature oyster reef scenario could support about 45 percent more (in biomass) commercially harvested fish and crabs than are harvested today. Then they factored in the additional filter feeders that typically live on and near oyster reefs, like anemones, barnacles, mussels, etc. With those organisms living around the mature reef, researchers found the blue crab harvest in the Choptank River system could increase 80 percent from today–a boost of 2.4 million pounds of crab. That’s because those filter feeders are prime food for crabs. Similarly, white perch numbers could increase by 110 percent, according to the study.

The team of scientists and economists used the computer model Ecopath with Ecosim, a computer model to explore how the food web would be affected based on a handful of different scenarios. Because seafood sold at the dock impacts a chain of businesses behind it, increased commercial crabs and fish harvested would bolster employee wages, repair and maintenance expenditures at marinas, gear and bait, and more. The study finds mature reefs with filter feeders “could support 142 additional full and part-time jobs in the Choptank area and enable an additional $9.9 million in total sales.”

The study was paid for with funding from the NOAA Chesapeake Bay Office and the National Fish and Wildlife Foundation. Its results can’t be directly transferred to other parts of the Bay (geographical conditions like salinity, temperature and turbidity in the Choptank were taken into account). But researchers hope the models and methods established here could be used to determine ecological and economic outcomes elsewhere, too.

The full 78-page study is available to read here: https://spo.nmfs.noaa.gov/sites/default/files/TMOHC6_0.pdf 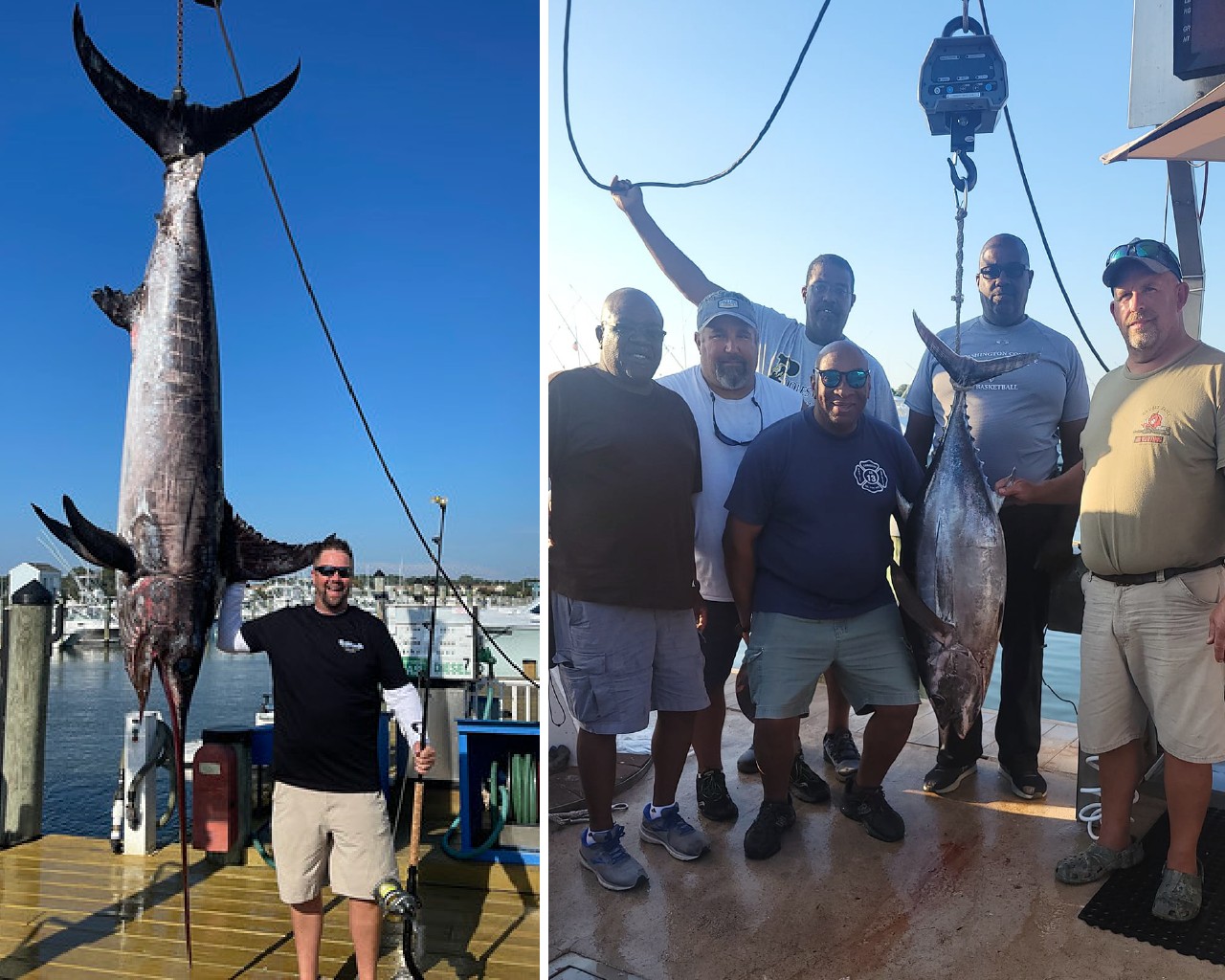 Ocean City’s fishing charters are known for catching big, photo-worthy fish off the coast. But

Bridge Replacement to Give Boats More Headroom in Chesapeake Beach