Recreational crabbers may be taking more blue crabs from the Bay than fishery managers previously thought, according to a new study from the Smithsonian Environmental Research Center (SERC) on the Rhode River.

Study co-author Matt Ogburn, a SERC biologist, points out that crabbing is an iconic Chesapeake pastime, and that’s part of the importance of keeping the crab population healthy. “It’s such an important cultural activity here to go out and harvest crabs,” Ogburn says.

To keep the blue crab stock in good shape, fishery managers need a clear count of how many crabs are being taken by commercial traps and how many are going home with recreational crabbers. While commercial crabbers must report their catch each season, those of us crabbing for our own dinner don’t have to report our catch. So it’s hard for managers to get an accurate harvest number.

Watermen, not just fishery managers, also want to know how many crabs are being caught recreationally. “Particularly within the commercial sector, fishers are concerned about how big the recreational fishery is and whether that is possibly impinging on their ability to fish themselves,” explains study lead author Robert Semmler.

In the new study, biologists teamed up with local watermen to tag 6,800 crabs across 15 regions on Maryland’s western and Eastern shores, including the Bay mainstem and several tributaries. The technique is called “mark-recapture”.

The vinyl tags attached to the crabs’ shells contained the lab’s phone number and an offer for a reward. Anyone lucky enough to catch a tagged crab could call the number and report where they caught it, and whether they were a recreational or commercial crabber.

The study, published March 15 in The Canadian Journal of Fisheries and Aquatic Sciences, improves on past methods of tracking recreational crabbing numbers, like surveys and voluntary self-reporting. “If those methods underestimated the amount of recreational fishing, if we keep doing the same thing, we’ll always be underestimating it, and we won’t know that,” Ogburn said.

SERC says help from crabbers was key to the success of the new tagging program—both to let scientists on their boats to tag the crabs, and later, to call in their catches.

“It’s good to have that relationship and to have people in the community know that they can trust the science, because they were involved in it,” Semmler said.

This new estimate would give Maryland a more accurate picture of recreational crabbing in the state, the study authors say. The tagging approach also allowed researchers to identify recreational crabbing hot spots, where people catch more crabs than average. These hot spots are often in areas with easy water access and waterfront homes.

“Depending on where you live, recreational harvest could range from near zero to more than twice the size of commercial harvest in densely populated places like the Severn River,” Ogburn said.

Scientists from the Smithsonian Environmental Research Center, Lancaster University and the University of Maryland took part in the project. You can read the full study at cdnsciencepub.com. 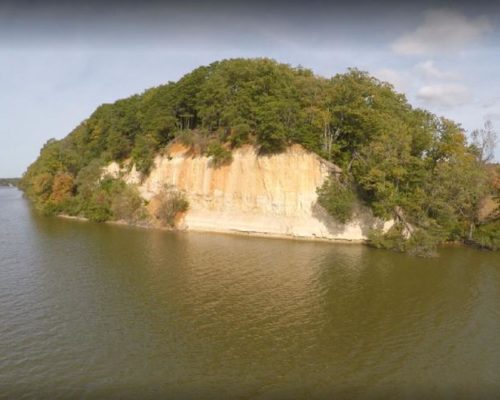 By Whitney Pipkin, Bay Journal News Service Plans for luxury development on a strip of