That means the outsider may be able to expand its range into mainstem Chesapeake waters, and from there into new Bay tributaries and even Delaware Bay, the study shows.

The study’s authors, VIMS fisheries professor Mary Fabrizio and Ph.D. student Vaskar Nepal, looked at how well blue catfish can tolerate salinity in their non-native Chesapeake Bay habitat. Some fish can become more salt tolerant when exposed to brackish waters like those in the Bay.

“We wanted to see how long blue catfish can survive at a given salinity to help us better understand the extent to which they can colonize areas other than those where they were originally stocked,” says Nepal.

The researchers did experiments in VIMS’ Seawater Research Laboratory and looked at long-term data from the Juvenile Trawl Survey (1975- 2017).

Blue catfish were stocked in the tidal freshwater stretches of the James, York, and Rappahannock rivers during the 1970s and 1980s for recreational fishing. But they’ve since expanded downstream and had a population explosion. Now, there are up to 220 fish per acres in some areas, with 1.6 million blue catfish in just one seven-mile stretch of the James River.

Why is it a problem? Blue cats out-compete native species for food, upsetting the ecological balance. That makes the results of Nepal and Fabrizio’s study especially concerning.

“Our results indicate that blue catfish can use brackish habitats to colonize new river systems, particularly during wet spells when salinity decreases throughout the tidal rivers of the Chesapeake Bay,” says Nepal. “They also show that range expansion is most likely to be carried forward by the largest fish.”

The study finds the fish could migrate even further up the Bay’s tributaries, and even possibly make a jump into the Delaware Bay using the C&D Canal.

But the findings don’t just warn of a blue catfish takeover, they give fisheries managers knowledge that could help prevent some of the threat. Because blue catfish are most likely to expand during the wettest years, extra monitoring after heavy rainfall could allow for “selective removal” of fish and disrupt their expansion.

Fabrizio agrees: “An ounce of prevention is worth a pound of cure.” “Proactive prevention and early removal of blue catfish from these new habitats is likely to be an effective approach to minimizing their negative impacts.”

The study was reported in the November 5th issue of PLOS ONE, a peer-reviewed scientific journal. 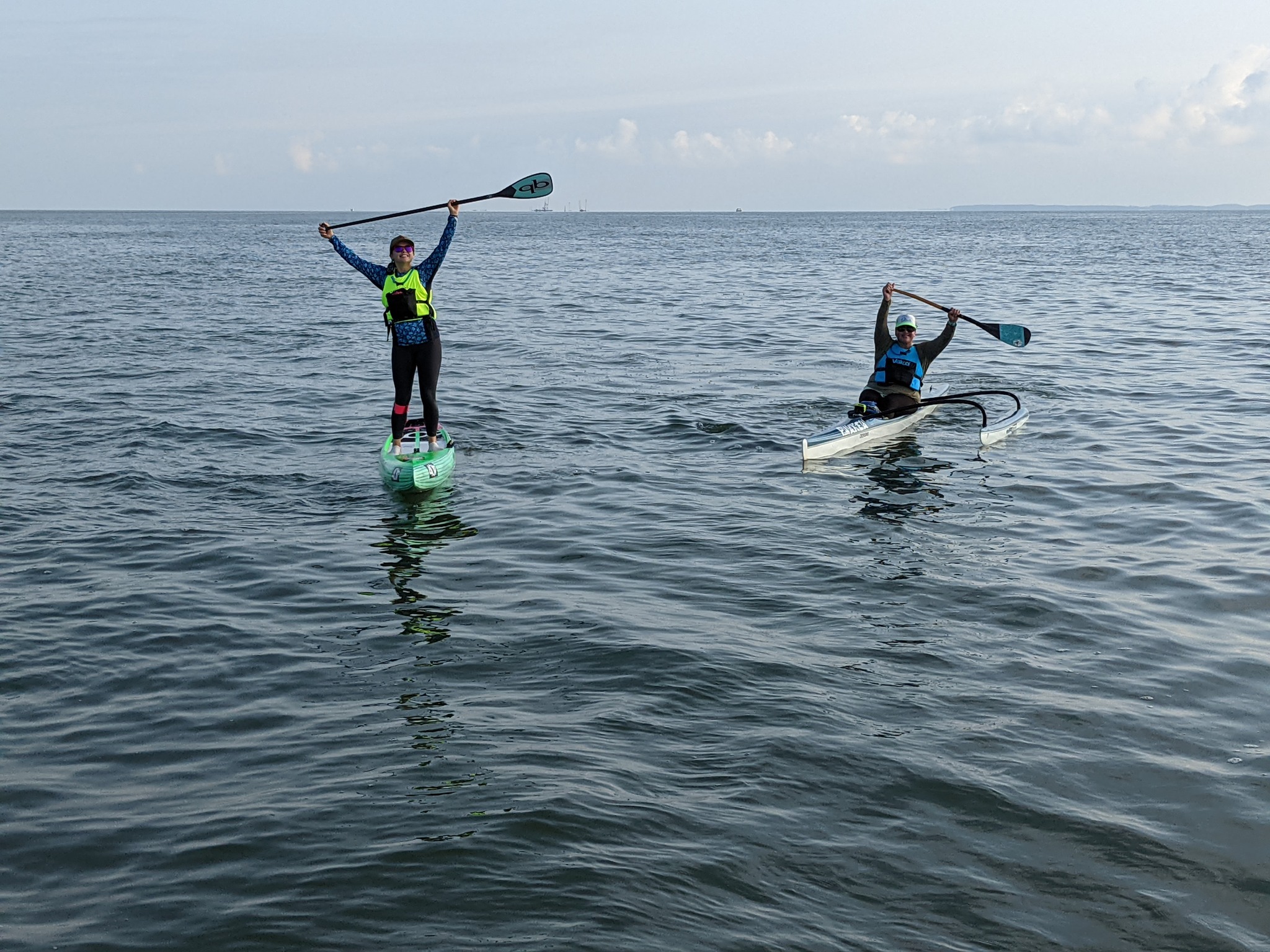 In 2020, one guy was crazy enough to attempt to paddle the length of the

Last Waterman’s House at Annapolis City Dock to be Preserved