The partial government shutdown is going on four weeks now, and members of the U.S. Coast Guard officially missed their first paycheck this week. Since then, financial support for Coast Guard families has been pouring in from different directions.

Coast Guard Commandant Admiral Karl L. Schultz reassured the nation that the 40,000 active members of the Coast Guard are still serving citizens, despite not being paid. In a Twitter post, he wrote:

“Like every other member of the Armed Services, U.S. Coast Guard men & women took an oath to “support & defend the Constitution.” They continue to uphold their promise to the American people. Through adversity, America can sleep well tonight. The USCG has the watch.”

Admiral Schultz announced a $15 million donation from financial group USAA, as he noted this is the first time a stalemate on Capitol Hill has caused U.S. Armed Forces service members to miss a paycheck.

In addition, the Coast Guard Foundation sent an initial $250,000 in family support for service members, teaming up with the U.S. Coast Guard Chief Petty Officers Association to distribute the support to members around the country.

“While these funds will not cover the $150 million it takes to fund the Service’s payroll, we can send our help to those who continue to put their lives on the line every day and serve our nation with pride,” said Coast Guard Foundation President Susan Ludwig.

To make a donation to the Coast Guard Foundation, click here.

Meanwhile, some U.S. lawmakers are trying to pass legislation so that Coast Guardsmen and women can be paid right away.

In a letter to the bill’s co-sponsors, BoatUS, the nation’s largest boat owners’ advocate group, writes,

“As one of the groups directly affected by the readiness of United States Coast Guard, boat owners have a profound interest in all issues that have a material impact on its smooth functioning.”

BoatUS notes the wide range of Coast Guard missions that boaters rely on, including “search and rescue, boating safety regulation, and support for aids-to-navigation.”

BoatUS is urging recreational boaters to call on their lawmakers to support the bill. To learn more, click here.

Right here on the Bay, two yacht clubs have come together to throw a fundraiser for their local Coast Guard Station.

Mathews Yacht Club and Fishing Bay Yacht Club will hold a “family night out” for service members at the Milford Haven Coast Guard Station, located just 3. nautical miles from Fishing Bay. Organizers say “the 22 Coasties there, and throughout the country, are critical to every sailor and mariner who ventures on the water.”

The two yacht clubs will buy tickets for Coast Guard families to attend the Mathews Volunteer Rescue Squad Chili Cook-Off on Saturday, Febuary 2 at the Piankatank Ruitan Club, from 4:30 to 7:00 pm. The two clubs encourage other locals to attend, in a show of support.

If you can’t make it, but want to support the local Coast Guard station, physical donations of food, diapers or toiletries can be dropped off at U.S. Coast Guard Stations, care of the Chief Petty Officer Association. The station will distribute the items. 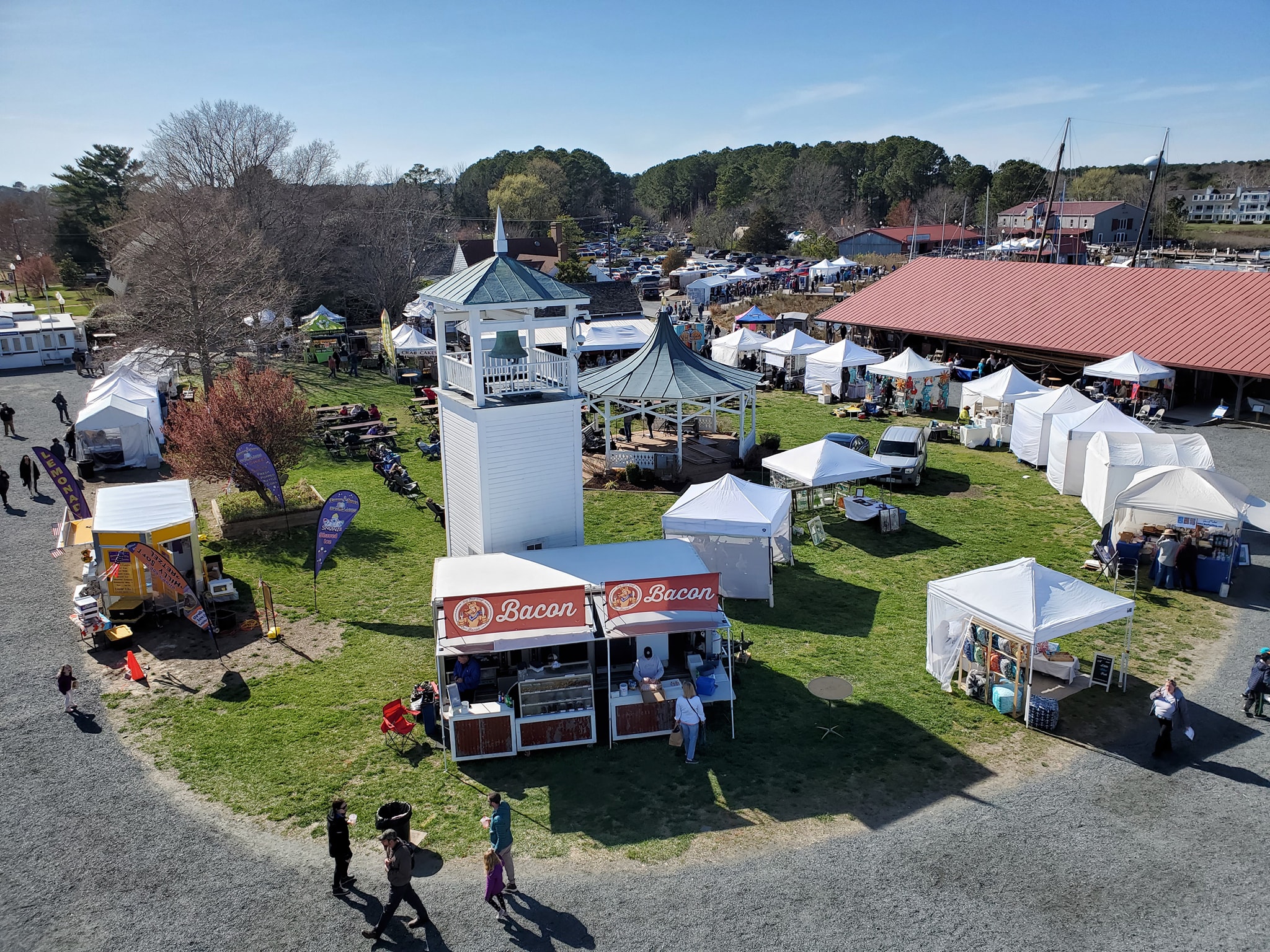 Football on the Big Screen at Md. Seafood Festival

The Maryland Seafood Festival is upon us. This Saturday and Sunday, head to Sandy Point