After years of patient conservation work, an artifact found in a sunken warship has finally returned to some of its former glory.

A bone-handled knife, found hidden away in the turret of the USS Monitor in 2017 after being at the bottom of the Atlantic for 140 years, has just reached the halfway mark in its conservation treatment at The Mariners’ Museum and Park.

The USS Monitor served in the Civil War, including the Battle of Hampton Roads. Although she sank and came to rest near Cape Hatteras in 1862, her turret was raised in 2002. The turret, other pieces of the ironclad, and the artifacts discovered within have been in the care of the museum, where the
conservation team works to preserve them.

Mariners’ Museum Assistant Archaeological Conservator Laurie King said in a recent blog post that while three years of work on the knife may seem like ages, it’s actually not too shabby when it comes to this type of archaeological conservation.

“Many objects can take years to complete treatment, and you do not often get immediate gratification for your work. This is due to a number of factors, but the main one for us Monitor conservators is due to salts,” she says.

King explains that it can take quite a while for salts to be removed from artifacts like the knife that were immersed in salty water for prolonged periods of time. The rest of treatment can’t begin until all the salt is removed. Fortunately, the handle and the blade of this knife were easy to separate. This was a small victory since the two materials require different treatments, says King.

The handle, which is now complete and safe in storage, was cleaned using bamboo skewers, brushes, and chemicals and was then consolidated; as King explains it, this process is a “common conservation method which injects a very dilute adhesive into an object. The adhesive fills cracks and weak points inside the object, making it stable from the inside out.”

Now that the knife is beginning to resemble its original state, it’s easier to imagine it being used during everyday life in the 1800’s.

“The knife undoubtedly belonged to one of the sailors on the ship,” King tells Bay Bulletin. “We can’t be sure if this was an object the sailor had owned for several years, or a newer purchase, but it can at least
be dated to 1862, so at least 158 years old.”

As for the rest of the artifact, King says it should be only a bit longer until the job is done. “Hopefully, the knife blade will complete desalination soon, and can finish conservation in the near future.”

King says the conservation team has found a variety of items over the years including bone buttons, silverware, hand tools, and other personal items. While it’s getting less and less likely that they’ll discover more objects now that much of the marine growth and concretion have been removed from the turret, King says it’s not out of the realm of possibility. “There is still a chance.” 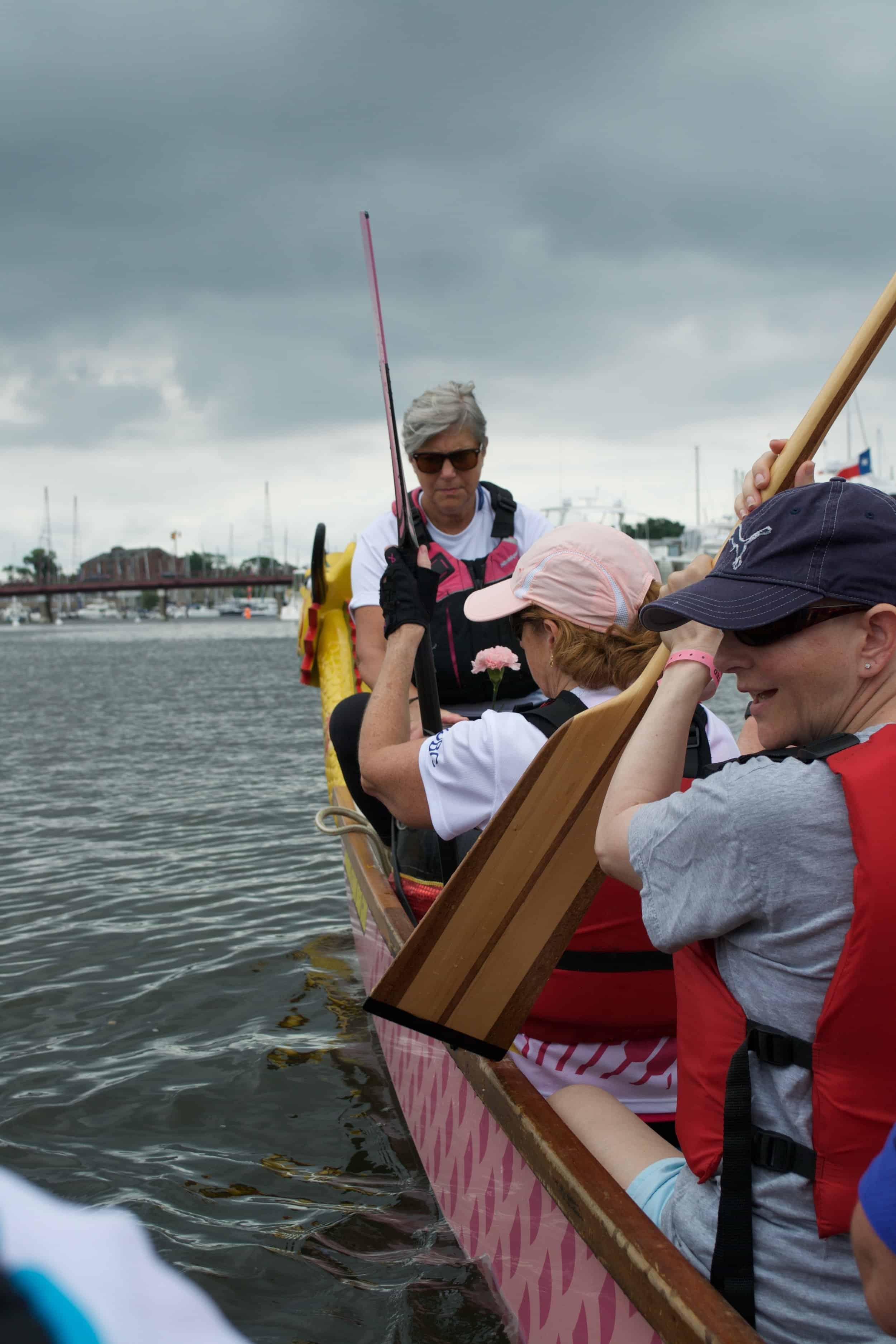 The Annapolis Dragon Boat Club (ADBC) kicks off its season with a new launch site,