Starting the weekend of August 3-5 at the town marina in Urbanna, Virginia, between 10 and 15 of the seafood and cargo-hauling vessels will travel around the southern Bay to educate the public about their rich tradition and significance in the area.

Then, from August 6-7, the cruise will visit Fishing Bay in Deltaville, moving on to the Hampton City Marina from August 8-9 and finishing at Whitehouse Cove Marina in Poquoson from August 10-12 before heading home.

From the early 1900s to the 1980s, thousands of buyboats traveled up and down the Chesapeake primarily to buy, transport and sell oysters from tongers (rake-like tongs used to gather oysters) to shucking houses. As highways became the primary mode of transporting goods, the wooden workboats slowly disappeared from local waters.Today, only around 30 buyboats are still alive in the Chesapeake.

The buyboats on the Bay averaged 60 feet in length, with the largest being 84 feet and the smallest being 45 feet. The boats, now privately owned or functioning as educational museum boats, still travel to the far corners of the Bay, visiting communities of watermen to remind future generations of their heritage and continued importance on the Bay.

The CBBA, split into northern and southern fleets, covers New Jersey to Florida. Their goal is to work to bring an understanding of the vessels to ports they previously frequented. Members of the association include buyboat lovers and owners alike, who maintain and operate the boats on their own dime, simply to share their significance in the Bay region.

The northern snakehead fish is practically something out of a sci-fi movie: a freakish-looking, invasive 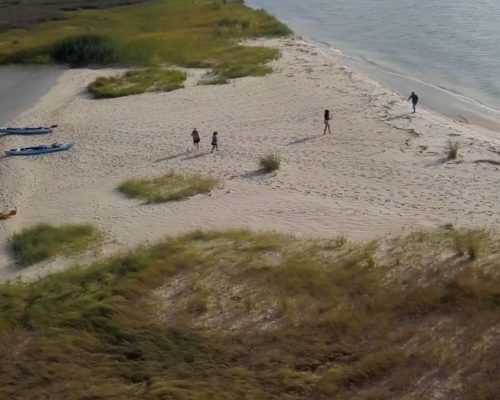