A three-alarm fire at a Susquehanna River marina and condo complex sent three people to the hospital on Easter Sunday.

The fire at Owens Landing in Perryville, Maryland, started in the early morning hours of Sunday, April 1. The condo complex is adjacent to Owens Marina, just across the river from Havre de Grace. Firefighters from Perry Point Fire Department rescued an elderly woman from her third-floor condo. She and two other people were taken to the hospital with injuries, but all are in stable condition. 24 people have been forced from their homes, and the condo building has been declared “a total loss.”

Click below for a slideshow of the extensive damage:

The Community Fire Company of Perryville and several other fire companies helped fight the fire, including fire boats from the water. Charlestown Boat 5 and the Susquehanna Hose Company’s Boat 552 responded. Boat 552 stayed on scene all day into late afternoon helping to put out hot spots. 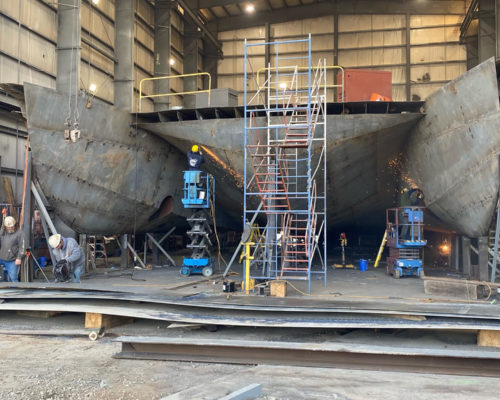 We’ve long seen underwater grasses as a sign of health in the Chesapeake Bay, but

A boater swimming off his boat on the Pamunkey River was swept away Sunday morning,