story and photos by Ashley Stimpson

As a longtime landlocked Midwesterner, my first summer in Maryland was all about the Chesapeake Bay—I swam in it, sailed in it, hiked its banks and ate my fair share of its bounty. I marveled at ospreys and bald eagles, caught some catfish, and threw them back. I read in earnest about bygone amusement parks and dance halls, and studied endless recipes for crab and many-layered cakes.

I couldn’t get enough.

So when I stumbled upon a few tantalizing crumbs of information online about the chance to kayak out to a tiny, private island off the Eastern Shore and camp for the night, I cleared my calendar.

Although today’s Janes Island is a just a fraction of its original size and is predominantly saltmarsh, recovered artifacts suggest thousands of years of human activity on its shores. According to William Cronin’s The Disappearing Islands of the Chesapeake, the Annemessex Indians were the first to inhabit the island, and early British settlers found ample and fertile land to grow notoriously delicious watermelons, apples and peaches there. In the late 19th century, a menhaden oil and fertilizer factory occupied the south end of Janes Island, providing work for hundreds of Eastern Shore residents until it was shuttered during the Great Depression.

Rising tides and a couple centuries’ worth of hurricanes have destroyed virtually all traces of any settlement, returning the island to its natural state. The only residents who remain are birds, bugs (many, many bugs) and sea creatures. It is a wild place, with miles of lonely water trails that lead to miles of desolate beaches. It is the Chesapeake Bay, untamed and unplugged.

Janes Island State Park was established in 1963 and more than 50 years later is still providing visitors the opportunity to enjoy this unique haven. For my introduction to the Eastern Shore, I chose to spend the night in the backcountry site located on Long Point, a small island on the extreme southern tip of the park. Out of the three backcountry sites available, it required the longest paddle and thus promised the most solitude.

In all my research, I forgot to study arguably the most important aspect of my trip—the tide report. My Sisyphean paddle to Long Point wasn’t, I’ll admit, the most pleasant journey. With the wind and water working against me while motorboats whizzed by with condescending gusto, there were moments when my voyage felt ill-advised. But the extra hours paddling Daugherty Creek afforded me plenty of time to get to know the locals.

On my right, the egrets stood marble-still in shallow water, dwarfed by the dancing cordgrass behind them. The cormorants, on the other hand, put on quite a show, soaring in their funny, labored way before diving like Olympians into the silvery waters. I have read that a cormorant can plunge deeper than most birds its size, but I still held my breath until each one surfaced, usually with lunch firmly in tow On my left, I passed sunny, sleepy Crisfield. Gliding by its quiet coastline, it’s hard to believe that the town was once teeming with rowdy oystermen, raucous saloons and rampant prostitution and gambling. The
19th-century oyster boom created unprecedented profit and debauchery in Crisfield, and stories of the era are filled with parties, pirates, gunfights and a state-sanctioned “oyster navy.”
Today’s oyster navy is the Maryland Department of Natural Resources Police, still working to enforce
oyster laws.

The last mile or so of the trail crosses open water. Feeling the power and fighting the surge of the Bay was equal parts exhilarating and exhausting. But as I finally came upon Long Point, tonight my own private island, I caught a second (third?) wind and paddled like a mad woman for home.

I had imagined tromping all over the island like those kids in “Lord of the Flies,” but it became apparent rather quickly that I would be beach-bound for the night. When I visited in July, the vegetation on Long Point was so thick and so tangled that simply walking a few steps was a thorny and doomed enterprise. No matter. I had come here for the water, and on Long Point, I had my share.

As I set up camp on one of the wooden platforms, I glanced out across Old House Cove. Its peaceful waters belied its past as the location of a famous shootout between an oysterman dredging out of season and state authorities. I tried to picture the bullets flying but my eyes kept returning to the smokestack that rose from the cove’s opposite bank. It is the only remaining trace of the menhaden plant and civilization on the island, standing in solitude superimposed on what looks like the edge of the world. I scanned the landscape going north, looking for the quarantine facility built during the oyster years when Crisfield was full of carousing and contagious diseases, even though I knew it was long gone.

From time to time, the Smith Island Ferry or a booze cruise out for the evening buzzed by. The people aboard couldn’t see me and I didn’t envy them, sailing to someplace where they had to share the water and the view. Out here, both were mine alone.

The evening simmered as the sun began to move over Tangier Sound. I readied my camera and took my place on the beach. Despite my Bay-centric summer, I had never witnessed a famous Chesapeake sunset. As the sky melted from a stormy purple to a flamboyant red, I thought about all the people—the Native Americans, the explorers, the farmers and the factory workers, the sick and the oyster-crazed sailors—who had stood on the island, staring slack-jawed at the sky like me. When the sun finally disappeared behind those storied waters, I felt like a speck on the infinite horizon out there in the middle of that enormous history. But mostly, I just felt at home.

Ashley Stimpson is a writer and adjunct professor at the University of Maryland University College.

A Man, A Boat, An Outlook 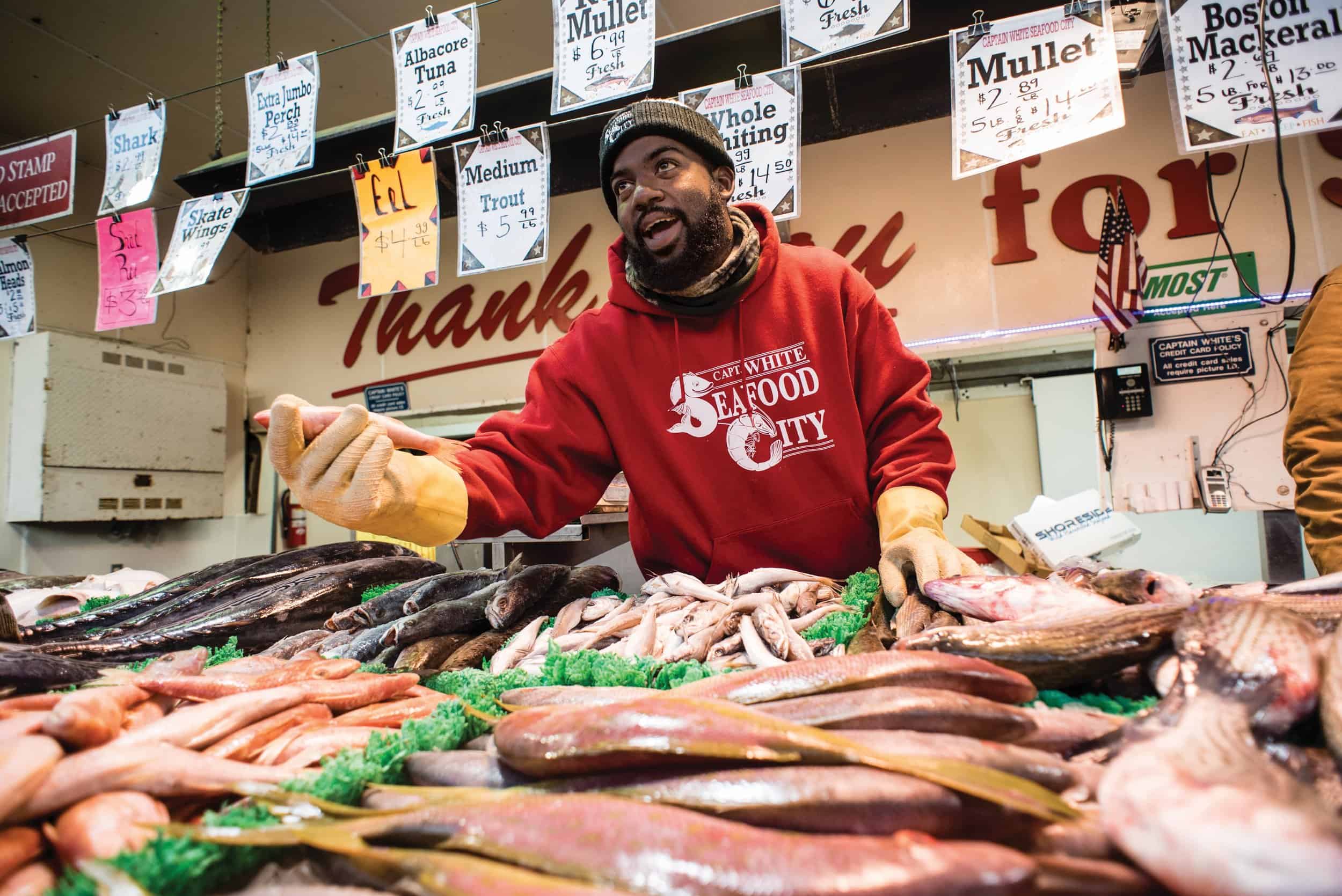 Reeling in the Years