The health of the Potomac River has hit a high note.

In this year’s State of the Nation’s River report, Potomac Conservancy gives the river a “B,” its highest mark in all ten years of report cards. The Potomac is the source of drinking water for more than 5 million people living around Washington, D.C. And in this year’s report, the Conservancy says pollution is declining, wildlife is returning, and more land is protected, all contributing to the river’s rebound.

“The Potomac River is making a comeback and is on its way to joining the Charles, Willamette, and other urban rivers that have made remarkable recoveries in recent years,” said Potomac Conservancy President Hedrick Belin.

There are high hopes that the Potomac could be the next swimmable urban river in the U.S.

The report finds American shad, bald eagles, and other native wildlife are returning to local waters, and the Potomac is the only river in the Chesapeake Bay region where shad populations are exceeding restoration goal numbers. But invasive species like blue and flathead catfish, and northern snakeheads, could still threaten those numbers.

The report also finds more forest and farmland is being protected in the headwaters, and the river is becoming more and more popular with the public, thanks to broadened access and water activities.

But the report warns, polluted runoff remains the biggest threat to water quality. According to the Potomac Conservancy, “Sprawl and deforestation throughout the region are causing a rapid increase in polluted runoff, stormwater that washes toxins, chemicals, and fertilizers from our streets into waterways…A decline in tree planting  along vulnerable streams and creeks coupled with an increase in paved surfaces could slow the Potomac’s recovery.”

To read more details on the report, click here.

It’s now just over a week until the Progressive Baltimore Boat Show kicks off, and 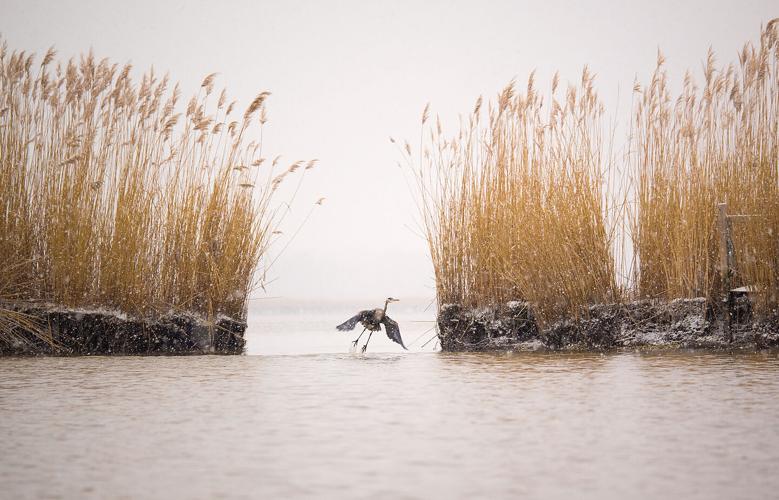