A 17-year-old is fighting for his life at Baltimore’s Shock Trauma after a canoeing accident in Oxford, Maryland.

It happened Sunday evening just after 6 p.m., as the teenager was canoeing with a group of people on Trippe Creek, off the Tred Avon River. Maryland Natural Resources Police (NRP) tell Bay Bulletin that Talbot County got a 911 call around 6:20 p.m. Sunday, for a young man who had gone underwater just across the creek from the Talbot Country Club, after the canoe he was in overturned.

NRP spokesperson Capt. Melissa Scarborough says there were five people in the group at the water’s edge, and when the teen fell into the water, someone in his group pulled him from the water and tried to swim him to shore.

That’s when Capt. Scarborough tells us, “A good samaritan in a boat came along and pulled both subjects aboard and took them to shore.  A person on the vessel gave CPR until EMS arrived.”

Talbot County EMS responded to the shore, and the victim’s injuries were serious enough that he was flown to Shock Trauma, the Baltimore trauma hospital “dedicated to treating the severely injured.”

As of Tuesday, the teenager was in critical condition.

Police say the victim was not wearing a life jacket, and no one in the group of five had a life jacket with them.

NRP is investigating the case.

One of the Navy’s future destroyers has been named for Admiral Jeremiah Denton, a Naval 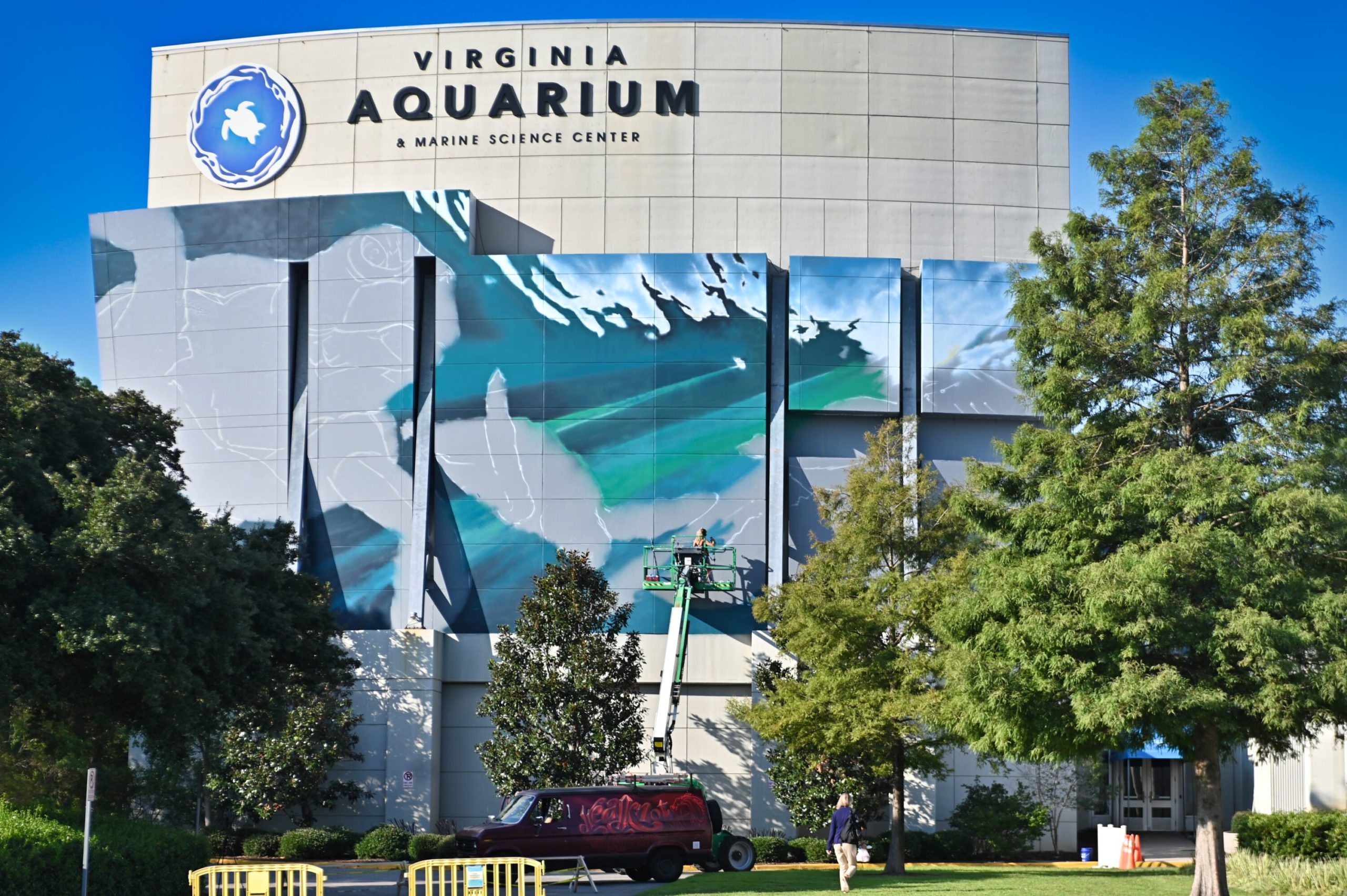 In an effort to beautify the Virginia Aquarium and Marine Science Center’s huge front wall,