On Wednesday, a team from at least seven different organizations came together to drop 140 concrete balls into the water off Tilghman Island. The giant, bowling ball-looking structures are called “reef balls”, and they’re being used to build up a manmade reef that provides habitat for Bay life.

The reef balls were built by students in STEM education programs, in Carroll and and Anne Arundel counties as well as Vienna, Virginia. The addition of the new reef balls more than doubles the current size of the reef, making it one of the largest man-made, three-dimensional reefs in the Maryland portion of the Bay. 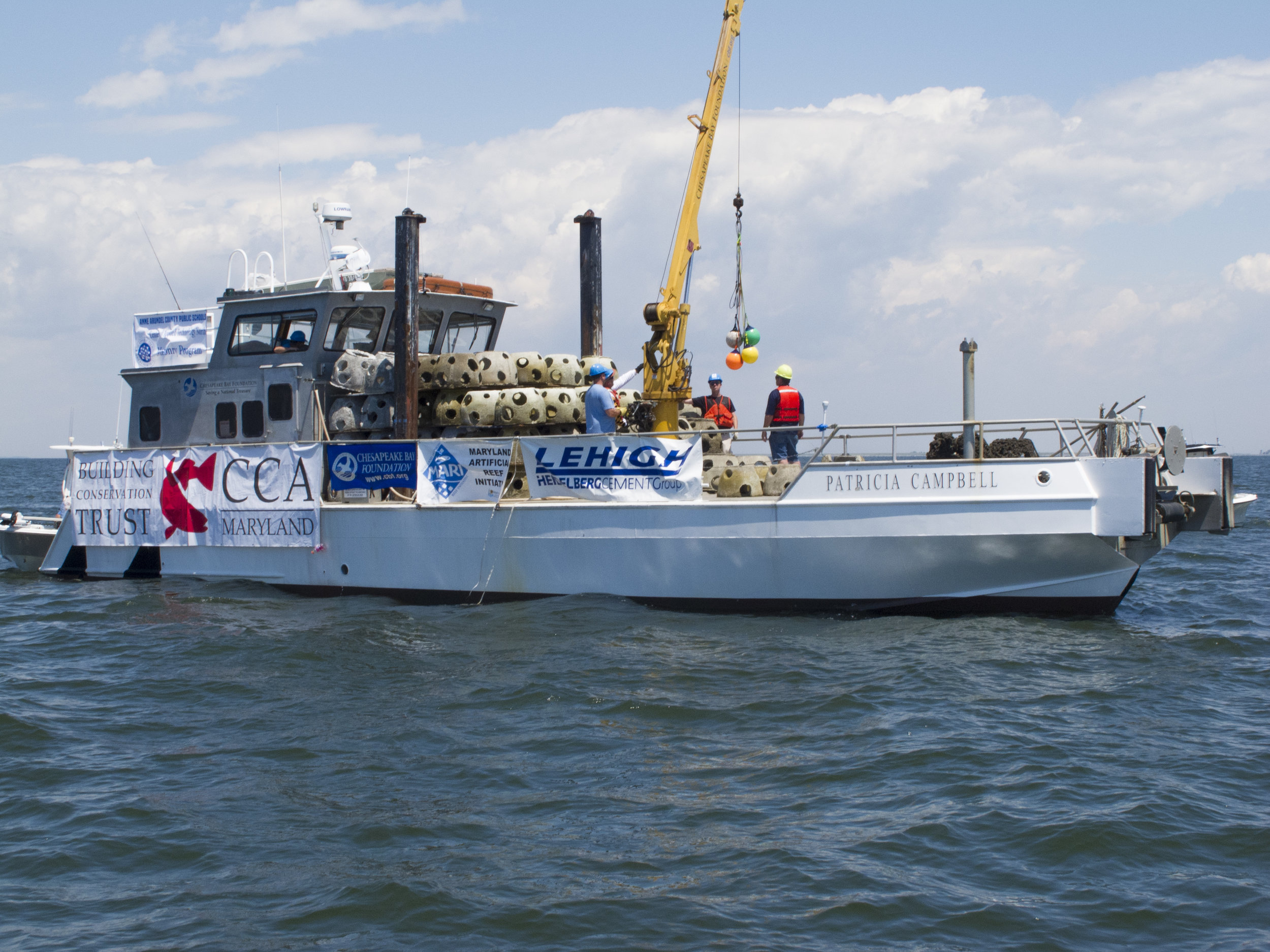 Half of the 140 reef balls being deployed this summer were set with oyster spat, at CBF’s oyster-growing facility in Shady Side, Maryland. Then they were loaded onto the foundation’s special oyster-planting boat, the Patricia Campbell, and dropped into the deep, hopefully to enrich the environment,.

Stevenson University scientist Dr. Keith Johnson is monitoring the reef. It provides habitat for fish, oysters and other filter feeders. It also attracts fish, making it a great spot for recreational fishing.

Members of CCA carried spectators and members of the press on their private boats for the reef ball planting: special thanks to Keith Frazier of AllTackle for bringing sponsors and press out on his big sport fishing boat.

December may be the month for mistletoe and holly, but it’s also time to raise...

It was a potentially deadly situation that happened in a single moment: a boater trying...

The Bay pilot who was operating the container ship MV Ever Forward when it ran...