After a two year hiatus due to COVID-19, the Guinea Jubilee sponsored by the Guinea Heritage Association is scheduled to return on Sept. 23-24 in Bena, Virginia on the Abingdon Ruritan Club grounds.

Guinea Neck is a peninsula tucked somewhere between the southwest branch of Virginia’s Severn River, Mobjack Bay and Sarah Creek, on the York River. The boundaries are such that it depends on whom you talk to as to exactly where Guinea starts and stops.

Guineamen, as the watermen are called, have the reputation of being extremely competent and independent commercial fishermen. The name Guinea is of uncertain origin but folklore has the name associated with George Washington and the great American Revolutionary War victory over Lord Charles Cornwallis at Yorktown.

Legend has it that Hessian mercenary soldiers occupied the area of Guinea in 1781 and after Cornwallis’s defeat some found safe haven in the low, isolated marshlands of Guinea Neck. The name Guinea supposedly came from the one guinea the English were paying the Hessians per day to fight against the Continentals.

Over time these Hessians and others became some of the best and often notorious fishermen on Chesapeake Bay. That fisher folk heritage is why in 1979 Charles “Chuck” Davis and John Hasty, then co-owners of Plaza Pharmacy, founded the Guinea Jubilee, a festival designed to honor the heritage and culture of the hard working watermen families of Guinea Neck.

In the early years, the Greater Guinea Folk Festival, as it was first called, was held in the Haynes Plaza Shopping Center at the intersection of Route 17 and Guinea Road.

“We wanted it to be a cultural event to honor the lifestyle of the water folk of Guinea,” said Davis. “In the early years, we had picture displays showing hog killings, cleaning chickens and photos of girls cleaning fish in 1939 at Brown’s Seafood. We focused on old crafts and had photos showing fishnet making, tonging for oysters and fishing pound nets.”

“It was meant to be pretty much homespun fun,” said Davis. “We didn’t try to be like anyone else and I think that is what has made the Jubilee special over the years.”

The event eventually outgrew the shopping center parking lot and in 1992 was moved further into Guinea to the grounds of the Abingdon Ruritan Club where it is held today.

The two-day event features arts & crafts, seafood and food booths of all kinds, rock, country and gospel entertainment on both days, the Kids Crabby Fun Run, the GJ 5K run, and the Guinea Firemen’s Parade, all on Saturday.

Other events include an anchor-throwing contest for adults, a crab pot-pulling contest for men, women and children and a “Wonders of the Water” program designed to educate children and others on the old ways of Guinea Neck—including treading for clams with their feet.

One Guinea tradition is that the men are called Bubba and the ladies Darlin’. So at the end of the day when it is time to go home the Guinea Jubilee Program refers to “The End” with the words “Bubba Takes Darlin’ Home.”

Ham and Easter go hand in hand as springtime traditions. But did you know that 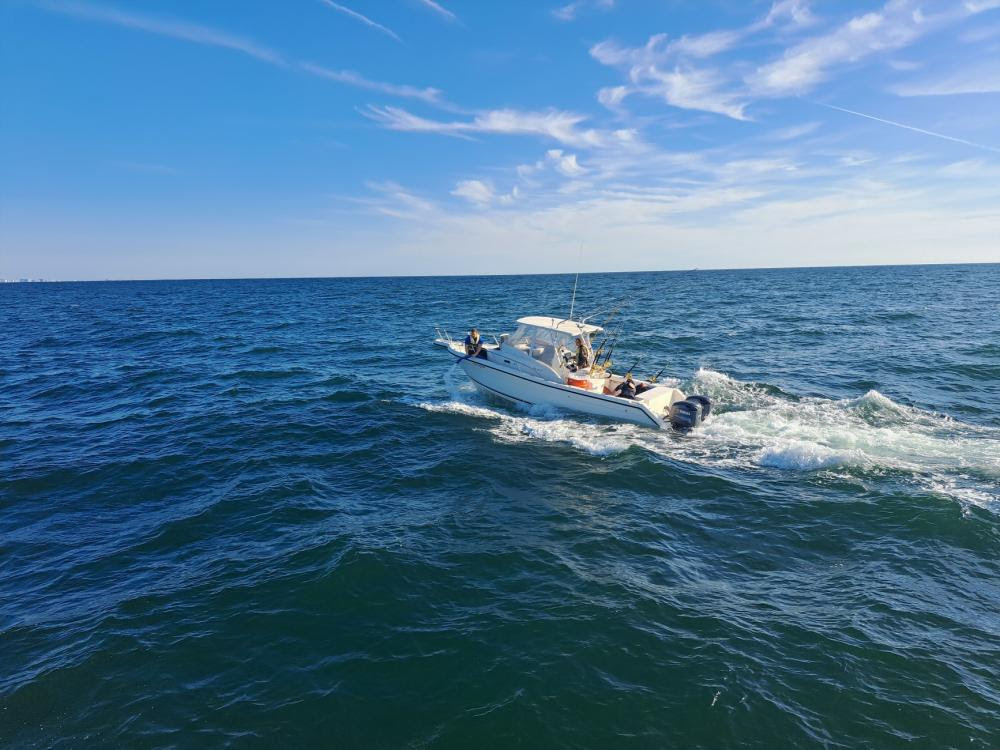 When a fishing boat started taking on water offshore of Ocean City, Md. on Monday

A new 24-hour sailboat race is coming to the Chesapeake Bay next month, in response