Tropical storm watches and warnings, along with a storm surge warning, have now been issued for portions of the Chesapeake Bay as record-breaking Hurricane Dorian moves northeast.

The powerful storm was a Category 5, with 185 mile per hour winds, when it hit the Bahamas and tied for the strongest Atlantic hurricane ever to make landfall. Dorian has caused at least 20 deaths in the islands. It has already weakened significantly, but could cause heavy wind, rain, flooding, and rough seas along the U.S. East Coast.

The Chesapeake Bay region has been on alert for Dorian’s potential impact for days. Virginia declared a state of emergency, and the Coast Guard Captain of the Port for several Bay ports put commercial ships on notice to get ready to leave.

Now, the National Weather Service (NWS) has issued a tropical storm warning for the North Carolina- Virginia border, up to Chincoteague, and also on the Chesapeake Bay from Drum Point southward, and also the tidal Potomac River south of Cobb Island. That means “tropical storm conditions are expected within the warning area within 36 hours.”

Hampton Roads is under a storm surge warning, meaning that “there is a danger of life-threatening inundation from rising water moving inland from the coastline during the next 36 hours.” NWS says people in the area of the warning “should take all necessary actions to protect life and property from rising water and the potential for other dangerous conditions.” The agency warns everyone to follow any evacuation orders promptly.

In a statement Wednesday evening, The National Hurricane Center writes, “Life-threatening storm surge and dangerous winds are expected… in portions of southeast Virginia and the southern Chesapeake Bay, regardless of the exact track of Dorian’s center. Water levels could rise well in advance of the arrival of strong winds.”

With sustained gale-force winds possible within 24 hours, the Captain of the Port for the Port of Hampton Roads set Port Condition Zulu as of 4 p.m. Thursday.

Port Condition Zulu closes the port and suspends all operations. Vessels should find an alternative destination. Recreational boaters should seek safe harbor. The Captain of the Port also reminds boaters that drawbridges won’t be open to boat traffic if sustained winds are over 34 miles per hour, or where an evacuation is underway.

At the Ports of Ocean City (including Ocean City Inlet, Isle of Wight Bay, Assawoman Bay and Sinepuxent Bay, Md.) and in the Chesapeake Bay south of Blackwalnut Point (southernmost tip of Tilghman Island, MD) , the Captain of the Port set a “modified port condition Zulu.” That means these areas are closed to all vessel traffic.

The Port of Baltimore remains open to boat traffic and commercial activities, but, the Captain of the Port says, “all mariners are advised to take prudent actions in heavy weather. “

The Coast Guard reminds everyone to stay off the water in a storm: search and rescue crews won’t be able to reach you as conditions worsen. The agency asks that anyone who can move their vessels out of the water, do so, and that those who can’t, remove emergency beacons, life rings and life jackets. If these break free from the boat in a storm, emergency responders might think someone is missing when they’re not. USCG also urges all boaters to monitor Dorian through news reports and to tune into VHF radio channel 16 for small craft advisories and warnings.

To stay up on the National Hurricane Center’s frequent Dorian updates, click here.

There’s no denying that otters are simply adorable, and thanks to a new exhibit in 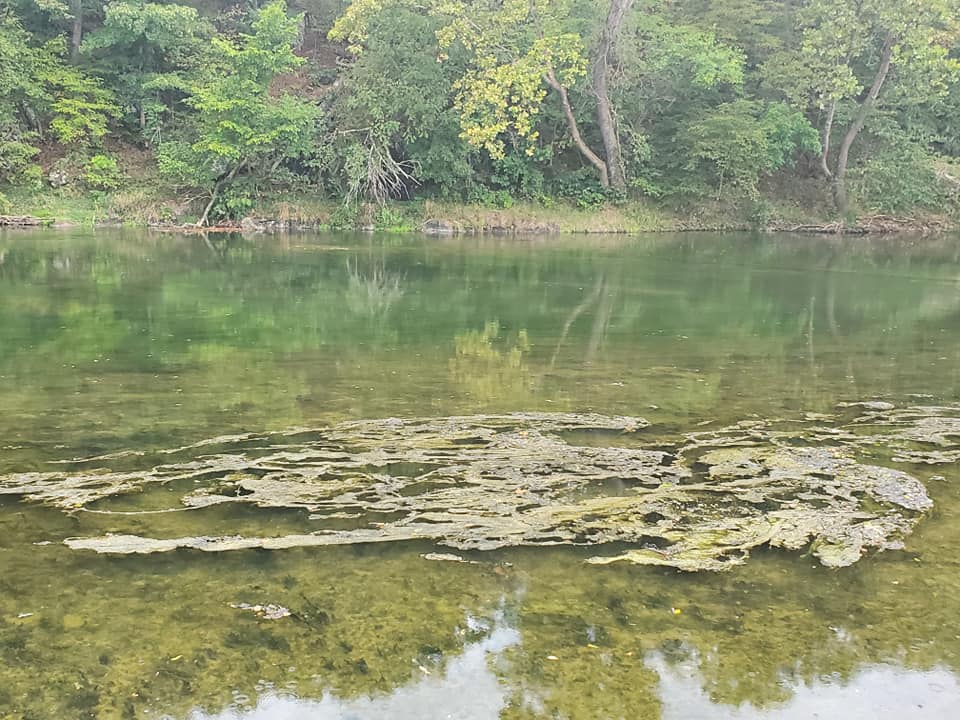 Last week, the Virginia Department of Health (VDH) closed the 52.5-mile section of the Shenandoah