Hurricane Dorian has the attention of the entire U.S. East Coast, after it broke records as a deadly Category 5 storm in the Bahamas. With winds up to 185 miles per hour, Dorian is tied for the strongest Atlantic hurricane ever to make landfall. The death toll was up to seven people in the islands.

While Dorian has weakened significantly, it still poses a danger to the southern East Coast and up to the Chesapeake Bay region. A tropical storm watch is already in effect for the North Carolina-Virginia border to Chincoteague, and for the Chesapeake Bay from Smith Point southward.

Virginia Governor Ralph Northam has declared a state of emergency, to ready resources for evacuations if needed. The governor urges Coastal Virginians to determine which “evacuation zone” you live in, by going to KnowYourZoneVA.org.

As of Tuesday night, a statement from the National Hurricane Center said, “The risk of wind and rain impacts along portions of the Virginia coast and the southern Chesapeake Bay is increasing. Residents of these areas should continue to monitor Dorian.”

As the Chesapeake Bay region watches the evolving forecast, the U.S. Coast Guard is taking no chances at mid-Atlantic ports.

On Tuesday morning, the Captain of the Port set “port condition X-Ray” for the Port of Virginia. That port condition was already set for the ports of Morehead City and Wilmington, North Carolina. Sustained tropical storm-force winds are predicted within the next 48 hours.

Port condition X-ray means that ocean-going vessels and barges over 500 gross tons should make plans to leave Virginia ports. Vessels who want to stay in port as the storm should have already submitted a mooring plan to the Captain of the Port for approval.

At the Ports of Ocean City (including Ocean City Inlet, Isle of Wight Bay, Assawoman Bay and Sinepuxent Bay, Md.) and Delaware Bay, the Captain of the Port set a “modified port condition Whiskey,” asking boats that intend to anchor in port or remain moored at a waterfront facility during the hurricane to get there– now– and to constantly monitor VHF Channel 16.

The captain of the port also warns recreational boaters to seek safe harbor well before storm conditions arrive, and reminds boaters that if sustained winds reach 25 miles per hour or if land evacuations are needed, drawbridges may be closed to water traffic.

The Captain of the Port may upgrade port conditions to further restrict vessel traffic, as tropical storm-force winds approach.

In the meantime, the Coast Guard reminds everyone to stay off the water in a storm: search and rescue crews won’t be able to reach you as conditions worsen. The agency asks that anyone who can move their vessels out of the water, do so, and that those who can’t, remove emergency beacons, life rings and life jackets. If these break free from the boat in a storm, emergency responders might think someone is missing when they’re not. USCG also urges all boaters to monitor Dorian through news reports and to tune into VHF radio channel 16 for small craft advisories and warnings. 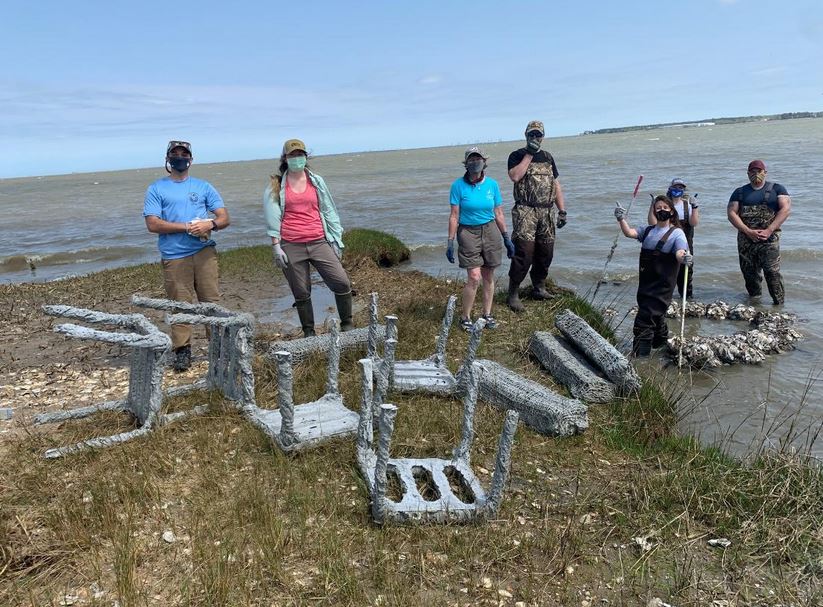 Bulkheads and riprap are out. Living shorelines are in.  Now, a partnership between the Nansemond River

The U.S. Coast Guard is targeting charter boats operating without a license, in a new