The Chesapeake Bay Foundation’s (CBF) Clean the Bay Day may have been canceled for 2020, but CBF has dreamed up a new event, and two of those leading the way are a billion-dollar beer maker and a 15 year old nicknamed “Oyster Boy.”

Instead of a traditional Clean the Bay Day, the foundation’s annual Virginia waterway cleanup, CBF is encouraging Bay savers to take part in “Walk the Watershed”, a virtual fundraising challenge that asks teams to log a combined 200 miles (just about the length of the Chesapeake Bay) of walking and litter cleanup before the end of the month.

Clean the Bay Day, organized by CBF and local partners in the Commonwealth, has been held in early June every year since 1989, removing tens of thousands of pounds of litter and debris from Virginia’s shorelines and waterways. With pandemic-related restrictions on group gatherings, CBF Hampton Roads Grassroots Manager Tanner Council says individuals are still finding ways to help the Bay.

“We’re all reeling from the many changes this year has brought, but the spirit of Clean the Bay Day is alive. Many dedicated Virginians are still doing their part to clean up the environment.”

Among those lacing up to benefit the Bay are team members from Anheuser-Busch’s Williamsburg Brewery.

“We’re setting up a system for employees to sign up to Walk the Watershed and pick up a kit of the supplies they would need to safely be able to have their own cleanup,” says Sarah Schilling, the brewery’s General Manager.

The brewery has partnered with CBF for at least a decade and has found a number of ways to help restore the Chesapeake including reducing water usage and building 150 oyster cages earlier this year, she says.

“Water is a key ingredient in making beer. We wouldn’t be here if we didn’t have high water quality,” says Schilling. “We feel in all of our facilities that it’s our responsibility to help take care of the community whether it be our people, the water supply, the water quality, and the general environmental conditions where we do business.”

To the north in the Richmond area, 15-year-old rising high school sophomore Brennan Lane is also lending a hand and remains vocal about the importance of cleaning up the Bay.

Known affectionately as “Oyster Boy” by a teacher for his mollusk advocacy work (he even created an oyster bill with then-Senator Glen Sturtevant that made it to the House of Representatives), Lane became involved with CBF’s Student Leader program, which connects students to watershed restoration efforts and education.

Lane says there are many ways people can make a difference in the quest for a healthier Bay as they Walk the Watershed this month.

In addition to raising money to plant oysters by walking the 200 miles, “other suggestions to improve the watershed for the 18 million people who call it home include simple things like picking up trash, especially things like pet waste, cigarette butts, and fast food wrappers that can find their way into waterways,” he says.

Lane adds that although many people are just now making their way back outside and air quality improved during times of sheltering-in-place, “that improvement did not necessarily translate into improved water quality. I personally have observed more trash on previously pristine paths with more neighbors venturing outside.”

Next year’s Clean the Bay Day is expected to be back in full force on Saturday, June 5, 2021. 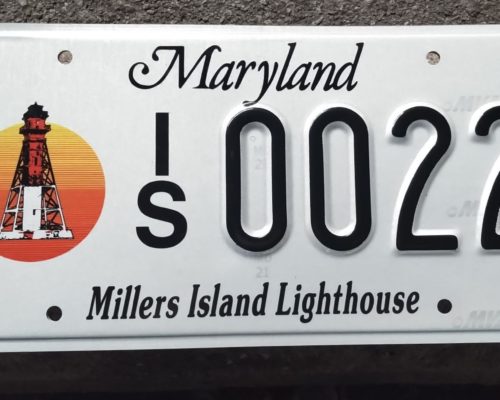 Almost any upper Bay boater knows that Hart-Miller Island is a special place, accessible only