The pilot is Dominion’s precursor for plans to install 180 wind turbines in a leased block on the Atlantic’s continental shelf roughly 27 miles off Virginia Beach, at a cost currently projected at $8 billion. In doing so, Dominion is following a General Assembly directive to eliminate greenhouse gas emissions by 2045.

Running since October, the two 600-foot tall pilot turbines, each driven by three 253-foot-long blades, are giving Dominion’s engineers a real-world education in the potential for Virginia coastal wind power. The turbines’ efficiency over winter and spring is beating the forecasts, and their downtime for maintenance is less than expected (about two percent).  Automated controllers that turn their mounts to “aim” them and adjust the blade angles to “harvest” the wind have proven more effective than human operators.

Still to be determined, though, is how well they perform in the summer months when winds drop below the 5–8 knots needed to start the blades. Scientific field studies are showing fish using the area and minimal interactions with birds, according to cameras on the towers.

The news may be encouraging, but the project still faces many challenges. The immediate one is the environmental impact statement needed for the full 180-turbine wind farm. Dominion plans to have a draft out for public comment next year and a final version in the fall of 2023.

Among the many questions the environmental impact statement must address are how the wind farm might affect existing commercial and recreational fisheries within the wind farm’s block of the shelf; the migrations of right whales, great white sharks, and giant bluefin tuna; and the considerable commercial shipping traffic; and how Dominion plans to address these concerns. Dominion must ask the federal Bureau of Ocean Energy Management to review and approve the wind farm’s construction and operations plan. It also needs review, approval, and permits from the U.S. Army Corps of Engineers, the National Marine Fisheries Service, the Virginia Marine Resources Commission, and the Virginia Department of Environmental Quality.

Then there’s the issue of collecting the power the farm’s turbines generate and sending it ashore via high-voltage lines connecting to Dominion’s 500-kilovolt transmission network in Chesapeake. That part of the project requires review and approval from Virginia’s State Corporation Commission.

A key issue will be the impact on ratepayers. The General Assembly has directed the commission to deem the project to be in the public interest. The aim is to begin installing the wind farm turbines, power lines and an offshore substation in 2024 and connect them to the grid in 2026. Construction of a specialized vessel for installing the turbine towers is underway at a U.S. shipyard, along with building of service vessels and onshore infrastructure. Dominion Energy believes that it can and will meet the considerable challenges this project poses, and in doing so, will deliver major environmental and economic benefits for Virginia.  Bay Bulletin will follow it closely. Stay tuned. 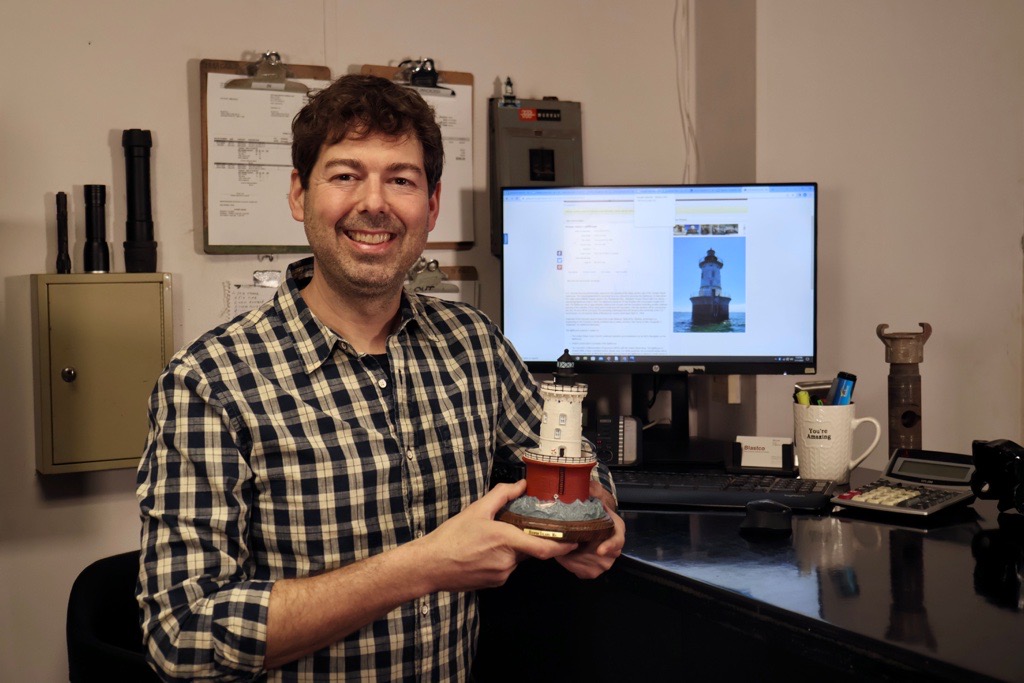 First, it was a novelty—a decrepit, inhospitable lighthouse for sale in the Chesapeake Bay. Then,