The History of the Two JohnsBy Dick Cooper

Time has not been kind to the remnants of John Crossy’s estate on the Choptank River. The spreading trees still cast their shade, but if it weren’t for the digital archives of the Denton Journal, a manila file folder in the Caroline County Library and a vague collective memory, the story of how vaudevillians found a quiet retreat on the Eastern Shore could easily have been lost.

Crossy, who was known professionally by his stage name, John C. “Fattie” Stewart, was a big deal on the national entertainment scene in the last quarter of the 19th Century. He came to America from Ireland when he was nine years old and found fame and wealth on the American stage. Crossy owned theaters in Philadelphia, wrote stage plays (some of which are still on file in the Library of Congress), starred in his own productions, and hobnobbed with the A-list celebrities of the day. His primary money makers were his traveling variety shows Two Johns and later, The Fat Men’s Club. The farces made theater-goers laugh until they cried, from Eufaula, Alabama to Reno, Nevada and a hundred other whistle-stop towns between New York and San Francisco, or at least that’s what his publicity blurbs claimed.

Like so many playwrights throughout the centuries, Crossy stole a lot of his material from Shakespeare. His Two Johns script was a straight rip-off of the Bard’s Comedy of Errors. Instead of twins separated at birth and constantly being mistaken for each other, Crossy played the lead and hired a succession of other portly actors to portray his opposite number as they cavorted through a series of sight gags, prat falls and obviously missed stage cues.

In the days before air conditioning, city theatres closed for business in the summer months. Crossy and his wife, Isabell, also an established playwright, were attracted to the cool Choptank breezes and bought the 400-acre Caroline County property to be their summer home as a respite from the circuit. They promptly renamed their new home Two Johns in honor of the source of their wealth. The farm, which had been known as Keene’s Landing, was previously owned by the Stantons, “a family of substance,” according to the Journal. M. Hall Stanton, who was born on the farm, moved to Philadelphia in the late 1840s and married into a wealthy socialite family. He went into the banking and brokerage business with his father-in-law, was elected to the Philadelphia City Council during the Civil War, and served as president of the city’s school board for several years. The Stanton pedigree gave the farm a certain cachet in the county. Prestige was something Crossy had been chasing since he emigrated from Dublin, and he flaunted it on the Eastern Shore. He wore his big mustache well-waxed, carried a gold cane, dressed in tailored suits and gave dramatic readings at the Denton Academy.

Under the headline “A Notable Wedding Anniversary,” a Denton Journal reporter wrote in the June 28, 1884 edition, “Right Royally did Mr. and Mrs. John S. Crossy celebrate their silver wedding anniversary on Saturday evening last. Crossy’s is the old Keene’s Landing property, delightfully located on the noble Choptank but improved and adorned by the care of the present owner beyond recognition. … Mr. Crossy, who is an actor, bought the place for a summer home and here he gives himself over three months in the year to comforts unalloyed. A commodious dwelling with broad grounds and walks, over which trees cast a welcome shade, looks out upon the cove-line bend in the Choptank and its murmuring water are met by graceful terrace of the eminence.”

For the writer and 50 Caroline County dignitaries who attended the party, the night was just getting started. “A long outdoor table and dancing pavilion had been erected and activity and bustle were noticeable among the many servants…. The sumptuous viands of the table were fully enjoyed. Dancing held sway alternately with promenading and engaging in tête-a-têtes under the spreading trees. Music, both vocal and instrument, furnished by the Crossy family, delighted the visitors” He also noted that after a fireworks show, Crossy let the visitors know that the Sabbath was fast approaching and wished them well as they departed back upstream on the privately-chartered steamer Highland Light, to make sure they were home before midnight.

By 1884, the Crossys were established in the rural community, and their fellow theatrical stars arrived regularly by steamboat from Baltimore and train from Philadelphia to enjoy the clean country air. The main house itself was rebuilt into a gingerbread mansion with 21 rooms, peaked gables and a garret. He made a big impression when he introduced his fellow vaudevillians around Denton. His summer guests included his Two Johns co-stars, John Hart, a well-established actor, and Frank Rush, who, before he joined Two Johns, turned down an offer from P.T. Barnum to appear in his show as the “Fattest Boy in the World.” When Hart paid a visit to Crossy, the Journal reported that “the two Johns weigh 300 pounds each and are enjoying themselves in proportion to their size.” One of the frequent guests was Paul Dresser, a popular composer, singer and actor who became best known for writing the song “On the Banks of the Wabash, Far Away.” Dresser had changed his name from Dreiser when he left home as a teen-ager to join a minstrel show as a piano player. Besides being a performer in his own right, his songs were regularly recorded by other artists on Thomas Edison’s new phonograph. He was also the older brother of best-selling novelist, Theodore Dreiser.

Through the 1880s and well into the next decade Crossy did much more than enjoy the comforts of his estate. He built a general store that he advertised as “The Largest and Best Stocked Store on the Peninsula.” His newspaper ads boasted, “We can dress man, woman, boy, girl and infant from head to foot; we can furnish a house from garret to cellar; we can supply any mechanic with tools; we can furnish you with the finest Groceries.” He also built a saw mill, a grist mill (40- cent discount on flour if you brought your own barrel) and a fertilizer plant. His wharf was a regular stop for Choptank River steamboats and he became the postmaster of Two Johns, which began appearing as a location on area maps and riverboat schedules. He was a major advertiser in the Denton Journal, taking out large display ads for his enterprises that he promoted as being easily reachable on a “prime shell pike.”

The Journal reciprocated by reporting on Crossy’s social gatherings and home improvements, noting in one edition that he had installed a new-fangled steam-heating system in the manor house.  The newspaper marked the Crossys’ return to Caroline County every May as a major local news event. Throughout the summer months, Crossy could be seen on the river aboard his private steamboat, the John S. Crossy, a 46-footer “with a large hurricane deck” that could get up a head of steam, burning “coal, wood or naphtha.”

Two Johns continued its national run with the troupe moving back and forth across the country as fast as the trains could take them. They played extensively throughout the Midwest and South, making headlines from Newport, Nebraska to Logansport, Indiana, to Savannah, Georgia. The rave reviews followed them: “You will laugh until given further orders at the Two Johns,” and “From the time the first curtain went up until the final fall there was a continuous guffaw.” But not all of the critics were so smitten. In 1888, a San Francisco Chronicle writer put it this way: “The Bush Theatre has been inflicted with something called Two Johns. It looks as if two fat men have met who found they could make up like one another and conclude that the Creator had designed them for public exhibition. But they have made a mistake in the intentions of the Creator. He evidently meant them for the dime museum.”

As the 1890s drew to a close, so did John Crossy’s life as landed gentry in Caroline County. The theatrical tastes of the nation were changing and the box office for even Two Johns was contracting. In 1897, the Two Johns farm, mansion and outbuildings were on the brink of foreclosure. After the sinking of the battleship U.S.S. Maine in Havana Harbor in 1898, Crossy told the Baltimore American he wanted to turn his summer home into an orphanage for children of those sailors who perished in the explosion and tried to raise money for the scheme, but it never made it past the idea stage. The Crossys sold Two Johns in 1900 and moved to St. Louis, Missouri, to live with their son, a physician.

John Stewart Crossy was 71 when he died in his son’s home of heart failure in 1905. His death was reported in newspapers throughout the United States and Canada where he was remembered as “the famous fat man.” The Denton Journal carried his obituary on the front page, reporting, “For a number of years, Mr. Crossy spent his summers at Two Johns, this county, where he owned and occupied a large and beautiful home overlooking the Choptank River. He was a fine comedian and was known all over the country.” Isabell Crossy died in St. Louis in 1935. She was 93.

The legend of the Vaudevillians on the Choptank continued well into the 20th Century in a variety of versions. Author Hulbert Footner retold it in his 1944 book Rivers of the Eastern Shore. He wrote that John C. Stewart and John S. Crossy were two people. “Vaudeville actors who had gravitated together as a team because they looked as much alike as twins.” He went on to write that the people of Caroline County “were amazed by the goings-on at the Two Johns; not understanding it at all, they naturally thought the worst.” Footner did explore the ruins of the Victorian mansion before he wrote his book. He described it as having a “dizzy facade, like an extravaganza of 1885, with its bay windows, fancy porches, gingerbread work and absurd little wooden tower topping it all.”

In 1947, the old house went up in flames. The Denton Journal’s front-page story repeated the story that the mansion had been the summer home of two rotund actors, this time misspelling Crossy’s name as “J. Stuart Crossey.” According to the news account, the men christened their new home “Two Johns” and after it was built “the steamboat from Baltimore made it a regular stop and almost every day brought gay parties of guests. The Two Johns eventually fell on evil days. Crossey died in a garret, according to the best Bohemian tradition, and his partner dropped out of sight.”

Now, all that remains of the bustling complex on the Choptank are the Two Johns name on the map, a suburban housing development off Harmony Road south of Denton that bears its name and a Caroline County Parks and Recreation public boat landing on the site where Crossy built his wharf. As a final affront to the memory of the Crossys and their band of hard-partying thespians, the landing is closed to the public from dusk until dawn.

Dick Cooper is a Pulitzer Prize-winning journalist, teacher and photographer with more than forty years of deadlines in his wake. He and his wife, Pat, live along and sail from the Miles River. 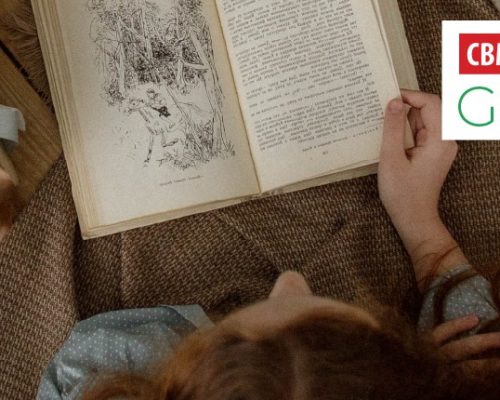 The Gift of Story

If you ask us, nothing makes a better gift than a book. Here’s what we’re 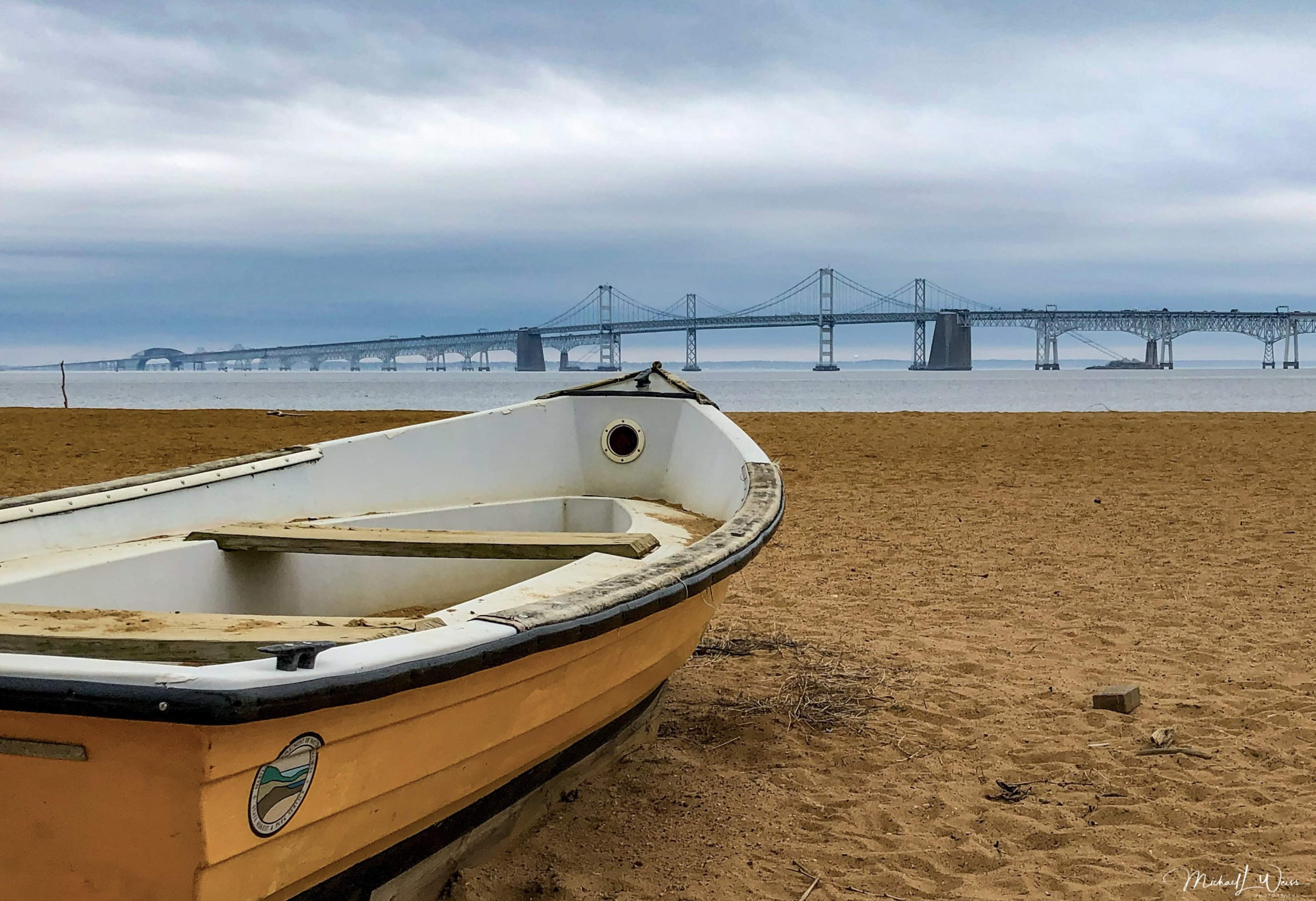 What would a Chesapeake Bay National Recreation Area Look Like?