The coastal flooding that seeped into several bayfront communities this past weekend posed a special challenge in flood-prone downtown Annapolis, right in the midst of the nation’s biggest in-water sailboat show.

Here is the full statement that a spokesperson for Annapolis Boat Shows released to Bay Bulletin on its response to the high water:

“We never closed the show.  We did stop selling tickets and allowing new people in at about 4pm Saturday.  Soon after that time, the flooding had so overwhelmed the city’s infrastructure and ability to handle it and became just too deep in certain areas.  We shut power down along Susan Campbell Park and started to gently move the crowds to the floating docks and higher ground on the Compromise Street side.  Those consumers who were spending their time on boats and floating docks never actually knew there was a flood problem until they tried to come ashore.  The show stayed open until the normal 6:30 closing time.

Remarkably, our attendance for Saturday were near record numbers and we accomplished that out of only two of the five existing gates.  Two of our main entrances were under water throughout the entire day of Saturday. Our operations management and crew, Nash Events staff, and our tent/floor contractor, Select Events worked tirelessly to build walkways, raise exhibitor floors, secure ramps onto floating docks, and keep the area relatively safe.  No significant injuries were reported and exhibitors made the best of a disastrous situation.” 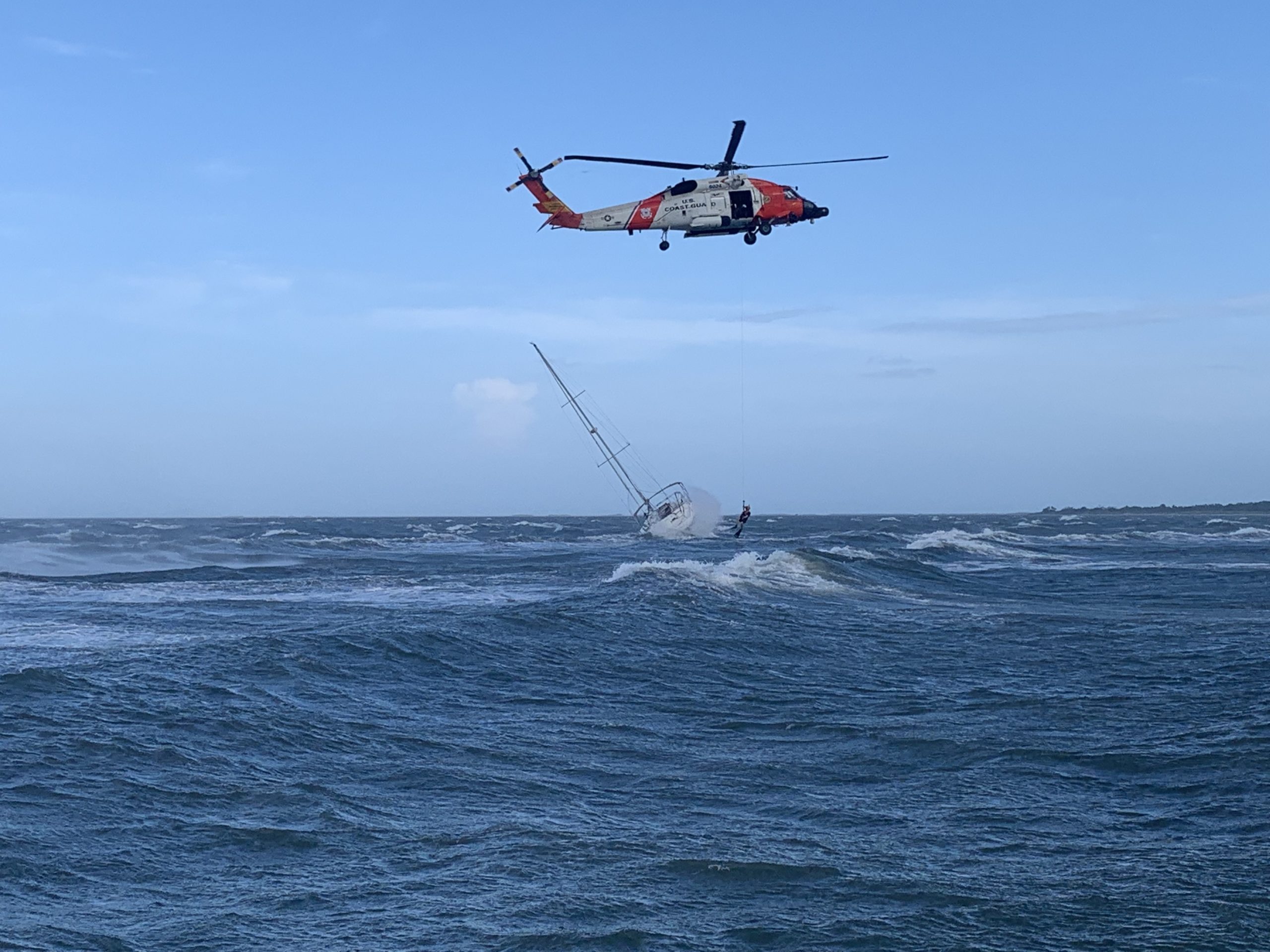 VIDEO: 3 Sailors Airlifted out of Chincoteague Inlet During Ida Aftermath

In the midst of Ida’s powerful impact on the Mid-Atlantic, three sailors found themselves stranded